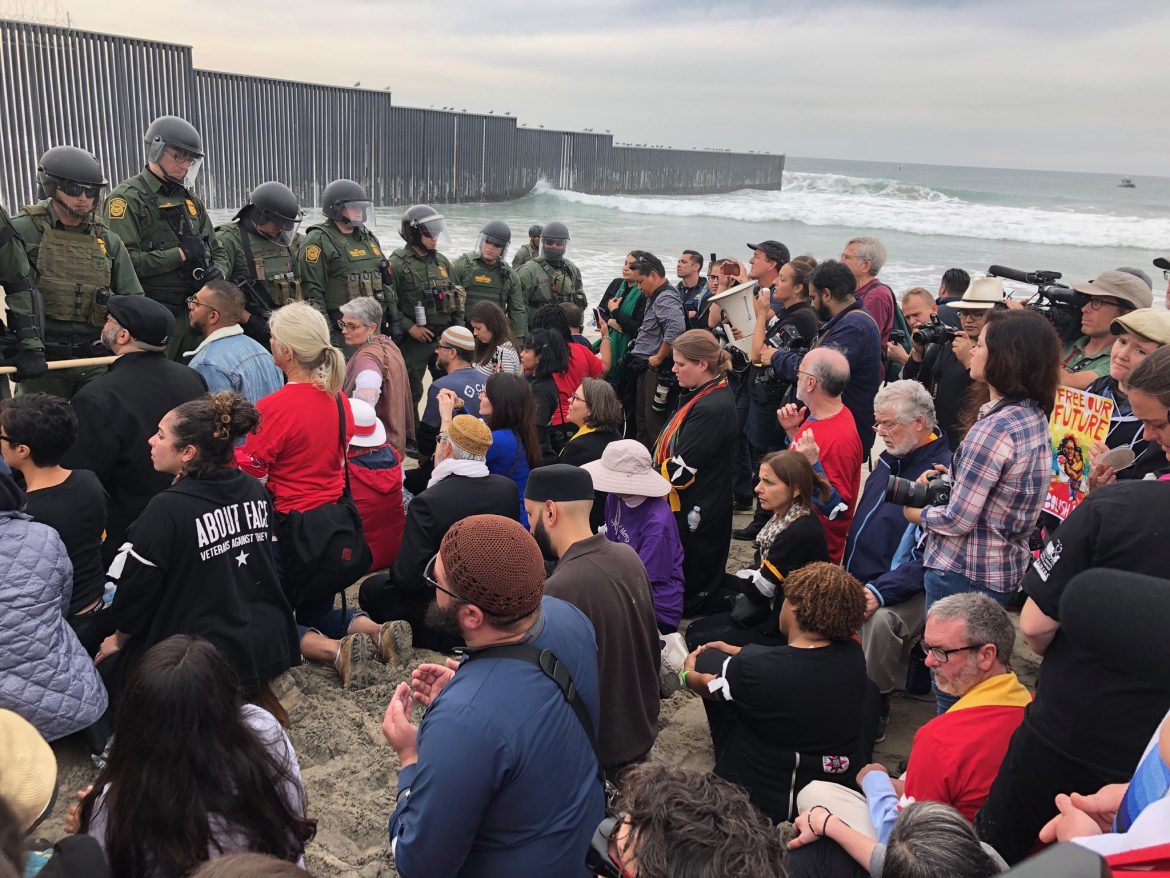 To write about hope today requires quite some chuzpah. The past year has brought us many things. Yet, most of them rather gave us further reasons for despair instead of offering us clues for anticipating the future filled with a sense of hope. Political catastrophes were closely followed by a whole series of natural disasters. Moreover, for the first time in more than two decades there is a serious threat of nuclear confrontation, the sure road to annihilation. Hope seems to be the trope and general feeling of a bygone era. Dark shadows are looming over the present.

Nevertheless, in the same year that brought us the disruptive policies of the Trump administration, the Las Vegas Shooting, Hurricane Harvey and the Thomas Fire, Ronald Aronson has decided to dedicate a whole book to a topic he has been writing about for decades: Hope. In We – Reviving Social Hope Aronson brings together all of his previous reflections on the topic and puts forward a passionate plea for the importance of reviving social hope today.

Yet, readers looking for guidance on how to do that will not be satisfied with Aronson’s book. We does not provide concrete strategies for how to reestablish hope today, nor does it seek to do so. Rather, the book delineates what hope is, how hope emerges, and why hope is in trouble today. Equipped with this understanding the readers of We are left figuring out their own strategies. Some might find this disappointing. Yet, in a sense the absence of strategic guidance in We only highlights the book’s central idea with regard to hope: Hope emerges through action, through people coming together to engage in common struggle.

Contrary to popular belief, hope is thus neither an individual feeling nor an attitude according to Aronson. Rather, it is a sense of possibility which flows directly from collective action. Hope, in this regard, is profoundly social—both in origin and outlook. It is based on the realization that we are social beings who are intimately connected to each other and the environment, across time and space. Thus, people who desire to profoundly change the society and culture they live in need to come together to seek collective solutions to personal and systemic problems. And if they do so, they create a sense of possibility through their actions which reassures them that their efforts will lead towards the desired outcome in the end.

In unison with growing this sense of possibility, those united in common struggle develop a vision of a collectivity larger than themselves, a sense of we. Drawing upon Jean-Paul Sartre, Aronson notes that we has nothing to do with the narrow and rigid us of Trumpism and other discriminatory doctrines. Rather, we is characterized by openness, inclusiveness and dynamism. It is “a project, not an entity” as Aronson puts it, a collective identity actively created by people hopeful that their common efforts will succeed. In this coming alive of we is where social hope ultimately resides.

Yet, why is hope in trouble today? Aronson gives his readers three reasons why. First, a widespread culture of cynicism keeps many people from getting active these days. Without collective action, however, hope cannot emerge. Cynicism in this sense prevents hope from being generated. In fact, it is the antithesis of hope because cynicism denies any possibility that things might get better one day. For the cynic, people are simply too self-centered and the system too rigged to allow for profound change. So why even try?

Aronson urges his readers to stop viewing the cynical outlook as a personal disorder though. Rather, today’s hyper-individualistic consumer culture fosters cynicism’s proliferation. By giving people the impression that the world solely revolves around them, hyper-individualism fundamentally isolates individuals from each other. As a result, they start to deny the existence of the collective world we all share and which forms our very identities. Collective action suddenly becomes unfeasible. Instead of realizing that we are all in this together, hyper-individualism tells us that everybody fends for herself in the end.

In its wake, this hyper-individualistic outlook brings about a twisted understanding of what hope is. In a society where the me constitutes the center of attention, hope has morphed into a strictly private matter. Aronson calls this “the privatization of hope”. Hyper-individualism has taught us to conceive of hope as being tied to our personal lives, not to collective action. Everyone forges her own destiny. Thus, we have learned to ask ourselves what we can hope for ourselves, not what we can achieve in common struggle. Hope thus looses both its transformative impetus and its collective nature. It becomes something we have, not something we create in concert with others.

The third reason why hope is in trouble today, according to Aronson, is because the notion of progress it invokes has been seriously discredited during the past century. The gulags, concentration camps, and weapons of mass destruction bear witness to the dark side of technological progress. They are painful reminders that regression into barbarity is possible. So how can we even conceive of progress anymore today, particularly in the sense of how progressives have understood it in the past: As humanity’s gradual ascent towards a more just, more equal, more enlightened state?

Aronson points out that, in fact, we need to get rid of this grand narrative of Progress spelled with a capital P. Because, ultimately, it leads to apathy and thus prevents the flourishing of hope. Progress is neither inevitable nor are civilizational and social achievements set in stone. Just like hope they require constant action. The social movements of the 20th century exemplify this. Without the patient and enduring work of thousands of activists, civilizational and social achievements like civil rights, women’s rights, workers’ rights, or LGBQ rights could not have been achieved for society as a whole. Not just the past couple of months have shown, however, that the achievements of previous struggles need to be constantly defended against reactionary forces.

Realizing this does not mean that we have to abandon our belief in social progress altogether, and, by doing so, abandon hope. Discarding the grand narrative of Progress allows us to gain a better understanding of what is at stake today and what is required of us to do. Aronson’s book helps us to see the odds we are set against. Widespread cynicism, a privatized notion of hope, and a deep-seated skepticism towards the possibility of social progress characterize our hyper-individualistic culture. They make it hard for us to revive social hope today because, ultimately, they isolates us from each other and, in so doing, destroy the very foundation for the emergence of hope .

Although Aronson’s book does not highlight concrete steps to overcome this predicament, it does not leave its readers completely stunned and clueless in the end. By pointing out again and again that hope and social progress reside in collective action, Aronson calls on us to leave our lonely planets of hyper-individualism behind to join others in common struggles for a better world. Because only when we become active in concert with others, a sense of we and hope can materialize.

Full-disclosure: The author of this review makes an appearance in the last chapter of We as a co-organizer of an alternative summer break program with the Eden Garden Block Club from Detroit.

Richard A. Bachmann is an adjunct assistant lecturer in American studies at Leipzig University, Germany. He spent a year at the Holocaust Memorial Center in Farmington Hills, MI as a Service for Peace Fellow for Action Reconciliation Service for Peace (ARSP). Inspired by the experience, Richard helped to create the Growing Together Detroit alternative summer break program in Detroit, and joined the staff of the Germany Close Up: American Jews Meet Modern Germany program for which he continues to work as a guide.