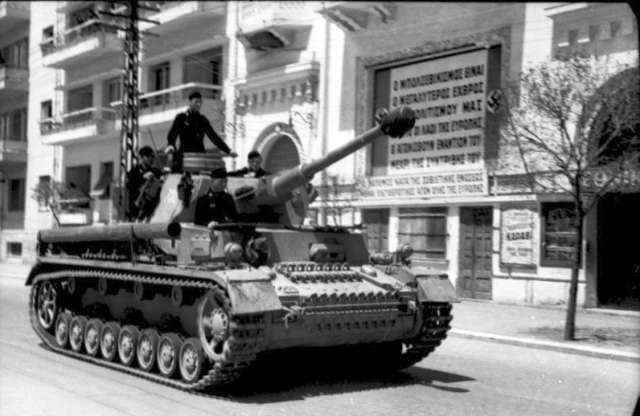 The recent Greek film “Cloudy Sunday,” which I saw last week at the San Francisco Greek Film Festival, tells the story of the Nazi occupation of Thessaloniki in 1942 and the eventual annihilation of the Jews living there. Among the many striking aspects of the film was the Nazi leaders’ understanding of what we might call the “pacing” of Jewish annihilation—the need to gradualize the brutality enacted upon the demonized Jews in order to calibrate it with the indifference required of the Greek Christian majority. As the film shows in one violent street scene in particular, some of the Greek Christian population drifted toward siding with the Nazis while others resisted and opposed the dehumanization of the Greek Jews, but as the director Manoussos Manoussakis said to me afterwards, the overwhelming majority were precisely “indifferent,” in the root sense of “seeking to not make any difference.” How was the pace of the rise in fascist violence tied to the pace of Greek Christian indifference?

The deep answer to this question comes into focus once we understand that both the fascist and the indifferent bystander are manifesting a weakness of Being, and a weakness not in the individual sense of suffering from a widespread psychological illness, but in the social sense of enacting a common flight from their true social being as grounded human persons seeking the love and affirmation of fellow humans. In the context of the occupation of Thessaloniki, the Nazis were “enacting” an imaginary identity as proud Germans and proud Aryans—their pride being an inflated reaction of their collective false self against the supposed humiliation that they had endured after World War I, the Versailles treaty, the dissolution of the German currency, the spiritual flimsiness of the liberal Weimar Republic, and the descent into decadence and impurity of their art and culture. But the actual vulnerability to humiliation within the heart of the Nazis was not in the post-WWI fragility of the various manifestations of their national identity, but in a deeper terror that their imaginary “Germanness” was a defense against—namely, the humiliation of never having been seen as whole and present human beings worthy of being loved and embraced by the other, by any other actual person. This deepest of fears reflects a social hemorrhage that was at the core of—was the worm inside of—so-called “German identity” itself. But insofar as the Nazis had felt compelled to abandon the truly human beloved world for an imaginary world, they were seeking above all to prop up the defense of their imaginary identity of “pure” Germanness against the various threats that threatened (in their minds) to undermine it.

And when the fragile nationalist feels the need to prop up the defensive “outer” dimension of the collective false self, he or she always must construct a demonized Other to serve as the ontological vehicle for his or her own self-aggrandizement. The very purpose of the demonization of “the Jews” as an imaginary Other is to sustain, to prop up, the flight of the Nazis’ own collective nationalist exterior, precisely because the Nazi knows that this “outer” identity is false and in danger of collapse upon its own nothingness. Deep down, the Nazi longs to love and be loved, to truly see and be seen or “recognized,” by this person next to him/her, by any person next to him/her who is really here in the present moment. But lost in his or her head and in terror of the risk of humiliation and rejection of his/her Being that is silently corroding his/her inner core, he/she must keep puffing up the outer self of Nazihood by identifying a symbolized threat to it and then seeking to eradicate that threat. The fear of the real other is displaced onto a fear of an imaginary Other, just as the longing to connect with a real other is displaced onto the hyper-cathected fusion of an imaginary community.

Yet when the Nazis entered Thessaloniki with its more than 60,000 Jews, the largest Jewish population in Greece, they could not simply wipe out the Jews, in part because they had to monitor the balance between the residual presence of their true Being and the propped-up collective false self within their own German ranks, even among their own soldiers…and in part also because they had to “hold in indifference” (or “neutralize”) the Greek Christian majority which vastly outnumbered them. With regard to their own collective consciousness, the film shows that the Nazis only gradually increased the level of brutalization of the Jews—first issuing edicts limiting Jewish employment and other participation in the city’s life, then requiring the wearing of yellow Jewish stars, then engaging in random street violence, then instituting by force the creation of the Jewish ghetto, and only finally shipping the Jews by train to Poland for a “relocation” that we know is really to the death camps. Coupled with the dissemination of dehumanizing propaganda (through newspapers, flyers dropped from planes, and signs scrawled across store windows), these gradual actions succeeded in seducing the false self of the youngest and least statured of Nazi soldiers into identifying more and more with the accentuation of their German pride as against their inner fragile and under-developed actual humanity. Thus the young conscript just beginning to get high on his outer Naziness can only move toward the acceptance of the need for a truly “final solution” by the graduated practice of violence upon the symbolic object onto which the threat of humiliation has been channeled: only gradually can this young man come to accept that “the Jews” must be gotten rid of altogether.  Thus the gradual increase of violence toward the hated symbolic object permits the winning over of the Nazis own recruits to side with the ascendance of the collective false self, their collective Nazihood, against their own never-entirely-silenced humanity.

And as it wins over the Nazi soldier to the later “work” (as Himmler called it) of extermination, so also it is the gradual increase in the level of violence that wins over the Greek majority by maintaining the detachment from Being that supports the Greek majority’s indifference to what is unfolding in front of them. In 1942 as today, Thessaloniki was the second largest city in Greece, and the Greek population vastly outnumbered the Nazi occupying force. To keep this majority from joining the resistance in large numbers as the resistance implicitly transmitted its “call of conscience” toward fellow Greeks under occupation, the Nazis had to intuit the precise level of violence toward the Jews needed to frighten the Greek majority into not opposing the Jews’ dehumanization. And that level of violence the Nazi could measure by intuiting also the weakness of Being within the Greeks as a social community, bound together by their Greekness, by their “national identity,” but not fully bound together in the authentic humanity that transcends mere national identity. In this sense the Greekness of the Greeks was like the Germanness of the Germans, in the way that all predominantly national identities in part substitute an imaginary sense of community for the real thing. It is because of this that the Greek majority, though they vastly outnumbered the Nazi invading force, could be “bought off” by being offered physical safety in exchange for remaining detached from the call of their own ontological conscience. To accomplish this feat, the Nazis could not jolt the Greeks, in their collective “Greek being,” into awakening to the prospective annihilation of their fellow humans. Instead, they had to be inoculated gradually to this coming annihilation, which the Nazis accomplished by intuiting at each point in the process the exact amount of public violence required to maintain the path toward annihilation of their projected, threatening symbolic object, while seducing the Greek Christian majority into maintaining their quiescence, their acquiescence, their indifference.  In this sense the weakness of Being within the Nazis as a collective, imaginary social community linked itself up to the weakness of Being within the Greek Christian majority, and formed a single collective being in flight from Being itself, from the ontological truth that they were participating in the actual extermination of almost 50,000 of their own identically human members crying out to be loved and embraced, to be saved, by others of their own inherently social, inherently sacred species with whom they were bound in common Presence.

And as the film also reveals, once each step in the process of collective dehumanization was reached, no backward step was possible, precisely because any backward step, any recovery of collective humanity, would have brought both the Nazis and the Greeks face to face with their own guilt at the ontological path they had embarked upon.  Underneath that collective guilt and deeper still than the guilt itself was the fearful child longing to escape from the dehumanizing and dehumanized adult that it had become, longing for a true mutual recognition with the other and with all other humans and yet fearing that very impulse, because of the risk of humiliation attendant to it. If the Nazi were to step back from his or her violence and reveal his or her true longing for love and acceptance and embrace, he or she would have to also be revealing a vulnerability to the other too threatening to risk, a vulnerability that impelled his or her flight into Nazihood in the first place. And the Greek Christian too, having committed him- or herself to the flight implicit in “indifference” to the suffering of his brothers and sisters, could not reverse course without revealing the guilt and vulnerability underlying that earlier detachment, even as—in the film’s last scene– the Jews were finally being herded onto the “relocation” train that was in fact bound for Auschwitz.

Out of this collective weakness of our historical social being, 95% of the Jews of Thessaloniki were sent to their extermination. To make progress in our own collective evolution against the tendency to flee the longing for loving mutual recognition that ceaselessly animates our own collective soul, we must incorporate a spiritual dimension into our own activism, our own upward movement as a common humanity.  For it is out of our own acknowledgment of and embrace of our own collective inner vulnerability that we can make explicit our openhearted Presence before the sacredness of the other, the I and Thou that will one day complete us as social beings and overcome the legacy of fear of the other that underlies the repetition of social violence that, until we discover and affirm our spiritual essence, will keep reproducing human suffering and blocking our way forward. All that had to happen to prevent the human catastrophe depicted in “Cloudy Sunday” was for Being itself, at any moment in the catastrophe’s unfolding, to simply open its self to its own truth. But this cannot occur in actual historical reality until a “we” emerges that has the collective spiritual strength to thaw and then to overcome the collective fear of humiliation, traceable back to every person’s earliest entry into our still alienated social world, that has thus far diverted us from our own salvation.

Peter Gabel is editor-at-large of Tikkun and the author most recently of The Desire for Mutual Recognition, published by Routledge Press.