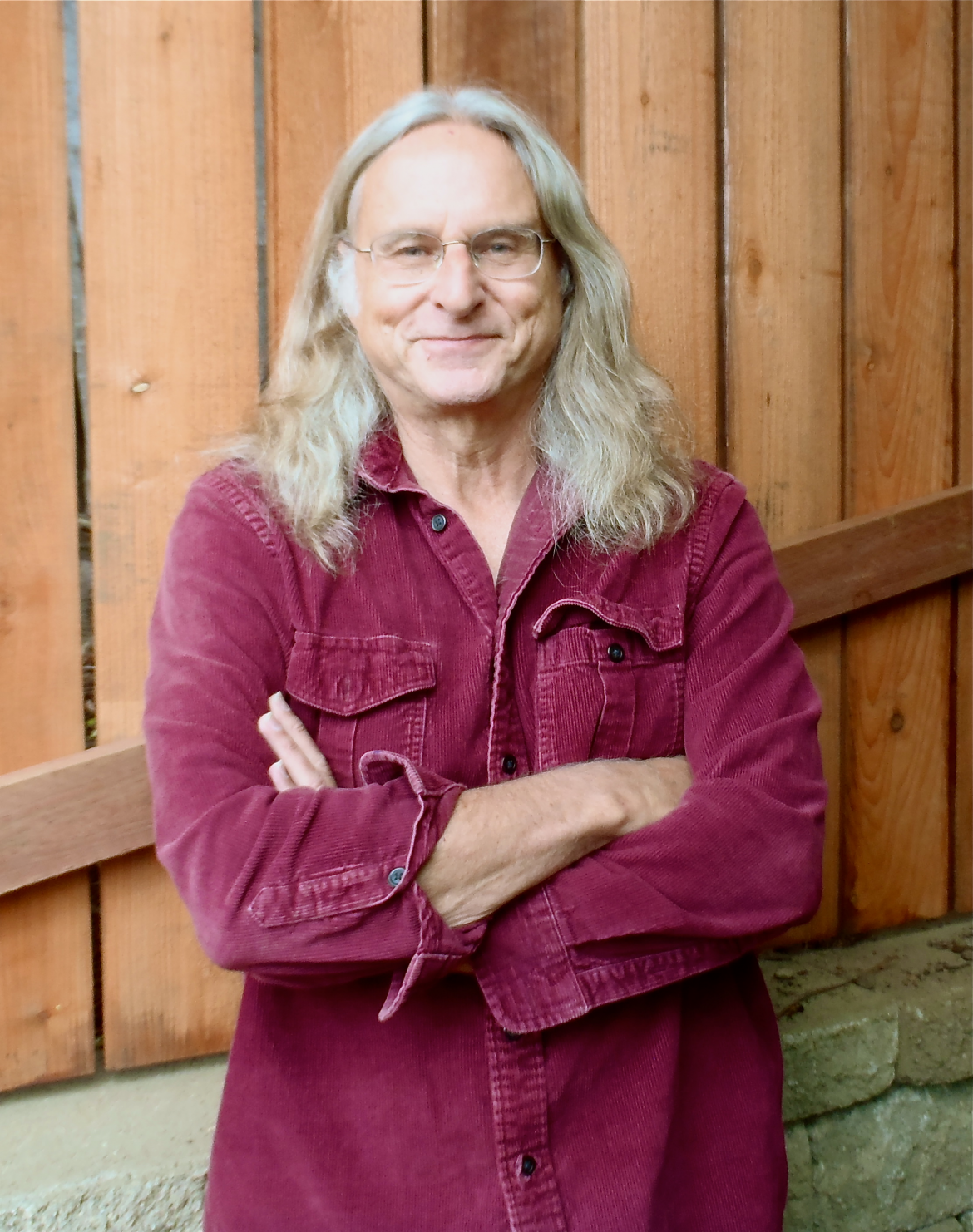 [EDITOR'S NOTE: Peter Gabel helps us understand why a social change movement must create and sustain a feeling of deep connection to each other and to the experience
of being recognized by each other if it is to have any chance of success. A fuller
development of his themes is in his book The Desire for Mutual Recognition--very important to read and study. And if you agree with him, but wonder what are the next steps, my book Revolutionary Love provides some guidance in how to build such a movement and Cat Zavis' Spiritual Activist Training will give you the skills to be an effective activist for social transformation. --Rabbi Michael Lerner rabbilerner.tikkun@gmail.com]

The Bioenergetics of Authoritarianism

When we fully enter into each other’s presence, when we fully recognize each other in our sacred humanity, we actually experience the energetic flow that connects us. We emit an invisible but palpable radiance linking the poles of our Being as we come into connection and experience one another as here, as here together embraced in each other’s sight. This kind of encounter—occurring sometimes in two-person encounters and ubiquitously in the “rising” period of liberatory social movements as this mutual recognition ricochets into a powerful social force—is inherently egalitarian. No one is experienced as above or underneath anyone else, but rather we all experience each other as fully present together in the same space, on the same solid ground of Being. We form a real and felt “we”, not an imagined “we” “out there” that we imagine we are a part of.

But when we cannot experience the true presence of the other because we have been conditioned to fear the other as a threat to our ontological integrity, when the other’s gaze seems to carry the threat of some fundamental humiliation of our being that must be guarded against, we pool up our longing for authentic human connection behind a series of roles and performances that leave us starved for true community. As we whirl in the Hall of Mirrors that keep us spinning at a distance moving through the reflected selves that are not our real selves, we long for the grace of the other’s true presence, the co-presence of I and Thou that would allow us to be here together on the same ground. Scattering out among the rotations of representations, the “center cannot hold,” and the bioenergetic force that animates us towards connection, cut off from its source of completion in and through each other, desperately seeks out some substitute way to find an outlet to express itself.

Understood collectively, this force of blocked connection channels itself, outward from multiple poles, toward a common leader who uses this force to create a false-we, an imaginary We, that each isolated person can imaginarily feel a part of. In the reality of its Being here on the ground, the group thus formed is characterized by universal separation resulting from a circulating fear of the other, of each other. But in the imaginary, the group feels united, filling with bioenergetic passion what is missing, what is actually everywhere blocked here in the present moment. Everyone is there; no one is here.

This is what is occurring today among the avid supporters—the so-called “base--of Donald Trump. Within the base as a living bioenergetic field, everyone’s blocked energy toward real others, which is an inherently loving and mutually recognizing energy, is displaced outward onto the imaginary leader who then channels it back toward the group in a form that carries both the ideal bond of the imaginary “we”-- (Make America Great Again)-- and the fear of the real other that is displaced onto one or other imaginary substitute threat (in the case of Trump, immigrants, Democrats, Iran, criminals, at the moment China; but in other circumstances Jews, blacks, gays). Because each person is actually blocked and pooled up within him/herself, disabled by fear of the other from entering into the grace of the real other’s longed-for presence, the energy that would radiate toward real others is instead channeled “up” toward Trump who returns it “downward” toward the beings who constitute him. Out of the group’s passivity, emerging from the paralysis of circulating blocked connection saturated by fear, is created the leader as the active force who actually releases the energy that is otherwise everywhere blocked, creating an imaginary experience of perfect fusion, the Great America, and concomitant rage toward an imaginary Other who is perpetually threatening that perfect fusion.

In true leadership, the leader expresses the bioenergetic flow of authentic human connection; he or she does not constitute the separated “from the outside,” but rather gives voice to the common experience of radiant bioenergetic presence emanating from the feeling of true community within the group itself. But in the case of the alienated group comprising Trumpism, the leader actually “creates” the group for the group from the outside as a false-we that each person can imagine he or she is a part of without actually risking the vulnerability of becoming present to the real other. In Trump’s group, everyone is passive and he is active; whereas in the true group the leader merely gives voice to and shape to the unblocked energy passing among one another in the ricochet of our common humanity.

And this in turn gives a key to the very nature of the inner experience of hierarchy itself, in which people who are actually equal and on the same level experience themselves as either “above” or “below” someone else. To the extent that we feel “below” another—to the extent that our being itself becomes weakened by a feeling of “underneathness” and feeling less than an other—to that extent we are manifesting a withdrawal of our presence from the social field due to a fear of humiliation by real other people, and the others around us become primarily carriers of a threat to our confidence in and capacity to reveal and manifest our own presence.

It is then that we tend to seek out the bioenergetic release of our energy through transferring our own energy into the higher one “above” us who brings us into a pseudo community-of-the-separated under his or her force field, his or her command. As in the case of Donald Trump, always this leader must idealize the group’s unity because of the unconscious common awareness of this unity’s vacuity, and always must he or she convert part of the borrowed energy to rage and direct that rage toward demonization of the threatening Other, the more or less randomly designated displaced object of the group’s actual circulating fear.

Resistance and revolution, or better, overcoming through conscious or intentional evolution, comes from drawing enough energy away from the gravitational pull of the hierarchy and toward the movement of desire toward each other, toward genuine empathy, compassion, and love through mutual recognition, to emulsify the “hold” that the leader has upon the group-as-a-whole. Because this hold is built upon a fear of the other that tends to reinforce itself by the sense of pseudo or imaginary community that the hierarchy’s distorted, displaced eros provides, the movement must move into it with a loving bioenergetic radiance of equality and oneness that incarnates increasingly into a ricochet, properly undermining fear’s “grip” with a dissemination of presence palpable enough to overcome the fear of humiliation attendant to its vulnerability. This very ricochet of social presence is what makes the movement “move”. The movement moves the social Being of the group itself from the frozen withdrawn space of reciprocal fear to the co-present “forward flow” of authentic mutual recognition, experienced as a recovery of here, of being on the ground right now with one another rather than lost “in” a dissociated mental space of an imaginary and paranoid world.

How can we each help to initiate or participate in thawing the frozen circulation of fear and releasing the forward flow of desire? How can we contribute to giving motion to the liberating movement toward one another, and toward transforming the social field around us? Apart from seeking to continually manifest the grounded presence toward the other that we have access to within ourselves, we can shift toward a spiritual approach to politics that nurtures the confidence in ourselves and others that a socially connected world is possible. As we call for external aspects of the world to be changed in a just and egalitarian direction (health care for all), so also we must elevate the interhuman harmonium so as to prefigure through a bioenergetic awakening the lived world that we hope to bring into being (in which actually caring about each other’s health rather than merely insuring each other’s bodies becomes the animating force).

Such a spiritualization of collective political action, because it releases eros into the social field, helps to covert social change efforts into social transformation efforts, into transformations of the social space between us so as to “jolt it” with the radiant energy essential to its spread. And in addition and equally important, this intentional spiritualization of our social and political efforts helps to accumulate within consciousness a conscious knowledge of what we are trying to make happen in the interhuman environment.

Liberatory social movements of the past have foundered in part upon their failure to actually grasp in reflective knowledge the internal transfiguration of our interrelatedness that we in those movements were directly, pre-reflectively, experiencing and seeking to bring about. That lack of internal knowledge made it very difficult to intentionally re-create what had been experienced more or less spontaneously in our liberatory outbreaks, in our “up-risings”. While one purpose of bringing an intentional spiritual dimension to politics is to intentionally release the bioenergetic longing for connection itself, an equally important purpose is to enable us to gradually grasp in reflection what was originally undergone in experience. Growing confidence in this knowledge increasingly allows us, a group-coming-into-connection, to fend off our internal saboteurs responding destructively to the legacy of fear in our midst, within ourselves and acted out within the group, and to intentionally develop practices that strengthen our internal bond while pursuing the elements of our larger transformative agenda.