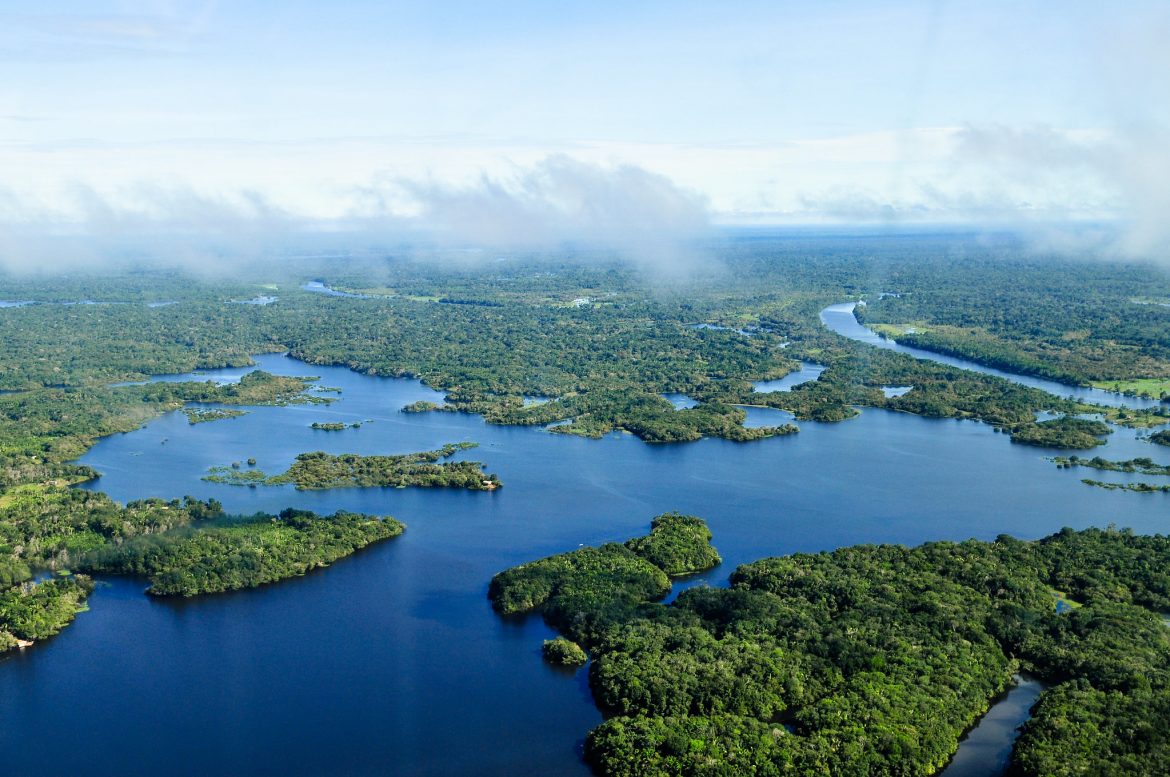 Aerial view of the Amazon Rainforest, near Manaus, the capital of the Brazilian state of Amazonas, Brazil.

The Pan-Amazon Synod that will take place in Rome this October, requires a better knowledge of the Amazon ecosystem. Myths must be ferreted out.

This ecologization of the Indigenous is a fantasy, resulting from the fatigue of urban life, with its excessive technology and artificiality.

What we can say is that the Amazon Indigenous are as human any other, and as such, they are in constant interaction with the environment. More and more, research reveals the interaction between the Indigenous and nature, and their mutual affects on each other. The relationships are not “natural,” but cultural, like ours, in an intricate web of reciprocity. Perhaps the Indigenous have something unique that sets them apart from modern man: they experience and understand nature as part of their society and culture, an extension of their personal and social body. For them, nature is not, as it is for the modern man, a mute and neutral object. Nature speaks and the Indigenous listen and understand her voice and her message. Nature is part of society and society is part of nature, in a constant process of reciprocal adaptation. For that reason the Indigenous are much better integrated than we are. We have much to learn from the relationship the Indigenous maintain with nature.

The second myth: The Amazon is the lungs of the world. Specialists affirm that the Amazon jungle is in a state of climax. That is, the Amazon is in an optimal state of life, a dynamic equilibrium in which everything is well utilized and therefore everything is in balance. The energy captured by plants is put to good use through the interactions of the food chain. The oxygen they liberate during the day through photosynthesis is utilized at night by the plants themselves, and other living organisms. Therefore, the Amazon is not the world’s lungs.

But the Amazon does function as a great fixer of carbon dioxide. In the process of photosynthesis great quantities of carbon are absorbed. And carbon dioxide is a principal cause of the greenhouse effect that warms the Earth (in the last 100 years it grew by 25%). If one day the Amazon were totally deforested, nearly 50 billion tons of carbon dioxide a year would be launched into the atmosphere. That would cause a massive extinction of living organisms.

The third myth: the Amazon as the world’s bread basket. That is what the first explorers thought, such as von Humboldt and Bonpland and the Brazilians planners while the military was in power (1964-1983). That is not true. Research has shown that “the jungle lives by herself” and in great part “for herself” (cf. Baum, V., Das Ökosystem der tropischen Regeswälder, Giessen 1986, 39). The jungle is luxuriant but the soil is poor in humus. This sounds paradoxical. Harald Sioli, the great specialist in the Amazon, put it clearly: “the jungle actually grows on the soil and not from the soil” (A Amazônia, Vozes 1985, 60). And he explains: the soil is only the physical support for an intricate web of roots. The trees’ roots are intertwined and mutually support each other at the base. An immense balance and rhythm is formed. All the jungle moves and dances. This is why, when one tree falls it drags several other trees down as well.

The jungle maintains her exuberant character because it is a closed chain of nutrients. Aided by the water that drips from the leaves and runs down the tree trunks, a bio-layer of leaves, fruits, small roots, and wild animal droppings decomposes into the soil. It is not the soil that nourishes the trees. It is the trees that nourish the soil. Those two sources of water wash down, carrying the excrement of tree dwelling animals and of the larger species, such as birds, coatis, macaques, sloths and others, as well as the myriad of insects that live in the tree tops. An enormous quantity of fungi and countless micro-organisms make these nutrients available to the roots. Through the roots, the plants absorb them, guaranteeing the captivating exuberance of the Amazon Hileia. But it is a closed system, with a complex and fragile equilibrium. Any small deviation can have disastrous consequences. The humus commonly is not more than 30-40 centimeters deep, and can be washed away by torrential rains. In a short time, sand would appear. The Amazon without the jungle would be transformed into an immense sabana or even a desert. That is why the Amazon never can be the granary of the world, but will continue being the temple of the greatest biodiversity.

The specialist of the Amazon, Shelton H. Davis, noted in 1978 a truth that is still valid in 2019: “A silent war is presently being waged against the Aboriginal peoples, against innocent peasants and against the ecosystem of the jungle in the Amazon basin" (Victims of the miracle, Saar 1978, 202). Until 1968 the jungle was practically intact. Ever since, with the great hydroelectric projects and agribusiness; and now with the anti-ecologism of the Bolsonaro government, the brutalization and devastation of the Amazon continues.

Leonardo Boff is an Eco-Theologian-Philosopher who is involved with the Earthcharter Commission.