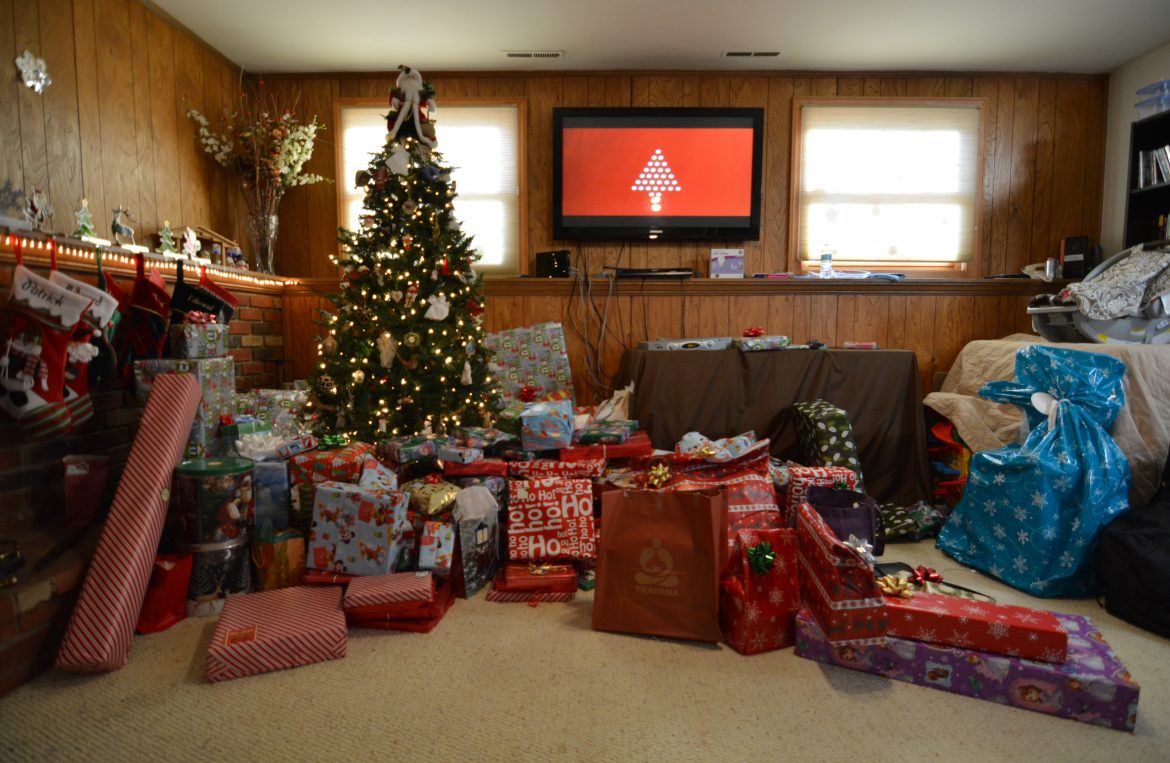 Many years ago one of Tikkun’s allies and authors asked me to ask fellow Jews to not celebrate Christmas. His reasoning resonated deeply: “Christmas is a Christian holiday. But increasingly in our society the Christian message is buried and it becomes a holiday of family gift-giving, which was never what Christmas was supposed to be. When Jews celebrate Christmas they accentuate this dynamic, since they are not celebrating the religious holiday but instead insisting that it is not religious, but a national holiday of family togetherness and appreciations expressed through buying.”

Another way of putting it: the way Christmas is celebrated in much of the Western world, Christians are affirming the victory of the materialist ethos of capitalism over the deeper spiritual message that Christmas proclaimed: “in the darkness of the darkest time of the year, we affirm that goodness and light will shine through, defeating all the forces of evil in the world.’’

This was meant to be a political as well as a spiritual message (in Judaism, there is no such separation, nor was there for our great Jewish prophet Jesus). Long after Jesus’ death and the death of everyone who knew him, Christians put together four “Gospels” proclaiming the “good news” that the messiah has come. But what is this messiah that the early Christians sought to find in Jesus by connecting his birth to the prophecies of Isaiah? That a child would be born to us who would bring a world of peace and justice, in which the lion would lie down with the lamb and the people of Israel would be redeemed from the oppression under which it lived because of being conquered by various imperial forces. The little helpless baby Jesus became the symbol of a new beginning for the world, a time that would come with peace and kindness. Emanuel, a word Christians took from the prophets, means “God is with us.” So even if momentarily things look bleak, this too can and will change.

Like Chanukah, which also had that message that the weak could triumph over the power of the strong, that “the empire” (really every empire) could be defeated, because the power of the people was greater than the power of the oppressor, so too Christmas became a message of hope and affirmation that transformation was possible. God is with us not for the purpose of becoming a new force of domination, but as the power to resist.

So what a tragedy that this message should now be almost invisible as Christmas becomes the triumph of the capitalist marketplace. Loving relationships get affirmed by how much one spends, so that love is reduced to a market transaction.

In the years that I spent as an active therapist at the Institute for Labor and Mental Health, we ran holiday stress groups, filled with working class people from every ethnicity and race. The stress was mostly that of people feeling that they were failing their families because they did not have the financial resources to live up to the expectations the advertising for Christmas had generated in their children (and often in their spouse as well). But the stress was also about not having the ideal relationships that the media suggested everyone had except losers (though the divorce rate had already reached close to 50%). People drank liquor or took drugs in excess not because they wanted to accentuate their joy, but often to drown the pain they were experiencing. So if you can, share this message with people in your life: their value in the world is not tied to how much money they have or how much they can spend on you or anyone else. Ask yourself how you can reach out to them and invite them to spend some time with you between now and January 2nd.

I agreed with my friend to try to convince Jews not to celebrate Christmas. But the real task of saving Christmas from the capitalist marketplace has to fall on believing Christians. Use this Christmas, and next year the whole pre-Christmas Advent celebration, to raise these issues with your friends and families and resolve not to buy gifts for Christmas. That doesn’t mean to not give gifts, but to refrain from buying gifts. Instead, give gifts of your time. Offer to share your talents with your friends’ children or help them with some repairs or teach them some of your favorite songs or share your favorite music or offer x number of hours to help with an aging parent or with child care or with pet care. Give them something that is part of you, not part of the marketplace. And when you are sitting near the Christmas tree or ornaments that you yourself made, talk about what kind of liberation you imagine Jesus or the messiah would want for the world right now, and what you will do starting in the New Year to make that happen. Make the message of light and hope become clear to your family and neighbors. If you get enough friends to join with you in this venture, next Christmas you could be bringing back the spiritual depth of Christmas and illuminating an important Christian message for the world.

Yes, I know–I should have written this a month ago, but alas, I didn’t! While for most, it is probably too late now to change the pattern for this Christmas, it’s not too late to read this, send it to your friends, have a conversation about all this on Christmas, and start planning now how to let some of these considerations shape what you and your family can plan now to do for next Christmas! How do I have the chutzpah as a rabbi to talk to Christians about Christmas? Well, because I know that many who read my articles are in fact my friends and allies, and I hope you realize that this message is coming from a  place of deep respect for Christianity and for our shared goals for a world of love and generosity.

And for those of us who are not Christian, well, why not bail out of the buying of gifts and show your caring in these other ways also. It’s hard to buck the overwhelming cultural demand of Christmas buying, but you don’t have to give up giving, only give up buying. And for my fellow Jews, all this goes for Chanukah too – let’s stop trying to “compensate through buying” for the feeling our children have of being left out of Christmas. There are so many other rich gifts our Judaism can offer. Let’s find ways to affirm the Jewish message of hope and see ourselves as allies and partners with Christian in tikkun olam, the healing and repair of our world.

One thought on “Taking Back Christmas from the Capitalist Marketplace”