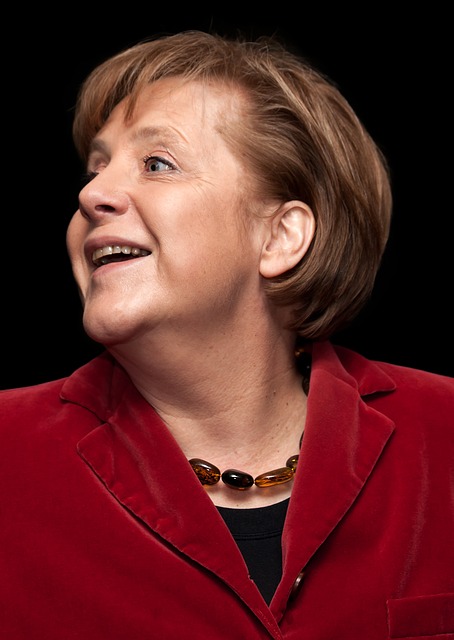 Speaking politically, Germany is holding its breath. The drama, the quarreling and haggling since last September’s elections, is approaching a climactic decision –on March 4th, next Sunday.

Angela Merkel’s position had become unusually slippery, and not because of the icy weather now assailing Germany! But, aiming at a fourth, last stretch as boss, she again demonstrated sure-handed skill by proposing, at this past weekend’s special party congress, a new cabinet appeasing all three elements in the planned ménage á trois government.

To assuage hard-bitten Bavarian buddies in their special sister party (CSU), now facing attack from even further right-wing assailants, she offered their former leader Horst Seehofer the key job of Interior Minister, in charge of police, immigration, weapons control, the mushrooming surveillance system, in other words “law and order”. That should keep the Alpine crowd happy!

To placate right-wing opponents in her own Christian Democratic Union (CDU) she named young Jens Spahn (37), her most vigorous opponent, to be Health Minister where, as part of her government, he can probably be de-fanged.  Unusually in this conservative party, he is gay, with a wedded husband. Also unusual with the patriarchal CDU she named (aside from herself) three women for the cabinet and, as new party secretary-general, the governor in Saarland, Annegret Kramp-Karrenbauer, 55, conservative on immigration issues and against same-gender marriage but so popular in the party she got nearly unanimous approval – and whispers that Merkel is grooming her as her successor.

Another woman, a lone hold-over from the previous cabinet and once seen as possible successor, was Defense Minister Ursula von der Leyen, who loves to greet troops in far-flung units, incessantly calling for more and more modern weapons so Germany can meet US demands for a huge increase in NATO weaponry, start building a swift, strong European army outside NATO, and be ready to pounce down in any continent to meet German “responsibilities” and “defend its interests”.

Thus, Merkel safely bagged both “Christian Union“ parties. But the suspense remained. This week the entire membership of the other coalition partner, the Social Democrats (SPD), was called upon to mail in their decision: for or against renewing their junior partnership in the government for four more years. A strong surge within the party is opposed, even though shrewd, elastic Merkel offered the SPD an additional cabinet seat, and two of the most important ones, Foreign Affairs and Finance.

All the postal votes must be in by Friday, with the result announced on Sunday. SPD leaders have been racing from one meeting to another all over Germany, calling – no, demanding that members favor the grand coalition, abbreviated GROKO. Voices of Opposition were banned from the meetings, almost as a kind of treason! The situation rather recalled the US Democratic Party leadership. The big business interests which have mixed into the SPD, influencing decisions, offering well-padded jobs to leaders when they retire or lose their positions – all favored the GROKO coalition.

Those urging a No-vote seem to be a strong minority, with a majority of young party members. The leader of the Young Socialists, a boyish-looking West Berliner, Kevin Kühnert (28), has also  been traveling, telling all he can reach that the coalition of past years, with the SPD going along with the conservative CDU, has reduced the party to an emaciated skeleton. Four more years would be suicidal. The party should stay out of the government, as first planned, and grow in opposition to it.

The outcome is not certain. Both Merkel Christians and conservative Social Democratic leaders will be biting their nails until Sunday’s announcement. If the No votes win, that means “Back to Square One” and probably new elections, with more painful losses likely for all three ruling parties.

It looks like a pro-coalition “Yes” will win out. But win or lose, the SPD, one of two major parties since World War Two (and founded way back in the 19th century), is facing disaster. Its lack of fighting spirit, its cuddling up to Merkel’s Christian Union, its ties with big business and, though most union leaders remain close, ebbing connections with its former working-class base have cut deeply. Add on the jockeying between its one-time but no longer leftish leader Andrea Nahles, its brief hopeful Martin Schulz, who proved to be hopeless, its nasty quarrel over who should become Foreign Minister, Schulz or the present minister, Sigmar Gabriel – all this has led to its drop in the polls to less than 20 % (today again to a record low of 15.5%, with the Christian Union at 32.5%.)

This downward plunge is not only alarming as a threat to  its own existence. For the second time it was overtaken in the daily polls, for half a point, by the Alternative for Germany (AfD). This young party, now with 92 Bundestag seats, has varying factions but at least a third are genuine fascists, with the others at least in silent approval. Its vociferous leaders shout racist slurs against people of Turkish background, refugees and all Muslims and sometimes Jews – anyone who is not “pure German”. They often seize on socially positive causes, verbally, but are committed not only to homophobic and misogynic ideas but to all the wishes of big business and big armaments. While at first ostracized by all other parties, the media helped them gain acceptance while some on the CDU-right seem increasingly willing to work with them. If new elections were held soon, they might emerge as the second strongest party, as in Austria, where a similar party joined the Christian party to form a coalition government. The rise of fascistic parties, always anti-Muslim, and their entrance into many governments all over Europe, is no longer only a faint reminder of the growth of the Nazi party in Germany and fascists elsewhere in the 1920’s and 1930’s!

Like the AfD, they seize upon the disappointment and fears for the future of many strata of working-people. Like their soulmates in the USA, they direct such feelings and worries not against those truly responsible, who hold tightly to their seats on top of their huge, increasing piles, but against those who speak different languages, wear different clothes, go to different churches and have different skin colors. If this does not suffice, they may turn to jingoist scares about perils from people in other countries or continents.

The Christian Union and, sadly, the leadership of the Social Democrats, could never confront such problems squarely or even escape accusations  of collusion by default.

Only one force is genuinely suited to exposing the lies and redirecting emotions away from attacks on the poorest victims and towards solidarity with them against the truly guilty forces on high. It is the Left. In Britain, with Corbyn, it has achieved remarkable initial success in this. There have been partial successes in France and elsewhere, but alarmingly few in Europe’s strongest country, Germany. The LINKE party makes important demands in the Bundestag: get out of Afghanistan and Mali, end weapons shipments to warring parties, increase pensions and minimum wages and lots more. But despite courageous youth-led rallies against fascists, it was often too torn by in-party conflicts to reach and mobilize people on the grass roots level, with genuine alternatives, including a future without fat cats on top of the pile. Will a strong showing Sunday of rebellious young SPD members, and the congress of the LINKE in June raise poll results now stagnating between 9% and 11%, create new goals, new contact points, strong and effective new tactics? We will see – and hope! It is urgent!