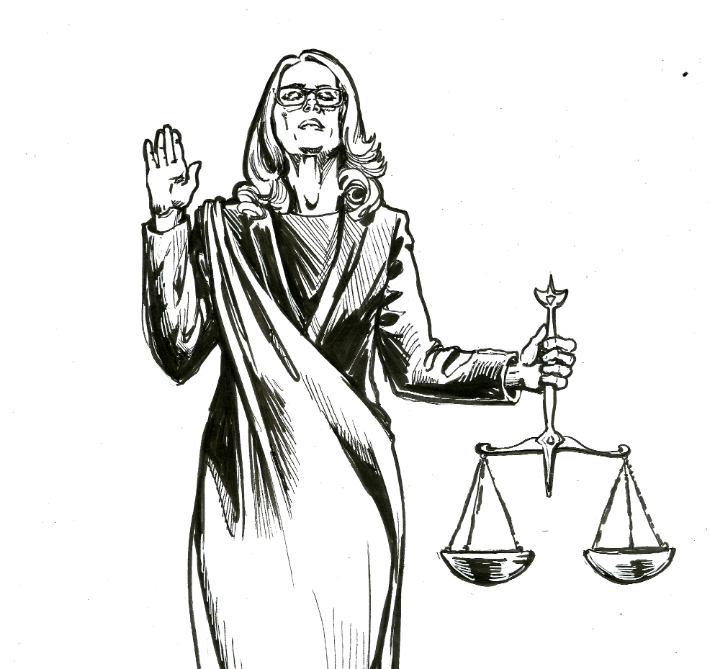 Editor’s note:  Rabbi Phyllis Berman is one of the inspired teachers of the Jewish Renewal movement and sometimes blesses Tikkun with her thoughts. She prefaced this note with the following:

Last week, before going to Washington, I had a dream or maybe a nightmare.  I suddenly realized that we’re now part of the biggest revolution in human history, even as the majority, in calling for the overthrow of “the way it is and the way it’s always been” between women and men.

[Now the note from Rabbi Berman followed by a statement sent to Chrstine Blasely and to national media from Tikkun, the NSP,  and dozens of other religious organizations and clergy]:

The powers that be, the old white men in the Senate (Graham, Grassley, Hatch) and the “good ol’ boys”, the fraternities, and the bosses, and the politicians, and the police, and the courts, and the priests, and the rabbis, and the teachers, and the fathers, and brothers, and grandfathers, and uncles, and nephews, and cousins, and friends, and the rich white men, and the power mongers, and all the systems, are not going to give up their entitlement-through-the-ages that has given them power over women and our bodies and our voices without a huge backlash.  This is no easy fight to win.

Last night I had another dream; this one felt like a nightmare.  There was something wrong with my mouth – I needed to have an operation to correct a malformation – in order to speak.  What is it that hasn’t been able to come out and be heard?

Almost every woman I know, almost every woman I’ve ever spoken to in my 75 years of experience, has a Me-Too Story.  I wasn’t raped, and no one attempted to rape me, nor was I denied a job or an advancement in my profession.  But I certainly lived in a world in which it was “the way it is” that so many women experience and rarely, till now, have spoken about.

I was six years old.  We lived in an apartment house, one of two that were connected by a dark and frightening cellar, in the Crown Heights section of Brooklyn, New York.  Our apartment was on the second floor; we knew and liked all our neighbors on our floor, and I had friends living throughout the two buildings and on our block whom I played with outside until dark.

In the hallway, beyond the entrance to the building, there was a place to sit, a bench across the entire width of the space, close to the staircase, on the other side from the mailboxes.  One day, walking into the building and toward the staircase, there was a stranger sitting on the bench.  I didn’t recognize him and couldn’t then and can’t now identify anything about him.  He beckoned to me to come and talk with him, inviting me to sit on his lap. I was a friendly child at that time, still innocent of any experience of evil, and sat down on his lap.  Very shortly, his hand was inside my underpants.  I got up immediately and ran up the stairs to our apartment.

How did I know that there was something wrong about some stranger putting his hand inside my underpants?  I don’t know; I don’t remember if parents then, as most do now, warn their children that strangers (and even people who aren’t strangers) have no business in your underpants.  And how did I know to feel that it was shameful and that I shouldn’t talk about it, even to my mother, that somehow I had done something wrong?

Nothing like that happened again.  But when I rode my bike from our neighborhood over to Prospect Park, as kids did in those days when parents thought that the streets were safe and children had freedom to explore, I often saw men exposing themselves, which frightened me.  And walking not so far from home there were often men and boys heckling me with lewd comments.  And on a crowded subway in my 20s there was a man who ejaculated into my open lunch bag which I didn’t realize until it was time to take my lunch out of the bag.  I threw it all away, sick to my stomach, unbelieving that someone could and would do something like that in a public place.  And the men rubbing up against me, at every age, during rush hour on the trains.

This, I thought, was “the way it was”.  We all experienced it.  We all hated it.  It seemed unchangeable.  And most of us lived in spite of it though rarely if ever talking about it.

In October 2016, when the tapes were released with Trump bragging about how he could have his way with any woman because he was “famous”, he could grab them by the pussy, he could kiss them, he could sleep with them and pay them off to shut them up, I thought finally it would be over.  No one, no woman for sure and maybe no man, could possibly elect this crude gross man as president, I thought to myself.  Finally, I believed, the world as it had always been for women was about to change, so that my granddaughters wouldn’t have to live in such a reality.  On election night, I watched the numbers in horrified disbelief.  I so badly wanted the world to change.

It didn’t.  Although other “famous” men have been taken down and one has even gone to prison, the man in the White House models for others that anything is theirs to take control of.  The Republican Senators on the Judiciary Committee have shown themselves to be part of that “boys club”, unwilling to open themselves to a woman’s story about one traumatic night as a fifteen-year-old that has plagued her for all these years.   Instead, they feel outraged for a man who might have blacked out the memory in a drunken fog or simply lied, as he has about the extent of his drinking and other details.

May the Senate make the right decision this time. As Rev. William Barber says, this isn’t about red and blue states, about Republicans and Democrats.  It’s about a moral revolution of values; it’s where all of us need to stand. Please stand with us!

We Stand With You!

We are writing as a group of non-partisan religious leaders about the dramatic testimony we witnessed recently during the Brett Kavanaugh hearings for the Supreme Court: the heart-wrenching testimony of Dr. Ford about her sexual assault when she was 15 years old. Women across the country were riveted by the testimony, and for many survivors it was a painful reminder of their own lived experience.

While sexual assault is a pervasive and serious problem in the United States, it is rarely discussed in such a public way. According to RAINN (Rape, Abuse & Incest National Network), someone in America is sexually assaulted every 98 seconds.

So the very vast majority of victims never have the opportunity to confront their assailant or come to any resolution or closure by bringing the perpetrator to justice.

Under federal law, the punishment for sexual assault can range from a fine to life imprisonment. However, no amount of punishment can ever make up for the harm that this crime causes the victim.

Sexual assault can have a serious and long-lasting impact on the victim, including depression and flashbacks, and can affect a survivor’s relationships with family, friends and co-workers. Among other consequences of such an experience are the following:

In light of these disturbing facts and statistics, we express our deep admiration and appreciation for Dr. Christine Blasey Ford for having the courage, strength, and civic commitment to risk her safety, family life, and peace of mind to step forward and tell her story.

We want her to know that we believe her and support her and are praying for her and her family. It is only through the actions of those who are willing to sacrifice their own personal comfort for the greater good that society changes for the better.

Her story has also inspired us to ask ourselves and to urge others to work together to stop this scourge of sexual violence that destroys families and tears at the fabric of society.

We must do more as individuals and communities to prevent this from happening to other women. Our efforts must extend across every context where sexual assault has been pervasive– in high schools and colleges, the entertainment industry, government, and religious, financial, and academic institutions.

For those who have already experienced this trauma, we pledge to do more to help them heal from the deep harm inflicted upon them. If you are a victim of sexual assault please reach out to law enforcement and organizations such as RAINN to report the incident and seek help.

Together, we can fight this scourge.