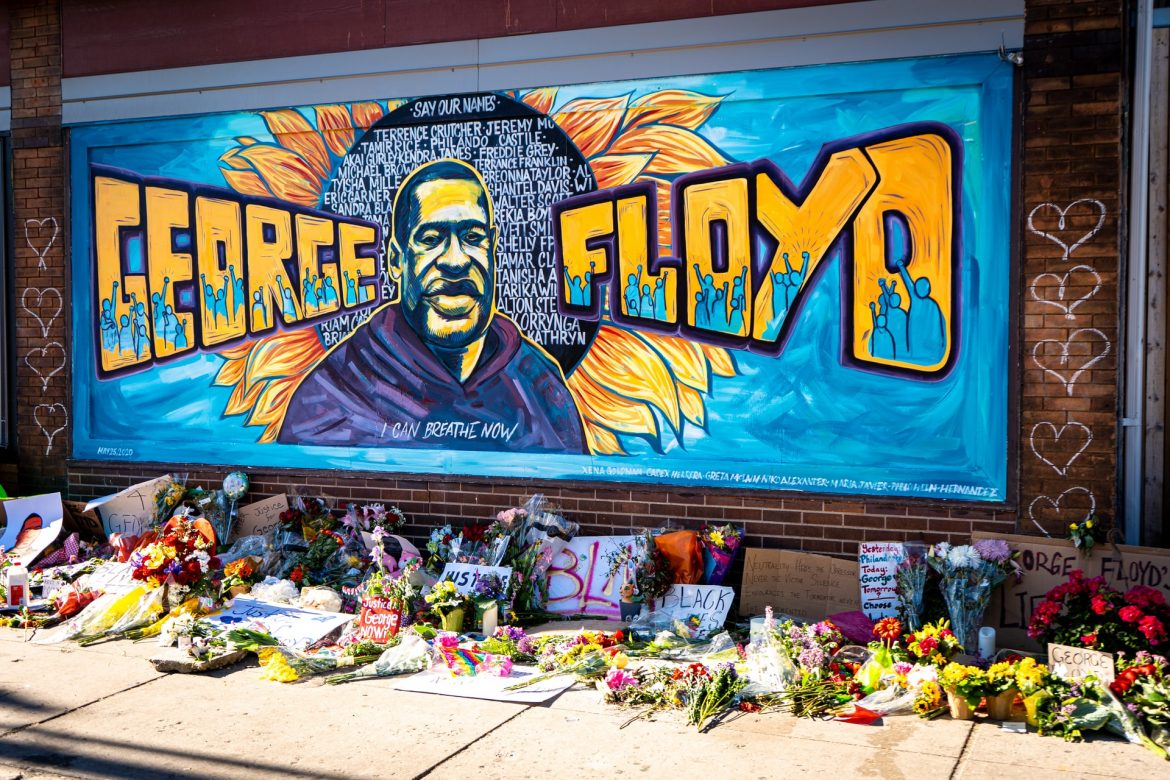 Photo by munshots on Unsplash

Bystander is a dirty word.  It’s associated with going about your everyday business while Nazis haul away Jewish neighbors.  But the people who witnessed the murder of George Floyd in Minneapolis don’t deserve that ugly label.  They did their best, especially seventeen-year-old Darnella Frazier who had the courage and presence of mind to film what happened and post it.

People in Nazi-occupied Amsterdam also confronted police brutality and killings.  Some got used to it, epitomized by a photo of two teacups on a windowsill, while families are rounded up outside.  In Minneapolis, some people walked or rode past.  But a few people gathered, even though they must have known what could happen to them.  Apart from at least 13 police shootings of African Americans since 2014, racial terror lynchings have taken more than 4300 lives up to 1950, and even more after that since one of the latest cases was in 1981.  Amsterdammers probably also learned fast when they heard about a Gentile protestor who was tossed into the van with her Jewish neighbors.  No wonder most people steel themselves against cruelty backed by power and weapons.  The miracle is that ordinary humans ever find the wherewithal to do anything else.

Those who gathered near George Floyd as he was being murdered found that courage.  They couldn’t act physically except by filming, but they did speak, challenge, observe and advocate, even plead.  The scene explodes any illusion that the U.S. is a civilized multicultural society. The relationship between the African American community and the police is, in many ways, just as fraught as it was between the Germans and the people of Amsterdam, famed for its liberalism.  Even so, 80% of the Jewish population was rounded up and murdered.  Photographers documented it with illegal hidden cameras, producing photos that still haunt us – showing people of all ages carrying the single prescribed suitcase past their old homes.  Amsterdam is still coming to terms with those images, made by those who some might call bystanders.

There these people stood in Minneapolis, about seven of them, on that embattled street corner, not a single tree on the whole block.  Not a bird in sight.  If the four policemen had been wearing white hoods, it couldn’t have been more obvious that they were killing a black man because he was black, flat on the ground begging for his life.  Officer Tou Thao faced the group who were watching, to see whether anyone would interfere with torture as it turned to murder.

Three policemen kneel on a black man, one of them with a knee on the man’s neck.  “I can’t breathe, man,” Mr. Floyd protests.

“Wha’da ya want?” asks Derek Chauvin, whose knee digs in.

“Well, get up and get in the car.”  Three men hold him down.

“Get up, get in the car.”  Three men still hold him down.

A gurgling sound of agony, then “Mama!”

Someone on the sidelines asks, “Are you having fun?”

All these officers have been trained in first aid.  Every one of them hears a man say “I can’t breathe” at least sixteen times in less than five minutes.  Only Thomas Lane asks, twice, if they should move him on his side, and Chauvin refuses.

Meanwhile, someone from the crowd appeals to reason, no longer a mere bystander.  “Look at him!  Get off him, now.”

Someone else yells in outrage, “What is wrong with y’all?” and “What the fuck?”

As fast as the darting of a snake’s tongue, Chauvin reaches for a cannister in his belt.  Everybody recognizes it.  The word spreads:  “He got mace.”  “He got mace.”  The inflammatory poison that can close off breathing, makes your eyes close immediately, and feels like pepper on your skin.  Physical intervention is out of the question, unless someone feels suicidal that day.  But the people don’t shut up.  They escalate.

A woman asks, “Did they fucking kill him, bro?”  That’s what it looks like by now.

When a young white woman steps out to get a better angle with her camera, Thao moves toward her and argues with her, but she only backs off a little.  Darnell Frazier keeps filming, and so does she.  Their work will be used for decades, just like the roundup photos, to show the truth of this time.

Someone demands, “Check his pulse.”  Then: “Check it right now!”

Another tells the obvious truth:  “The man ain’t moved yet, bro.”

What was before this brave, small crowd was one human being torturing and ultimately killing another because he had the power to do so, and three collaborators to make it easy for him.  Chauvin enjoyed hearing Mr. Floyd beg for his life, and refusing, then repeating his impossible demands. Although the police did call an ambulance, they continued to kill the Mr. Floyd, not save him.  It’s reminiscent of the irony of the hospital at the Dutch Westerbork Transit Camp, dedicated to curing people so they could be sent on to the death camps.  Even after Mr. Floyd had been unconscious for at least several minutes, Chauvin kept his knee in place – even after the ambulance arrived, even while the EMT checked for a pulse in Mr. Floyd’s neck.

As in the Holocaust, we see ordinary human beings at their most sadistic and cruel, making moment to moment decisions that add up to murder.  The police felt superior to this black man or any other, and they had weapons whose mere presence kept the small crowd at bay.  For the actual killing, the police used their bodies.

We recognize this cruelty from Holocaust days.  But then as now, we also see the powerless find courage and speak truth to power.  And to Mr. Floyd.  We don’t know if he could hear their voices, but hearing is the last sense to go, so we can pray that he did.

Thanks to Darnella Frazier and others, we all know what really happened.  These people weren’t passive bystanders.  They are courageous witnesses.  If it weren’t for those videos, the murderers would have gotten away with it.  And they may yet.  It depends on all of us.

When Ms. Frazier returned to the murder scene the next day, she sobbed, “He’s like, ‘Please I can’t breathe, I can’t breathe.’ And they did not care. They killed this man,” she said. “And I was right there! I was like 5 feet away!”

Thanks to her and the others, so are we.

Mary Dingee Fillmore is the author of An Address in Amsterdam, an award-winning historical novel about a young Jewish woman who joins the resistance. A Kirkus Indie Book of the Month and Amazon Best Seller in Jewish American Fiction, it was praised by Prof. Joyce Antler of Brandeis as “the best kind of historical fiction – a wonderful read with a marvelous heroine who challenges us to take action now.” Since the book was published in October 2016, Mary has spoken and presented on “Anne Frank’s Neighbors: What Did They Do?” and “Remember and Resist: Learning from the Dutch” in more than 80 venues in four countries.

One thought on “Standing By in Minneapolis and Amsterdam”