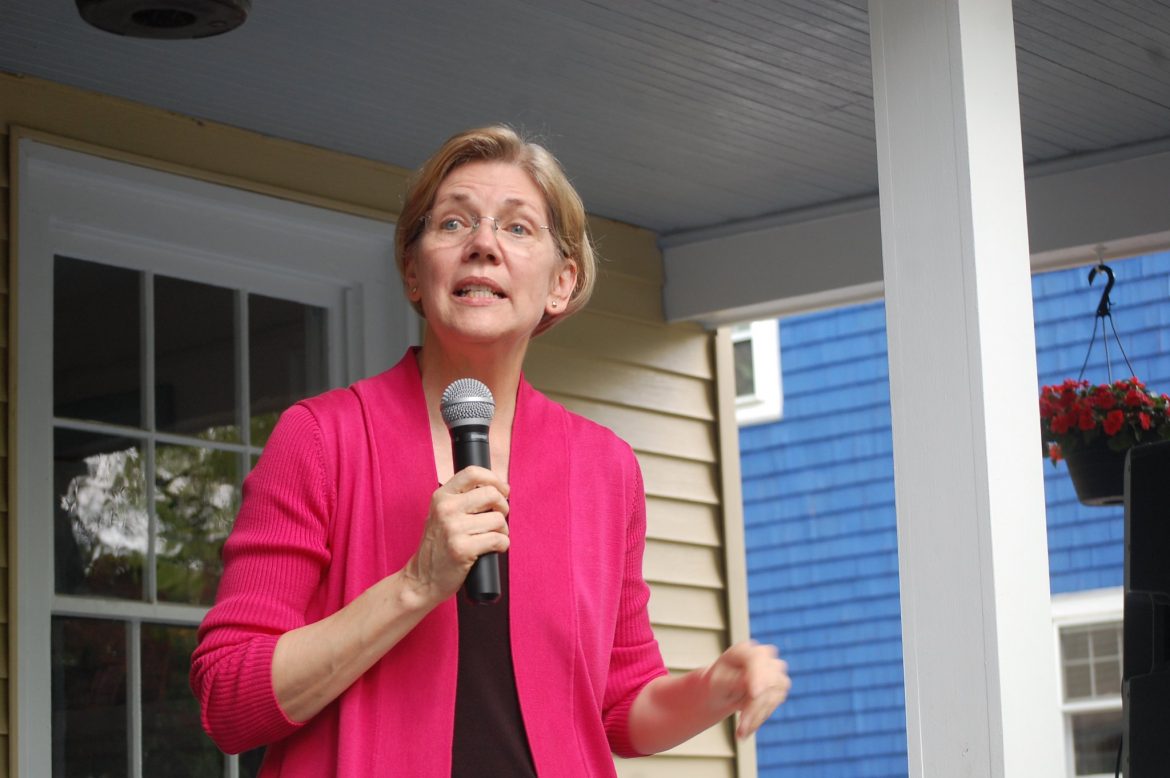 One summer by the pool just after college graduation, my friend’s boyfriend, upon learning that I was about to move to San Francisco, said he could never live in a place with “so many homos.” I replied, “That’s not a problem for men who are secure in their masculinity.” Boom! It was a slam dunk by the gender-binary standards of 1989, a sick burn on the deplorable homophobe. I showed him all right. But what did I show him? How to resent snarky liberals?

It’s incredibly tempting to demean those whose beliefs or actions hurt innocents, doubly so when we’re fast on our feet with a sarcastic retort. But wit and wisdom are often worlds apart and what feels appropriately scornful in the moment can have negative repercussions that outweigh the gratification of administering a cheeky comeuppance.

At the October 10 CNN Town Hall on LGBTQ equality, Elizabeth Warren fell prey to the temptation to make use of ridicule as a way of demonstrating solidarity with the LGBTQ community. Asked how she would respond to a voter who said, “I’m old-fashioned, and my faith teaches me that marriage is between one man and one woman,” Warren snapped into standup comedy mode: “Well, I’m going to assume it’s a guy who said that, and I’m going to say, ‘Then just marry one woman — I’m cool with that.’” She paused to let the joke sink in, then added, “Assuming you can find one.”

It was a witticism only a base voter could love, the liberal equivalent of a “build that wall” chant at a Trump rally. And love it they did. The audience applauded and hooted for sixteen seconds while Warren stood on the stage looking uncharacteristically self-satisfied, shrugging and nodding to underscore her contempt for unwoke Christian men.

Elizabeth Warren is one of the smartest and most progressive candidates this country has seen in a long long time. She strikes me as a kind and caring person, and I have little doubt that her sarcastic smackdown stemmed from a genuine, compassionate desire to protect LGBTQ people from homophobic abuse. In fact, moments later, in answer to a follow-up question, she said some beautiful things about how her faith is rooted in the recognition of the preciousness and worth of all human beings. But most Fox News viewers will never hear that part, just like they never heard the second and more compassionate half of Hillary Clinton’s speech about the “deplorables” who supported Trump.

If I were Trump’s campaign manager (and weren’t preoccupied with the business of accusing Nancy Pelosi of treason), I’d be commissioning an attack ad featuring this CNN clip. While racist dog whistling ranks as the GOP’s leading form of negative campaign messaging, attacking “politically correct liberal elites” is a close second. And when high profile Democrats like Hillary Clinton-- and now Warren--trot out the trope of the pathetic bigoted old fool who just doesn’t get it, they hand Trump a priceless gift. Trump turned Clinton's 2016 "deplorables" gaffe into a campaign ad that aired in battleground states to great effect--no Democrat should give him free attack ad fodder in 2020.

If the Democratic candidate—be it Warren or anyone else—is to win in 2020, they will need to reclaim some portion of Obama-to-Trump voters and non-voters. There are 23 million white working-class Americans thought to be potential swing voters in 2020 and millions more African American and Latinx voters who oppose gay marriage. That’s too many to write off as deplorable.

Working America, AFL-CIO, certainly didn’t write them off in the 2018 midterms. Their door-to-door canvassers helped Democrats win 17 out of 22 Senate, House and gubernatorial races, many of them in battleground states. You can be sure they didn’t do that by having their canvassers antagonize the voters whose doors they knocked. As Working America field manager, Josh Lewis, noted, “You have to care about the people you’re talking with.”

It would be an absolute tragedy if the quick wittedness of someone as gifted as Elizabeth Warren winds up sinking her. Back in August, 2016, when Trump hinted at “Second Amendment people” avenging his loss, Warren tweeted that Trump “makes death threats because he’s a pathetic coward who can’t handle the fact that he’s losing to a girl.” That this observation of Trump’s character was almost certainly true in no way made it strategically wise to deploy. The “girl” lost.

When liberals spice up their speech with snark, only the choir savors the taste and, as Warren would soon find out, Clinton needed more than the choir to win. So does Warren. We all mouth off at times and doing so has its rewards, but Warren can’t afford to. She has too much to lose.

At the moment, social conservatives hold enormous power in the form of Trump, the Senate, the Supreme Court and many statewide offices. But the long term trend is toward greater recognition of the rights of LGBTQ people, and they know it. They feel marginalized and aggrieved, and every time a liberal scorns their backwardness, they become more entrenched in their narrative of lost honor and more anxious for a blowhard like Trump to avenge them.

We won on marriage equality. Being sore winners only fuels the intensity of the backlash.

What if Warren had responded to the CNN town hall question along these lines:

Well, from what you told me so far about this voter, I’m not sure they’re against marriage equality and I don’t want to assume, so I think the first thing I’d do would be to ask this person, “When you say that you believe in marriage between one man and one woman, are you also saying that LGBQT people should not be allowed to marry?” And then if they say, yes, I’m against gay marriage, I would say, “It sounds like you have an expectation that other people should be required to follow the mandates of your religion even if they don’t belong to it. I absolutely honor your right to believe that marriage should be between a man and a woman and I honor your right to marry whoever you choose. Where I see things differently from you is that I also honor the right of any LGBQT person to marry, and I don't believe that people of any one faith have the right to decide for other people what they should believe.  If you're living the life you choose to lead, I don't think that gives you the right to tell others how they should live or to prevent them from having the same rights you have.”

This statement says everything that needs to be said in that moment about marriage equality and the perils of theocracy without doing anything to denigrate the millions of Americans, including 41% of African Americans and 31% of Latinx, who are still against gay marriage.

Warren has a choice: She can throw barbs to delight the base. Or, she can speak passionately and compassionately about her faith, her commitment to LGBTQ equality, and her recognition of the humanity of every person. If she goes the latter route, she will knock it out of the ballpark, maybe all the way to 1600 Pennsylvania Avenue.

Erica Etelson is a former human and civil rights attorney and the author of the forthcoming book Beyond Contempt: How Liberals Can Communicate Across the Great Divide (New Society Publishers).