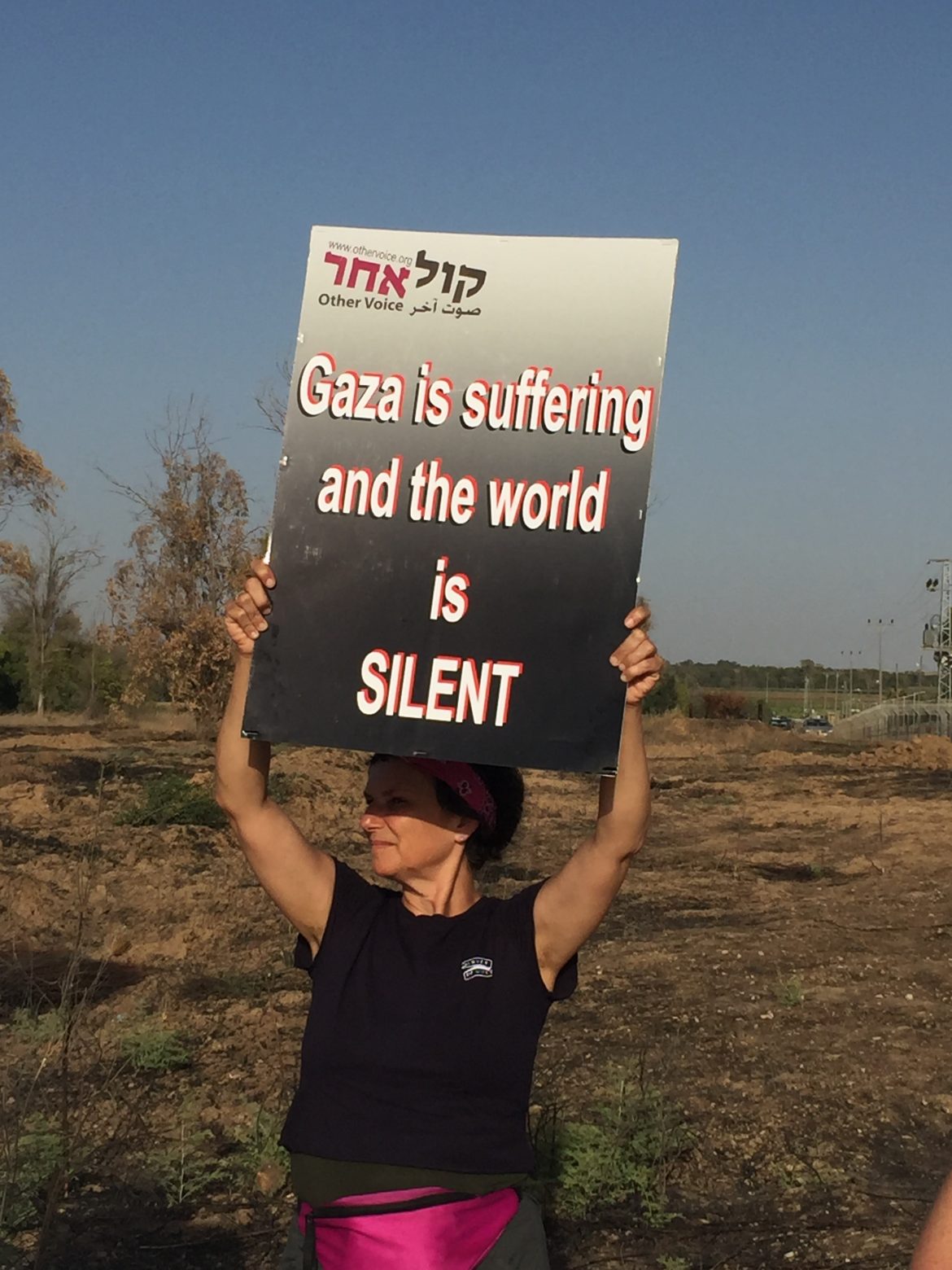 B'tselem, the Israeli Human Rights Organization, has called for Israeli soldiers to refuse orders to shoot into a crowd of unarmed civilians. The Israeli government justifies its killing of demonstrators last Friday and its intent to do so again this Friday by claiming that there are violence seekers among the crowd, and that some threw molotov cocktails toward the separation wall. Yet this is no excuse to kill innocent civilians. Intentionally shooting and killing nonviolent protestors is inhumane and inexcusable. We face this problem in U.S. peace and justice demonstrations when a few people smash windows or throw rocks at police. It is often very difficult to restrain them, and some have been identified as undercover police agents trying to discredit our otherwise non-violent movement.

In Gaza, the dictatorial government of Hamas does not want peace with Israel, but only an obliteration of the Israeli state, and defacto aids the right-wing in Israel who say that any two state solution would only be a front for further armed struggle against Israel. Hamas rightly suspects that a 2 state solution that showed real caring for the Palestinian people would lead most Palestinians to elect leaders who accepted a peace with justice for both sides, and that would leave Hamas leaders with a much decreased popular base, whereas their credibility increases every time Israel violates basic human rights of the Palestinian people.

After 51 years of Occupation, Israel's policies have not brought Israel security but only ongoing struggle and increasing anger at Jews around the world whose best-known public organizations and institutions mostly rally around whatever Israel comes up with to enforce its Occupation. Most polls indicate that most Palestinians would settle for a Palestinian state in the West Bank that was economically and politically viable (the terms that would provide peace, security and justice to both sides are well known--you can read them in Rabbi Lerner's book Embracing Israel/Palestine which can be ordered at www.tikkun.org/eip). Hamas has stated over and over again that it will settle for nothing less than a Palestinian state that includes all the territory of the current State of Israel. So we are not surprised that there were some people in that demonstration with violent intent to serve the tacit alliance between the extreme Right in Israel and the "destroy Israel" goal of some Palestinian extremists. But of course, violent intent is not the same as targeting and shooting Israelis, which did not happen. It was Israelis who were shooting indiscriminately into a demonstration of people seeking to challenge Israel's policies toward Palestinians.

Please read part of B’Tselem’s call here, then below it you will find the statement we are asking you to sign to support their campaign (click here to sign).

B'Tselem launched a media campaign in Israel entitled “Sorry, Sir,  I can't shoot”. The campaign includes newspaper advertisements clarifying to soldiers that they must refuse to open fire on unarmed demonstrators. The organization is taking this unusual step following last Friday’s events, when soldiers used live fire against unarmed demonstrators. Of at least 17 Palestinians killed that day, 12 were killed at the protests. Hundreds more were injured by live gunfire.

The military is preparing for the demonstrations, but instead of attempting to reduce the number of those killed or injured, official sources have announced in advance that soldiers will use live fire against demonstrators even if they are hundreds of meters from the fence. B'Tselem warned of the expected outcome of this policy and now, ahead of the expected demonstrations this Friday, it is again clarifying that shooting unarmed demonstrators is illegal and that orders to shoot in this manner are manifestly illegal.

Contrary to the impression given by senior military officers and government ministers, the military is not permitted to act as it sees fit, nor can Israel determine on its own what is permissible and what is not when dealing with demonstrators. Like all other countries, Israel’s actions are subject to the provisions of international law and the restrictions they impose on the use of weapons, and specifically the use of live fire. The provisions limit its use to instances involving tangible and immediate mortal danger, and only in the absence of any other alternative. Israel cannot simply decide that it is not bound by these rules. . .

The responsibility for issuing these unlawful orders and for their lethal consequences rests with the policy makers and – above all – with Israel’s prime minister, defense minister, and the chief of staff. They are also the ones who bear the obligation to change these regulations immediately, before this Friday’s planned protests, in order to forestall any further casualties. That said, it is also a criminal offense to obey patently illegal orders. Therefore, as long as soldiers in the field continue to receive orders to use live fire against unarmed civilians, they are duty-bound to refuse to comply.

We join with B'tselem the Israeli Human Rights Organization in calling on Israelis to follow both international law, human rights, and Torah principles, and to know that those principles require individual members of any military, police or other state unit to refuse orders to shoot into crowds of unarmed civilians. We call upon our elected officials, our religious organizations, and our cultural and political leaders, as well as the public institutions in the Jewish world that have often given blind support to Israeli policies toward Palestinians, to challenge Israel's defense of such orders and demand that Israel give explicit instructions to its armed forces, border guards, and police to not shoot unarmed civilians and to hold those guilty of doing so or ordering such to be prosecuted. And we urge all countries of the world to give this same instruction to all of their border guards, police, national guard, and armies when dealing with public demonstrations regardless of the content of the demonstrators demands, rhetoric, or intentions.