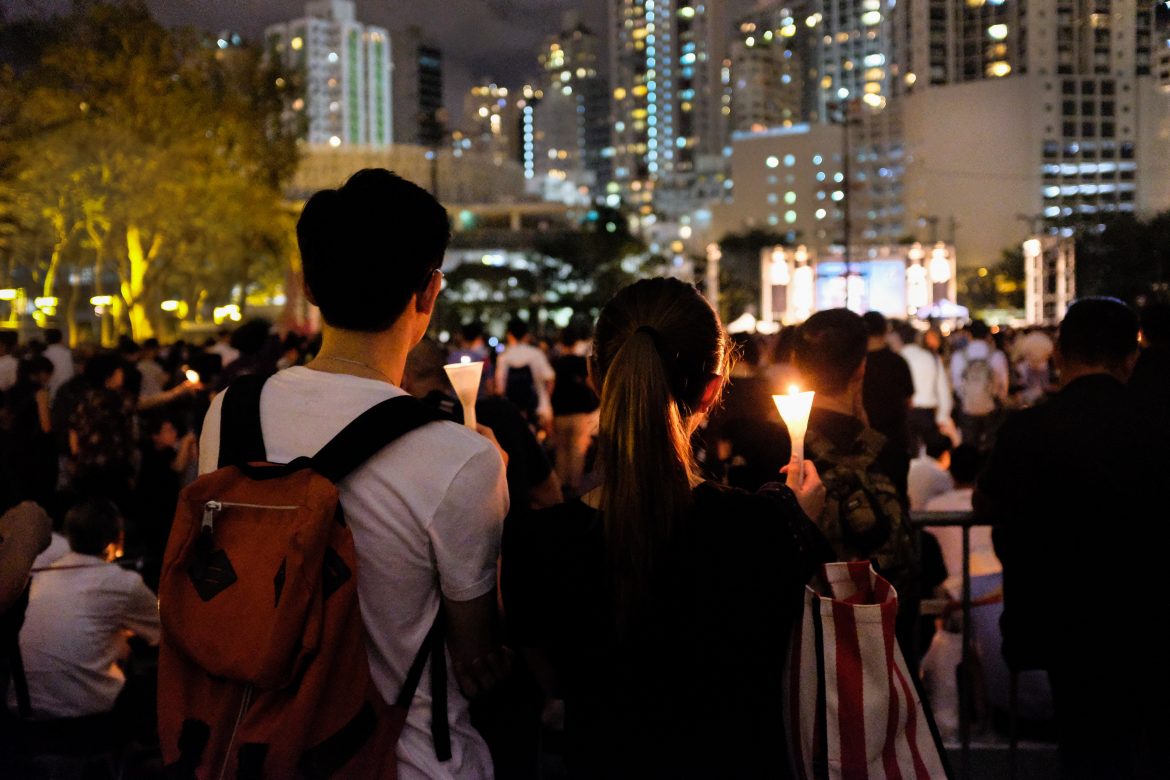 The Staying Power of Racism After Charlottesville

Though the focus of a right-wing rally in Charlottesville this past Saturday was to protest the decision of the local city council to remove a statue honoring Confederate general Lee, a symbol of those who fought to preserve African American slavery, the recruitment poster by one of the major groups sponsoring the rally doesn’t even mention that. It’s message: “Join Azzmador and the Daily Stormer to end Jewish influence in America.” Anti-Black racism and anti-Semitism are out of the closet in Trump’s America, though the media barely mentioned the anti-Semitism and the trauma that quite understandably restimulates in so many Jews who saw the swastikas or read reports of right-wing demonstrators yelling at people they called “kikes” a message that said “you will soon be burning in the ovens.”

Happily the fascists haven’t yet taken over the streets of America and hopefully never will. Jews and other communities of faith were prominently present in Charlottesville’s anti-fascist counter demonstrations and will challenge future attempts by the Right-wing extremists to shape the agenda or claim to be the real representative of those white working class people who are in pain. Yet at a vigil to honor the Charolttesville victims I attended last night in Berkeley where the fascists promise to hold their next large rally August 27th I encountered not only sadness, but fear and confusion as many yearned for a coherent strategy that the American Left sorely needs.

Racism has already been a powerful force in the U.S. for at least the past hundred years, its impact worsened by the dismantling of welfare support and the mass incarceration policies of the Bill Clinton Administration which exacerbated  the vast economic inequalities in the U.S. which have disproportionately fallen onto the backs of people of color. The Obama Administration’s failure to implement any serious anti-racist strategy, e.g. requiring publicly funded schools to teach an anti-racist curriculum, coupled with a response to the economic crisis that tilted heavily toward the interests of Wall Street and the American corporate elite without comparable concern for the millions of poor and middle income victims of corporate malfeasance left many working people feeling that the promises of the Democrats could not be trusted.

The staying power of racism can be attributed in part to the effectiveness of corporate America that benefits from the divisions it promotes among working people, including, in part, the false notion that liberal governments advanced the interests of Blacks at the expense of white people when in fact much of the legislation and policies of the New Deal and post WWII legislation disproportionately benefited white working people by providing them with cheap home mortgages and college educations while largely failing to  cover most African Americans –and the subsequent attempts to benefit people of color did not substantially change these disparities. As Ira Katznelson reports in the August 13, 2017 N.Y. Times, the median wealth for white families, which consists primarily of equity in housing, is today at $134,230, according to the Economic Policy Institute, while for African-Americans families, it just $11,030.

The declining job security at work, the difficulty of building lasting relationships and marriages, and the general feeling of loneliness even within one’s own family are predictable outcomes of a market-based society that privileges and praises selfishness and materialism and honors the rich and powerful no matter how unethically their path to this kind of success.  Having spent all day in a world of work that teaches us to see others as valuable only to the extent that they can advance our own interests, it is extremely difficult for most people to suddenly switch into a different way of seeing others in the few waking hours we have outside the world of work each day. Internalizing this instrumental view of others creates a huge psychological and spiritual crisis in the society—rarely recognized as such by people on the Left. As marriages and friendships feel less secure and people feel lonely and unsure if anyone will really be there for them when they need emotional or material support, the Right uses the resulting insecurity and fear to manipulate mass consciousness, acknowledging the suffering in many white working people’s lives, but then encouraging people to believe that these dynamics are a product of the manipulations of selfish “others”--people of color, feminists, lgbtq, the poor, the refugees, undocumented immigrants, and, yes, the Jews and the liberals (often seen as one in the same). The struggles of these groups to overcome past discrimination is interpreted by the Right as introducing a selfishness that is polluting the whole society, and hence deserving to lose whatever governmental benefits they won in the past eighty years since the New Deal. .

All this is likely to grow worse.

The Trump Administration and Republicans in Congress are working together to throw many more people of color off the voting lists, urging police to be more not less brutal, increasing drug-related arrests and deportation of immigrants, cutting  health care for millions, reducing taxes on the rich, and eventually seeking to eliminate Medicare and social security—all of which will increase poverty and desperation and fall disproportionately on people of color. And Attorney General Sessions’ Justice Department says it will make “discrimination against white people” a priority even as the Supreme Court gutted key parts of the Voting Rights Act and eliminated all restrictions on money in politics.

Sadly, a vocal section of anti-racist activists on the Left continue to blame racism on all whites, insisting that even the poorest and most oppressed white people have “white skin privilege.” For a significant section of the American poor and middle class, these charges show how little liberals and progressives understand the economic and emotional suffering in their lives. When you couple Hillary Clinton’s reference to a significant section of Trump supporters as “a bundle of deplorables” with a Left that is hostile towards religion, the only place many working people in the U.S. can find themselves valued not for how much money they make or power they have, you get a perfect situation for right-wing demagogues to portray the Left as nothing but elitists who have contempt for working people in the U.S.

Liberal and progressive forces seeking to win a veto-proof majority  in 2018 and the presidency in 2020 must purge themselves of their shaming and blaming of Americans, their religiophobia, and their internalized belief that somehow they are on a higher plane of being than the rest of the American public, and move beyond the economistic fantasy that everything will work out if only they had more progressive economic programs. Those are necessary but will never adequately address the psycho-spiritual deficits that leave people feeling terrible about themselves and their lives. Instead of focusing only on what they are against, a revived Left must put forward a positive vision of what it should be for: “The Caring Society: Caring for Each Other and Caring for the Earth.” When a Left starts to talk about a world based on love and justice, and shows genuine compassion for those not yet in their ranks, it will have a real chance of defeating the racism, sexism and other distortions that the Right peddles. The Network of Spiritual Progressives is offering an online training for leftists to help them develop the skills needed to transform the Left so it can be more effective in speaking its natural working class constituency which it has managed to alienate.

Meanwhile, we should not let Sessions and Congressional Republicans seemingly prove their anti-racist credentials by decrying the violence of the Nazis and their alt-right allies—thus providing  themselves with more legitimacy to pursue and strengthen the real arenas in which structural racism is intensifying in the Trump years. And all of us should both be in the streets confronting these haters and also building the kind of movement that we at Tikkun have been advocating, and for which we are offering an online training (info at www.spiritualprogressives.org/training).

Rabbi Michael Lerner is editor of Tikkun magazine, chair of the interfaith and secular-humanist-and-atheist welcoming Network of Spiritual Progressives, and author of The Left Hand of God: Taking Back Our Country From the Religious Right. He welcomes your feedback at RabbiLerner.Tikkun@gmail.com and hopes you will send this message out to all your social media contacts, put it on your personal website, and urge your friends to meet and talk with you about the perspective he presents above and in more detail at www.tikkun.org/covenant.  If you want these kinds of messages to continue to be heard, please make a tax-deductible contribution to Tikkun at www.tikkun.org/donate