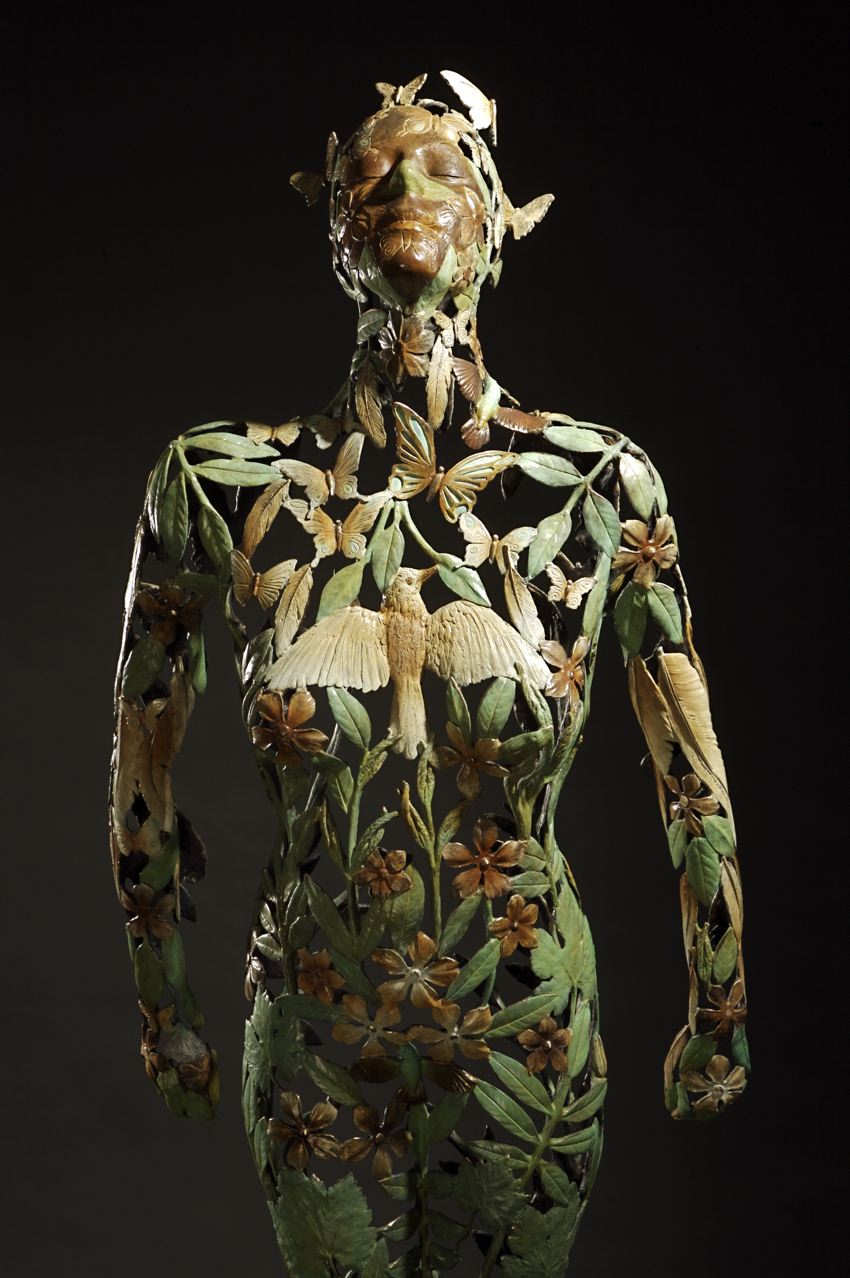 How do we creatively participate in the mystery of spirituality? The participatory approach holds that human spirituality emerges from human cocreative participation in an undetermined mystery, generative power of life, the cosmos, or reality. My understanding of the mystery is aligned with Rabbi Michael Lerner's account (in his book Spirit Matters) of Spirit as the "energizing Force" behind the Big Bang and the ongoing evolutionary process.

More specifically, I argue that spiritual participatory events can engage the entire range of human epistemic faculties (e.g., rational, imaginal, somatic, vital, aesthetic) with both the creative unfolding of the mystery and the subtle entities or energies in the enactment—or “bringing forth”—of ontologically rich religious worlds. In other words, the participatory approach presents an enactive4 understanding of the sacred that conceives spiritual phenomena, experiences, and insights as co-created events. The emergence of spiritual knowing can be located amidst the connections  of human multidimensional cognition, cultural context, subtle worlds, and the deep generativity of life or the cosmos. However, this account avoids both the secular postmodernist reduction of religion to cultural-linguistic artifact and, as discussed below, the dogmatic privileging of a single religious tradition as superior or paradigmatic.

Intrapersonal co-creation consists of the collaborative participation of all human attributes—body, vital energy, heart, mind, and consciousness—in the enactment of spiritual phenomena. This dimension is grounded in the equiprimacy principle, according to which no human attribute is intrinsically superior or more evolved than any other. To be sure, the mind-centered character of Western culture hinders the maturation of non-mental attributes, making it normally necessary to engage in intentional practices to bring these attributes up to the same developmental level the mind achieves through mainstream education. In principle, however, all human attributes can participate as equal partners in the creative unfolding of the spiritual path, are equally capable of sharing freely in the life of the mystery here on Earth, and can also be equally alienated from it. The main challenges to intrapersonal co-creation are cognicentrism, lopsided development, mental pride, and disembodied attitudes to spiritual growth. Possible antidotes to those challenges are the integral bodhisattva vow (discussed below), integral practices, the cultivation of mental humility, and embodied approaches to spiritual growth. Intrapersonal co-creation affirms the importance of being rooted in spirit within (i.e., the immanent dimension of the mystery) and renders participatory spirituality essentially embodied and integrative.

Interpersonal co-creation emerges from cooperative relationships among human beings growing as peers in the spirit of solidarity, mutual respect, and constructive confrontation. It is grounded in the equipotentiality principle, according to which “we are all teachers and students” insofar as we are superior and inferior to others in different regards. This principle does not entail that there is no value in working with spiritual teachers or mentors; it simply means that human beings cannot be ranked in their totality or according to a single developmental criterion, such as brainpower, emotional intelligence, or contemplative realization. Although peer-to-peer human relationships are vital for spiritual growth, interpersonal co-creation can include contact with perceived nonhuman intelligences, such as subtle entities, natural powers, or archetypal forces that might be embedded in psyche, nature, or the cosmos. The main challenges to interpersonal co-creation are spiritual pride, psychospiritual inflation, circumstantial or self-imposed isolation, and adherence to rigidly hierarchical spiritualities. Remedies to those challenges include collaborative spiritual practice and inquiry, intellectual and spiritual humility, deep dialogue, and relational and pluralistic approaches to spiritual growth. Interpersonal co-creation affirms the importance of communion with spirit in-between (i.e., the situational dimension of the mystery) and makes participatory spirituality intrinsically relational and eco-socio-politically engaged.

Transpersonal co-creation refers to dynamic interaction between embodied human beings and the mystery in the bringing forth of spiritual insights, practices, states, and worlds. This dimension is grounded in the equiplurality principle, according to which there can potentially be multiple spiritual enactions that are nonetheless equally holistic and emancipatory. For example, a fully embodied liberation could be equally achieved through Christian incarnation or Yogic integration of purusa (consciousness) and prakriti (nature); likewise, freedom from self-centeredness at the service of others can be attained through the cultivation of Mahayana Buddhist karuna (compassion) or Christian agape (selfless love) in the context of radically different ontologies. This principle frees participatory spirituality from allegiance to any single spiritual system and paves the way for a genuine, ontologically and pragmatically grounded, spiritual pluralism. The main challenges to transpersonal co-creation are spiritual disempowerment, indoctrination, spiritual narcissism, and adherence to naive objectivist or universalist spiritualities. Antidotes include the development of one’s inner spiritual authority and the affirmation of the right to inquire, heretical courage, and enactive and creative spiritualities. Transpersonal co-creation affirms the importance of being open to spirit beyond (i.e., the subtle dimensions of the mystery) and makes participatory spirituality fundamentally inquiry-driven and enactive.

Although all three dimensions interact in multifaceted ways in the enactment of spiritual events, the creative link between intrapersonal and transpersonal co-creation deserves special mention. Whereas the mind and consciousness arguably serve as a natural bridge to subtle spiritual forms already enacted in history that display more fixed forms and dynamics such as cosmological motifs, archetypal configurations, and mystical visions and states, greater access to the more generative power of life or the mystery can be found through attention to the body and its vital energies. From this approach, it follows, the greater the participation of embodied dimensions in religious inquiry, the more creative one’s spiritual life may become and a larger number of creative spiritual developments may emerge.

Jorge N. Ferrer, Ph.D., is chair of the department of East-West Psychology at the California Institute of Integral Studies in San Francisco. He is the coeditor of The Participatory Turn: Spirituality, Mysticism, Religious Studies (SUNY Press, 2008). In 2009, he became an adviser to the organization Religions for Peace at the United Nations on a research project aimed at solving global interreligious conflict.