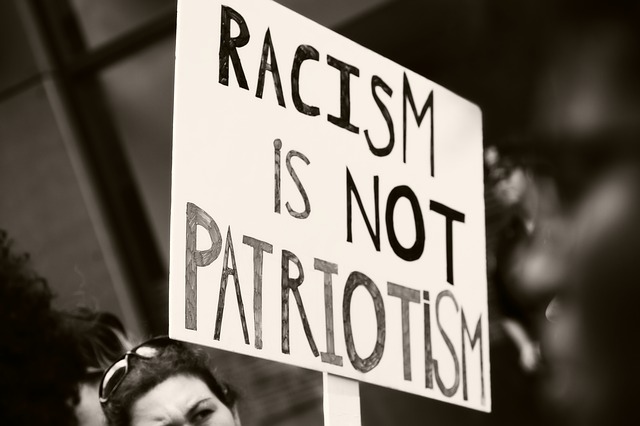 Ten eventful days in Germany set alarm signals clanging louder and louder – worst of all in the East German state of Saxony –– but in Berlin as well!

In the first episode, in Saxony, the neo-Nazi PEGIDA movement, which has marched in Dresden on many Mondays since 2014, has faded with the growth of the more respectable-looking, more successful but equally racist Alternative for Germany (AfD), which now, with 25% in the polls in Saxony, is second strongest party, with a strong chance of winning next year’s state elections and forming or at least sharing the next government. In fact, it is close to edging out the Social Democrats as second strongest party in all of Germany.

At a PEGIDA rally six weeks earlier, at a time when a ship full of people rescued from drowning in the Mediterranean was desperately seeking a port, the crowd had chanted “Let it sink! Let it sink!” For the August 16th rally a TV channel sent out a team to film these or similar goings-on.

Suddenly an ugly-looking demonstrator with an odd cap in the colors of the German flag ran in front of the camera shouting that they were filming him without his consent, thus breaking the law. The journalists told him to simply walk away if he didn’t want to be filmed. Instead, after shouting angrily into the camera, he called the police and insisted that they arraign the “law breakers”. The police obliged and held the team virtually captive for 45 minutes to “register their identity” and write up the mutual accusations. This effectively blocked their filming – clearly what the man had intended.

The story, with the angrily shouting face, hit the national media, accompanied by accusations that the police had worked hand in hand with PEGIDA to curb freedom of the press.

What followed was curious: the minister-president of Saxony, a right-wing Christian Democrat (Merkel’s party), sided not with the TV crew but with the police – for “properly doing their duty”. Under pressure he promised to “further investigate” the case.

Then came the crowning revelation – a discovery that the angry protester was himself an employee of the state police authorities – “not in duty but on vacation”. Police and PEGIDA seemed somehow in cahoots!

Two days later it was Berlin’s turn. Every year the Nazis, old and new, mark the death in 1987 of Hitler’s Deputy Führer Rudolf Hess, who flew a famous solo flight to Scotland on May 10th 1941 in an unsuccessful attempt to make peace with Britain six weeks prior to the Nazi attack on the USSR. Hess committed suicide in 1987 while imprisoned for life in a four-power prison in West Berlin’s Spandau district, and while the prison was torn down years ago to prevent its becoming a shrine, the Nazis meet there anyway. Last year they were outnumbered by anti-fascists – 2000 to 800 – and thus kept from carrying out their planned march.

This year they again called for a march. Berlin’s city-state minister responsible for law and order, a Social Democrat, stated regretfully that he could do nothing to legally prevent them and OK’d it. So the anti-fascists again organized a protest, with church groups, party groups, unions and others organizing a big counter-rally and, by some, a blockade of the Nazi march route. About 2500 showed up. There were very few Nazis, they could hold no rally and the battle seemed won; church bells knelled in triumph and local political leaders were jubilant.

Then it leaked out that this was the wrong place! The Nazis had evidently agreed with the police to forget Spandau and switch their march through a left-leaning area in East Berlin, with one section known for so-called “autonomous”, action-prone young people, whose anti-fascist action often included bottles and stones. Police units, part of the 2300 assembled that day, now marched alongside about 700 Nazis from their starting place (now United Nations Square, in GDR days it had been Lenin Square) along the entire route, protecting them against small, hastily assembled groups of anti-nazis, including a very few bottle or stone-throwers of the masked, “black bloc kind which the mass media love to stress. Some rules for the march had been handed down: no boots, no uniform, no mention of the name Rudolf Hess. Instead, their big banner at the front quoted him in big letters: “I regret nothing”!

In the meantime the main anti-fascist group in Spandau, off in the city’s western outskirts, was trying to get back into town to stand up properly to the Nazis. But the police first hindered them from reaching the train station and, when many finally did slip through, the police prevented them – and other passengers – from leaving the train stations nearest the Nazi march and even stopped a train which would have taken them close to the final Nazi rally.

The police could thus boast, by and large, that peace and order had been maintained. The Nazis could boast that they had accomplished what they had planned. As for the city government, a delicate coalition of Social Democrats, Greens and also the LINKE (Left), they had nothing to boast of; indeed, there were no audible statements of any kind.

Peace and order were frighteningly absent the next weekend in Chemnitz (after Leipzig and Dresden the third biggest city in Saxony). A Saturday evening city festival was suddenly ended by a murder; a young man of 35 died of knife wounds after a fight. Two young immigrants were arrested, a Syrian and an Iraqi. The mass news rag BILD quickly spread a story that he was killed while protecting a German woman harassed by the foreigners. The story, a total invention, spread like wildfire in Facebook and other social media; the fact that the victim’s father was Cuban and the background of the fatal fight was still a secret was of no importance; the victim was “a German killed by knife-wielding foreigners, asylum-seekers”. On Sunday evening a memorial march to the site of his death, with flowers and  candles, swiftly turned into a wild chase by 800 fascist types against anyone who looked “foreign”, against those calling for calm, against any and all journalists, considered enemies, and against the pitifully small contingent of police trying to separate opposing groups.

By Monday evening the fascists – with supporters from all over Germany – had rallied a mob of about 7000 thugs who basically seized and controlled the city center. The police, although certainly forewarned, had strangely assigned only a puny contingent of 600 cops with two water cannon, which proved almost totally ineffective. The wild attacks of the previous evening were multiplied against journalists but especially against the courageous 1000 to 1500 who held up banners saying “No to Racism and Violence” or “Chemnitz – Free of Nazis” – and were only partially protected by the police. Luckily, except for one man whose nose was broken, only a few were injured – but this was less a result of police “separation” than the steadfastness of the anti-fascists.

Chemnitz has a varied history. An industrial city specializing in heavy machine tools, it leaned strongly to the left before Hitler took over. It was hit heavily by wartime bombing. In 1953, in the days of the East German Democratic Republic, it was renamed Karl Marx Stadt, with the approval of one sector of the population and the silent disapproval of another. After German unification in 1990 76% voted to return to the name Chemnitz. But part of its heritage included a massive bronze bust of Karl Marx, erected in 1971 – 23 feet high and with its granite pedestal 43 feet. Perhaps surprisingly, the Chemnitzers decided to keep this monument, which they fondly nicknamed “nischel”, a slang word like “noggin”. It became a main attraction of the city, with souvenir replicas even in chocolate. Offers to buy it from West Germany and the USA were rejected. Behind it, in large stone letters, are the Communist Manifesto words “Workers of the world unite” in German, English, French and Russian.

Last Monday the mob surrounded the Marx bust. They did not damage it physically, but films show thugs shouting from the pedestal, with one man raising his arm in the legally forbidden Hitler salute! The slogans, written or shouted, were in a similar vein. The biggest banner said in local dialect, “We wanna be German – and free”. Many shouted the “We are the people” slogan used by the anti-GDR crowds in 1989, but now directed against foreigners, Merkel, LINKE, the press, anyone but fascists.

How could this happen? Although unification (or “annexation”) was 28 years ago – it will again be celebrated on October 3rd – wages in Saxony are almost a quarter lower than in Germany nationally, although hours average longer. The all-German average jobless rate is 5.1% – but 7.3% in Chemnitz, with a high proportion of hope-destroying “precarious” jobs. Many here are angry – and misled, and there are a variety of racist and fascistic groups, which all joined together!

The fascistic Alternative for Germany, although always disparaged by the other parties, has been given surprisingly generous treatment by most of the media which, although the fascists attack them as pro-immigrant, have actually played up every criminal deed by an immigrant or other “non-German”, often for weeks and months, while hardly mentioning or quickly dismissing countless attacks on people of color or wearing head cloths or with other “non-German” characteristics.

Merkel’s CDU party, despite its “tsk-tsk” rejections of mob actions, almost always condemns both “left and right extremists” but often stresses the former, who are usually the most active and often the only sector really fighting the Nazi menace. In Saxony, recent years have seen many violent but hardly punished attacks on immigrants and often revealed suspicious connections and collusion between conservative government institutions on many levels and the fascist mob, most alarmingly with the Bureau to Defend the Constitution (Verfassungsschutz), which is much like the FBI. What will happen if in states like Saxony the AfD shares or even heads a state government? Déjà vu 1932?

The fascists marched again Thursday evening, but a big anti-fascist counter-rally is planned for Chemnitz on Saturday, September 1st.  Other major protests are planned for Berlin and Hamburg in September and October. A big new attempt to push back this scary onslaught is due to be launched on September 4th; Aufstehen – Stand Up – hops to create not a new party but a movement, uniting people Social Democrats, Greens, the LINKE or any others in a combined effort to win successes for working people: affordable homes and controlled rents, better wages and pensions, taxes on the super-wealthy, stronger unions, and peace in the world. This and the other efforts represent hopes for fighting back. Their success could be crucial in all of Europe, indeed in all the world.