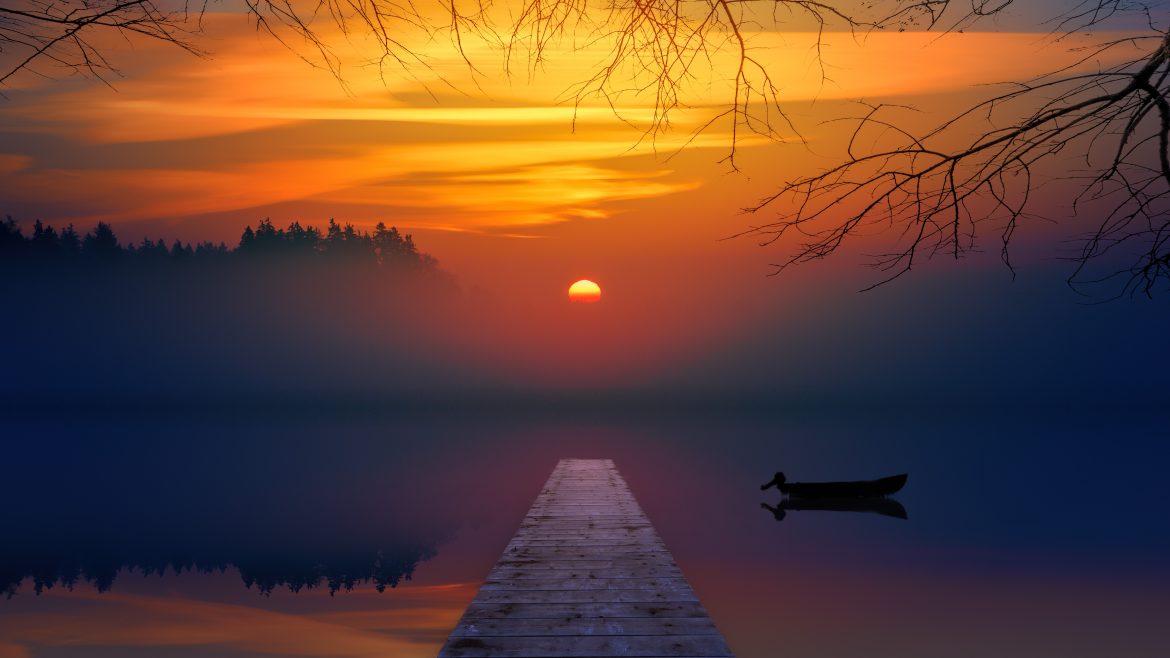 The completion of the annual cycle,
when we read the last portion, when
we begin to believe, as we have throughout

the centuries,  that this time we will get it right
and be finished with this labor, this
rolling up, like Sisyphus and his rock,

the heavy stone of commandments
and wrestling with —what to call It?—
It doesn’t even have a name—that Holiness,

that Tyrant, one moment embracing us
as if we were his children and another
smiting us as if we were better off as the nothing

we were before He claimed credit
for creating us—yes, this time we’ll chant
the very last passage once and for all. The one

about Moses, the favored son, whom He loved,
above all the others, the one who
He asked to do His dirty work—to corral

all of us complainers into that dreamland,
that grand retirement home, only to be told,
at the last moment, that—though he

did wonders, he can see the place,
he may not enter, all his yearning
almost-fulfilled. Better to have stayed

a shepherd, this leader must have thought.
But we read: No prophet has risen like Moses,
whom the Lord knew face to face.

Just as we pronounce these closing words,
again—for the how-many-millionth-time?—
clasping again to the hope that we’re finished

with all this repetition, and just as the rabbi
is about to seal the magnum opus for good,
and he raises her arms in benediction

above us, exhausted as we are
from the long week of work and  heartaches—
and we rise and sway and he squints,

assessing all the secrets that lay hidden there,
and just as he is confirmed in his decision
to rollback the scroll and once again place

his pointer under the opening words and chant:
In the beginning, God created the heaven and earth—
at that precise moment, between the last words

and the first,  between the standing up
and the sitting down and the starting all over again,
just as the Sabbath sun  burns down

into its deepest flame— you decide it’s time
to depart, you don’t need to recite all those words again.
You know the whole story by heart.

Philip Terman’s recent book is Our Portion: New and Selected Poems. His poems have appeared in Poetry, The Kenyon Review, The Georgia Review, and The Sun Magazine. He teaches at Clarion University and is codirector of the Chautauqua Writers Festival.