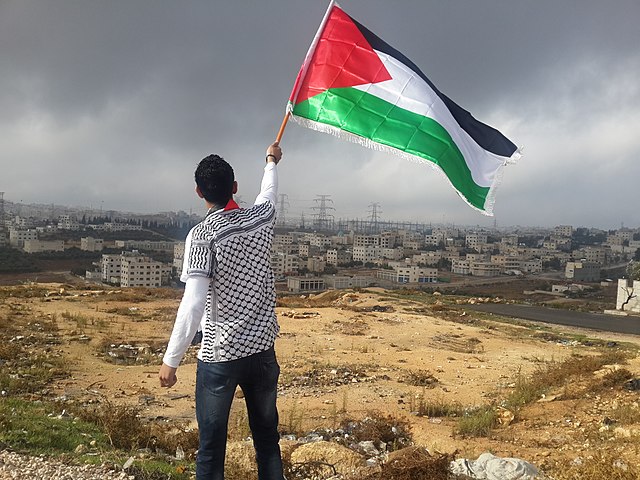 On Friday, March 31st, tens of thousands of Palestinians, living as effective prisoners in the Gaza strip, launched mass protests against Israeli policies. On that first day of protests for the Great March of Return, at least 18 Palestinians were killed, and hundreds more were shot by Israeli snipers. In the week following this violence, I thought often about the Palestinians who were killed. I also thought about how I, as a Jew, could honor their deaths, and their struggle for independence and self-determination, and how the American Jewish community should respond.

My initial mourning was private and personal, as I thought about the Palestinians who I knew in the West Bank, and what their life is like under Israeli occupation. I have shared meals and slept in the home of Palestinians in the West Bank. Every time violence breaks out between Israelis and Palestinians, I worry about their safety.

But private and personal mourning wasn’t enough, and leaving it at that would betray my Jewish values. In Judaism, mourning is often communal. In the days after the death of a close relative, observant Jews sit shiva in their homes, as friends and neighbors come to pay their respects. In the period after a loss, many Jews recite the Mourner’s Kaddish, often in the presence of at least ten Jews, a religious quorum or “minyan”. This honors the dead by making clear that their loss is felt by the community as a whole, that any loss of life requires healing and reflection by the living.

One week after those 18 Palestinians were killed, I attended services to share the names of Palestinians killed in Gaza during the Mourner’s Kaddish, in order to mourn them according to Jewish values and tradition.

In this way, my mourning for the Palestinians in Gaza became not only personal, but also a public act of spiritual and political solidarity. Recognition through the rituals of Jewish mourning is sometimes extended to non-relative Jews, such as Israeli soldiers who are killed in action, Jews killed in terrorist attacks, or Israeli politicians. I had never before participated in a Jewish communal expression of religious grief for Palestinians. The situation in the Middle East is complex and emotional, and I was wary that pro-Israel Jews might not welcome my expression of solidarity and grief for the deceased Palestinians.

At services, I stood for the Mourner’s Kaddish, and watched as the Jews around me spoke the prayer, with their relatives in mind. When the prayer finished, I remaining standing, and told the Rabbi and congregation that I was there to mourn the 18 Palestinians who were killed in Gaza over the previous week, and that I would be reading their names. While reading their names, I took my own personal mourning, and extended a private feeling of grief into a communal space, to demonstrate with words and action that our moral obligation as Jews extends to Palestinians as well.

The services concluded, and I remained sitting, thinking about what it meant for me to enter a Jewish space in order to publicly grieve for Palestinian victims. As the congregants left, ten people stopped to offer me words of gratitude for my action. While some complimented my courage, my small act of mourning, fraught and emotional though it was, is nothing in comparison to the courage of the Palestinians who have been standing up and demanding their freedom in the face of Israeli snipers for the past weeks. It is easy to feel helpless as an American Jew over the Israeli occupation, but my individual act of mourning is an action that I can do every Friday, as long as there are more Palestinians who are killed while standing up for their freedom and dignity. This past Monday was the deadliest day for these protests, with over 58 Palestinians killed throughout the Gaza strip, and thousands of Palestinians have been wounded by Israeli snipers since the Great March of Return began. There are many more souls for us to mourn this week.

I know what our religious leaders should be saying about Gaza from the pulpit on Friday, and I also know that many will fail to rise to the occasion. But in instances where words of support for Palestinian freedom and dignity are lacking, we can each bring this important message into our congregations during the Mourner’s Kaddish.

I am heartened to see that Jews in America are mobilizing to stand in solidarity with Palestinians who are facing Israeli violence and occupation. I will keep protesting in the streets, and also to make time for Friday night services, when I can honor Palestinian victims with the Mourner’s Kaddish. For me, this practice will continue as long as Palestinians must continue surrendering their lives and their loved ones for the cause of freedom and self-determination. I invite other Jews to join me in bringing the names of these Palestinians into their congregations – this public act of grief honors their legacy, and our communal mourning honors our Jewish values.

Andy Ratto is a 34 year old Jewish activist and organizer in Brooklyn and a supporter of Palestinian freedom and self-determination.

One thought on “Mourner’s Kaddish for Gaza Palestinians”