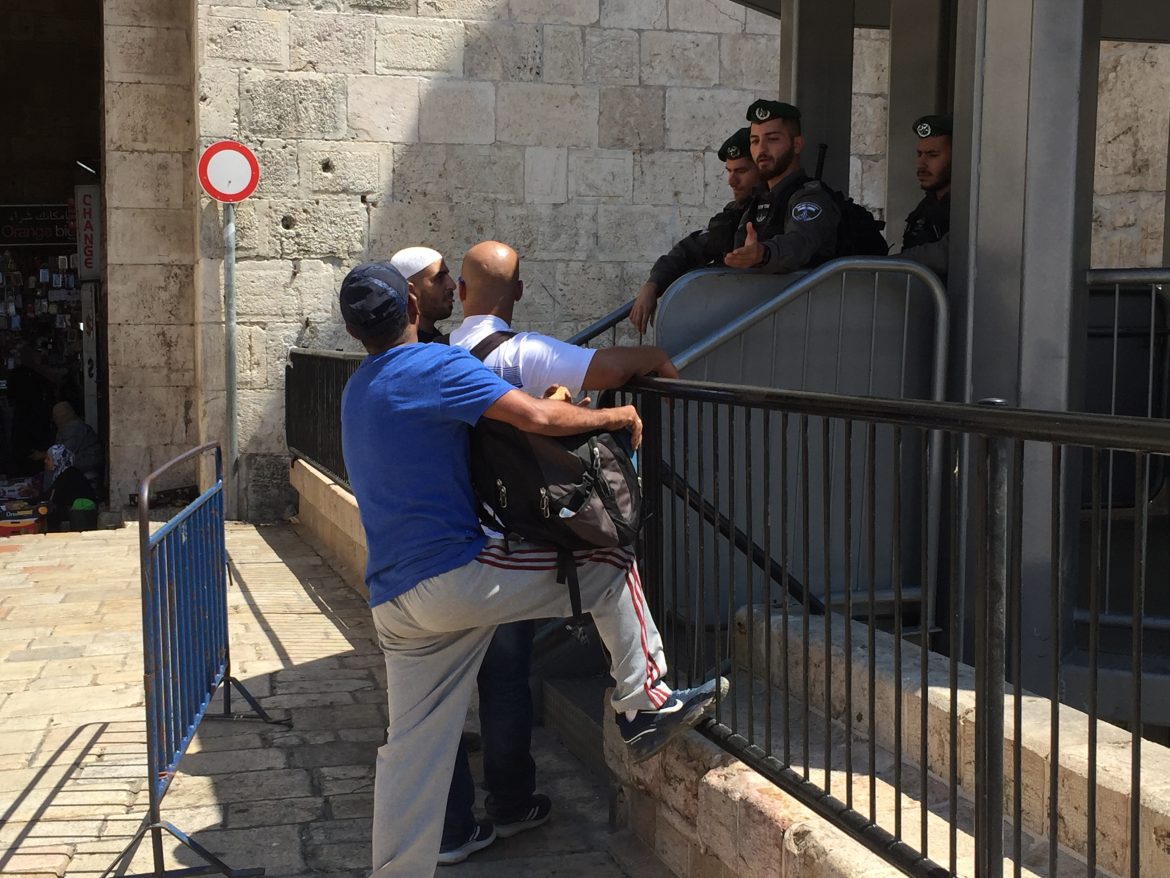 Editor’s Note: This report was written by Antonio Di Gesù, a rabbi living in East Jerusalem near the Damascus gate. He works at a Palestinian bakery and lives above the bakery with Palestinians. This incident occurred on the eve of the holiday of Simchat Torah. Several dozen Jewish rioters, coming out of prayers at the Kotel, threw chairs, tables, and rocks at Palestinian stores and restaurants near the Old City's Damascus Gate. Five Palestinians were injured.

A few days before that incident, four Palestinian students were accosted at a park right next to Jerusalem’s popular German Colony neighborhood. One of them was allegedly tased and beaten until he lost consciousness. That same day, a Palestinian bus driver was assaulted in his bus in the settlement of Beitar Illit.

This I must tell, because it won't make the news tomorrow and also because it was one of the scariest moments of my life.

At around 11:40 by chance I was at the bakery and before we could realize it, there are Jews coming up from the prayers at the Wall running and yelling. Something must have happened. Then some Arab youth comes in shouting to close the door because the Jews were attacking the Arab stores on the block, smashing chairs and throwing stones. And then suddenly there's a raging crowd, youth and mature men, stops in front of the door of the bakery shouting "Death to Arabs" and throwing stones. The Arab youths from the side where I am standing curse at them loudly and yell "It's easy to be a hero when you have the army that defends you! Come alone!" We are standing at the threshold of the store. My friend Ahmad wants to go outside and tell them to go away. Turns to me saying "You're Jewish. Tell them and they'll leave" and I'm telling him to stay inside, there's no need to go outside. And then one young men, in black with white Rabbi Nahman and peyot leaves the crowd to throw a stone at us from closer by, another one bangs a chair at one of the cars outside. I cannot see the trajectory of the stone but my legs are paralyzed, I just look to see where Ahmad is, he's inside behind me, and the stone luckily doesn't reach either one of us. After a few minutes of this, police and army arrived, but (should I say "of course"?) they did not stop any of the Jewish hooligans. They just made a line separating between us and them, between those screaming "Cowards, sons of bitches" to those chanting "Deaths to Arabs," and "Mohammad is a pig." The good news is that they didn't stop any Arabs either. (Ah, for those of you who don't know, when a Jew harasses an Arab and the Arab goes to the police to complain, it's the Arab who gets usually arrested. Especially in the West Bank, where the Arabs don't even bother complaining any more).

The Damascus Gate, one of the most important gates in the wall that encloses the old city of Jerusalem. Image courtesy of Dan (Flickr: twiga_swala).

Antonio Di Gesù, a JTS graduate, served as rabbi of Baldwin, NY, Tokyo, Japan, and other places. He is a translator of Israeli literature into Italian, and is currently pursuing an M.A. in Arabic literature at the Hebrew University of Jerusalem. He lives in East Jerusalem, where he works in a Palestinian bakery when he is not compiling the first dictionary of Jerusalem Arabic.