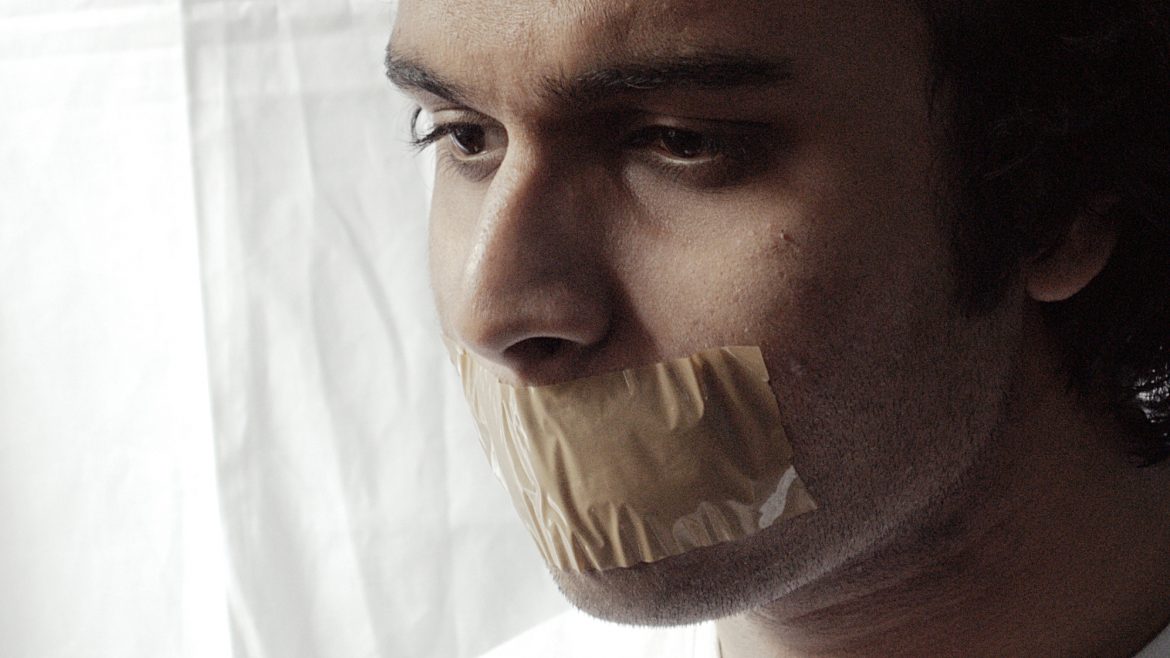 In 2012, a New York Court upheld the constitutional right of a Jewish woman, Pamela Geller, to place ads on the subway system calling Palestinians “savages.” In 2013 and 2014 she produced similar transit advertisements linking Islam to Hitler. Yet only two years earlier, in 2010, a Seattle group wishing to place ads on 12 municipal buses stating that “Israel committed war crimes” was blocked by all the local liberal politicians and the proposed ads were called “hate speech” by many Jewish supporters of Israel.

But what exactly is “hate speech” and to what extent are discomforting words protected by the First Amendment?

There are many contemporary issues surrounding speech —and whether it should be regulated and if so by what standards.  For much of the past year we have seen numerous reports of the use of social media to influence elections, promote authoritarian ideas, and filter out certain points of view. In the US, as of now, megacorporations are the arbiters of permissible speech, under some loose government oversight.  Some states are attempting to fill this gap left by the Trump Federal Communications Commission. And the EU has imposed regulations chiefly designed to protect privacy.

Facebook, Twitter, and Google are private firms, so the First Amendment restriction on governments doesn’t apply to them. In addition, in the early days of the internet they were given immunity from defamation laws (unlike newspapers which can be liable for publishing personally injurious falsehoods).

Many of the messages on these platforms are hateful. Yet who is to make the discretionary subjective determinations as to what should be taken down? Public pressure and the veiled threat of Congressional removal of their statutory shield has led to some vigilance on the part of these corporations. But it is erratic and inconsistent.

While many of these issues do not directly involve hate speech, their prevalence indicates that even after 225 years of living with the First Amendment, a vital democracy continues constantly to grapple with issues regarding what speech should be permissible in public forums.

This issue is of salience to all Americans, as Charlottesville brutally reminded us. But these questions may have particular poignancy for American Jews who are confronted frequently with reports that Palestinian support groups on campus claiming that “Zionism is racism” or favoring BDS lead to fear and concern among Jewish students. Should such speech be restricted or banned?

Nadine Strossen, the author of a recent book Hate: why we should resist it with free speech, not censorship” (Oxford University Press) is particularly well suited to address the complex issues around such questions. A professor of constitutional law at New York Law School, and the first woman to be national president of the American Civil Liberties Union (1991-2008), Strossen has made thousands of public appearances (including on over 500 campuses) and authored extensive writings addressing the subtle concerns about free speech. In the past she has addressed equally difficult matters of free speech when, in 1995, she published a rejoinder to feminist concerns that pornography should be banned because of its misogynist possibilities (Defending Pornography: Free Speech, Sex, and the Fight for Women’s Rights, Scribner)

Why are these concerns about the First Amendment —about what speech is protected and what speech should be punishable —so important today? It seems that a number of converging trends have caused these questions to rise up in our consciousness:

Within the Jewish community, opposition to the rise of a movement to Boycott, Divest, and Sanction Israel for its continued occupation and resettlement of Palestinian lands has become a focal point of activism.  The movement describes itself as “work[ing] to end international support for Israel’s oppression of Palestinians and pressure Israel to comply with international law.”  It has been only mildly successful, although there appears to be a slow, steady increase in the boycotting that is happening. See https://bdsmovement.net/news/18-highlights-bds-impact-2018. Among the claims of the BDS adherents (and others) is that Israel is an apartheid state, invoking images of South Africa. This comparison has led to many statements of outrage by established Jewish institutions, although the daily reality in Israel (such as the new Nation-State Law) increasingly seems to support it. BDS is claimed to be anti-Israel, anti-Jewish, anri-Semitic. Even if these descriptions are accurate, are there grounds to prohibit such advocacy?

As Strossen suggests in her book, we need to step back and actually understand the definitions of some of the terms being used in these arguments.

For example, “speech” includes conduct which is expressive (such as flagburning) and there is an evolving legal test to determine what actions are actually speech (this of course is still controversial, with the incidents of florists, bakers, and candlestick makers refusing to provide services to gay people). Does the government have a sufficient compelling interest in what is going on in order to intervene? Clearly maintaining law and order provides one valid interest, but is the protection of the sensibilities of various groups also sufficient? Is there an incentive to promote disorder and rioting amounting to an ex post justification of such laws?

Secondly, who is in the “audience.” Are these people able to avoid the speech or are they captive (so for example a “hostile environment “in the workplace is crucial regarding sexual innuendos because employees are not able to readily leave).

Third, is there actual “harm”? Yes, we try to protect peoples’ mental health but as Strossen emphasizes the Constitution presumes robust debate and that people have thick skins to withstand sharp and corrosive words. There is sometimes a false equation, she points out, between controversial ideas and physical harm or violence.

Finally, there is the notion of “censorship”. Legally, only a government can censor, but for this discussion the issue is whether enough people in an audience can block a speaker from talking, loosely called censorship, and here the results of any analysis must be very factually dependent.

Let’s get to the nitty-gritty. What exactly is “hate speech”? Hate speech is speech which will cause immanent specific harm. There is a sort of emergency test – we are talking about true threats that instill an unreasonable fear of violence. Such speech is equivalent to what legally has been called “assault” (the actual physical hitting of someone is a “battery“, not legally assault). In this regard, hate speech is just a modern variant of a very old common law description of actionable words.

We also should note that the term “hate crime“ is also a term of art. It technically refers to treating a crime as more serious, with a higher punishment, because the presence of assault words has exacerbated the underlying criminal actions.

Strossen notes, going back to John Stuart Mill, that focusing on attributing causation to speakers so broadly and in such random situations we are actually letting the truly violent people off the hook in terms of accountability for their antisocial actions.

So a hate crime is one in which there is an actual threat or incitement to violence that is intentional, and immanent or reasonably likely.

Poignantly, as the child of a Holocaust survivor, Strossen notes that punishing hate speech would not have stopped Hitler. German laws against hate speech were enforced in the Weimar Republic and there were many successful prosecutions. The Nazis reveled in these prosecutions because it made them martyrs. They continued to engage in violent speech (and violence) and were not successfully stopped by any existing hate speech laws

As noted above, post Holocaust laws in many European countries make certain forms of speech —including the depiction of the swastika, and even expressive conduct such as the Nazi salute—criminal. To our dismay in recent years, such laws do not seem to have inhibited the growth of alt-right movements in the European Union. There is an important lesson here – such hate speech laws do not actually function to protect minorities. In addition, the very high security costs which are imposed on local governments and universities under such situations–to control protests and counter-protests—render decisions to protect public safety constantly uncertain.

In any event, and it cannot be stressed strongly enough, the Supreme Court has been consistent in saying that governments must maintain viewpoint neutrality. Particular positions on any public issue are not grounds for suppressing that speech. In this regard, it is worth noting, that although three-quarters of the states have passed laws attempting to suppress the BDS movement, and the US Senate has passed a bill in January with such a provision, and several more states are considering such legislation, cases challenging these laws brought by the ACLU have been uniformly successful.

Speech can cause harms, harms that have physical manifestations. We don’t need to be mental health experts to understand this. The question is how to deal with the inevitable slings and arrows of public debate. Up to a certain point, the price of a free and democratic society is that we have to bear some burdens, hits, insults. We should recall, with substantial chagrin, that in a 2011 Supreme Court case the picketing of funerals with raucous jeering and insults, by members of a benighted church congregation, was held to be constitutionally protected.

Strossen specifically suggests that it’s far better to empower the listener with dignity and strength rather than to try and suppress the speaker. If members of a funerary party were supposed to be able to do this, we all should be up to the task.

Many of the provisions of the Bill of Rights, and especially those of the First Amendment, are anti-majoritarian. Although we learned in elementary school that the majority wins in elections we should never be taught that the majority is therefore always right—certainly not in matters of religion, assembly, or speech. This is the powerful message of the concise words of the First Amendment.

Almost a century ago, Justices Brandeis and Holmes inveighed against adopting a standard that if speech had a “bad tendency“ it could be regulated or suppressed. Their dissenting view has now long been Supreme Court doctrine.

Whether it be claims that Palestinians are assassins or that Israelis are murderers, whether it be arguments that Boycotts/Divestments/Sanctions against the Israel government or the settlements are anti-Semitic or not, or whether it be assertions that Zionism is racism or that Zionism is the national liberation movement of the Jewish people, our system of democratic governance allows all to have their say. Strossen teaches that the answer to hateful speech is more speech.

In this regard it would be helpful if officials at Hillel, Stand With Us, many Jewish Federations, the American Jewish Congress, etc., would read this book. Then they might better understand that the supposed trembling of fearful Jewish undergraduates at the words being forcefully spoken by some campus orator in favor of the Palestinian cause presents no reason at all to invoke the fearsome police powers of the local government to suppress that speech.

Philip L Bereano has served for 25 years on the National Board of the ACLU.