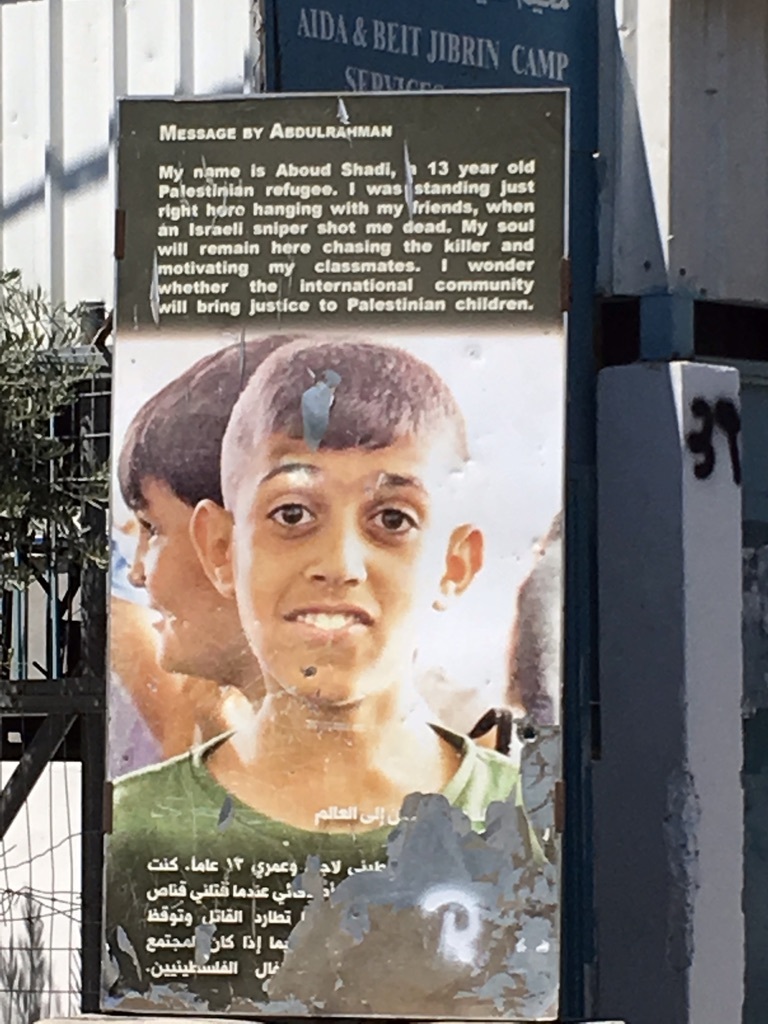 New report: Contrary to its own regulations, the Israeli military arrests hundreds of Palestinian teenagers from their beds in the middle of the night, in a systematic violation of their rights

Israeli human rights group HaMoked petitions the High Court of Justice following the report’s findings that no efforts are made to first summon minors to interrogation; The arrests often include violence and humiliation;

Every year, the Israeli military arrests hundreds of Palestinian teenagers in the middle of the night, taking them to interrogation hand-cuffed and blindfolded, and traumatizing whole families, including young children. The night arrests are the default for the military, and constitute the first effort to bring these boys to interrogation, in violation of the military’s regulations and commitments to issue a summons to interrogation prior to any arrest. These are the findings of a new report issued by HaMoked.

The report is based on 81 affidavits HaMoked took from boys aged 14-17 who were arrested in 2018-2019. 72% (58 of the boys) were detained at home between the hours of 11pm and 5am. 56 out of 58 boys did not receive any written or verbal summons, which could have enabled them to come in for interrogation of their own accord, making the traumatic night arrest unnecessary.

The affidavits show that the night arrests entail extensive violation of rights and often include physical violence. The boys are often forcibly taken from their beds, in front of shocked younger siblings. The soldiers do not tell them the reason for the detention, nor inform their parents where their son is being taken or how they can communicate with them. Eleven of the boys described how they were taken without being fully clothed or wearing just thin pajamas, some of them even without shoes.

About half of the boys experienced physical violence, humiliation and threats during the detention or on the way to interrogation. The journey to the interrogation center can take many hours and include multiple stops. Virtually all of the boys were kept blindfolded and handcuffed for this entire time, in violation of the regulations and beyond any reasonable need. Many were denied food or drink, and the use of a bathroom, and were exposed to extremes of temperature.

Military regulations require issuance of a summons to report for interrogation before a minor is detained. Only if a summons is not possible or effective, can an arrest be carried out. In correspondence on this matter with HaMoked, in 2014 the military announced a pilot program to examine the alternative of summoning minors to interrogation. However, according to the report, the pilot was barely implemented.

This week, HaMoked received data proving that night arrests are the first recourse for bringing Palestinian teenagers to interrogation: in response to a Freedom of Information request, the military stated that in 2019 it detained 235 Palestinian minors in preplanned arrest operations (not including arrests in East Jerusalem). All of these detentions, without exception, were carried out between 11pm-5am.

H.N., 15 from the village of Nahhalin, described his arrest:

I was arrested at home at 3:00 a.m. I was asleep. I heard loud knocking on the front door. I woke up and went out of my room to see what was going on. I saw a lot of soldiers in the house. One of them was talking to my father. They said I was causing trouble and that they wanted to arrest me. They didn’t say where they were taking me. I didn’t get any summons to come to interrogation before that. If they had summoned me, I would have gone… I have two sisters and two brothers. Two of them are young – one and three years old. The little ones started crying. They were scared. The soldiers put the whole family in one room. They shut them in. I heard the little ones crying.

H.N. described how soldiers abused him after he was blindfolded:

At first, two of them held me from behind. At some point, they left me to walk alone. They tripped me up and I couldn’t see. I kept falling down and getting up… I found myself bumping into a pole. The left side of my forehead was injured… They laughed the whole way, as if they were making a game out of it, having fun knocking me over and tripping me up.

The whole way, the soldiers who were walking with me kept hitting me with their hands, feet and rifle butts, especially in my back. They hit me in the arms and legs, too. I didn’t know where all the punches were coming from. The blows to my back were extremely painful. They kept up the beating until we got to Beit El. There was an inspection at the entrance to Beit El. The doctor saw the marks from the beating and asked how I got them. I said it was from the soldiers. The soldier who was there started shouting and saying it wasn’t true. I argued with him. He tried to attack me. I was scared. I said, ‘okay, it’s not you guys’. I was really afraid of him. The doctor just watched and didn’t protect me.

This week, HaMoked filed a petition to Israel’s High Court of Justice against the widespread practice of night arrests of Palestinian minors in the West Bank, which violates international law. The petition demands that a summons via their parents be the first recourse to bring minors to interrogation and that the military apply the same protections afforded by the Israeli Youth Law, based on the principle of the child’s best interest.

Jessica Montell, HaMoked’s Executive Director: “We expect the High Court to put an end to the use of night arrests as the military’s primary, and even exclusive method of bringing Palestinian teenagers to interrogation. The military must exhaust all alternatives before it gets to the point of invading homes in the middle of the night, traumatizing entire families and dragging teenage boys from their beds.”

HaMoked: Center for the Defence of the Individual – Founded by Dr. Lotte Salzberger is a human rights NGO assisting Palestinians living under the Israeli occupation and the severe and ongoing violations of their rights it causes. HaMoked promotes the enforcement of the standards and values of international humanitarian and human rights law.

One thought on “HaMoked: IDF Arrests Hundreds of Palestinian Teenagers from their Beds in the Middle of the Night”