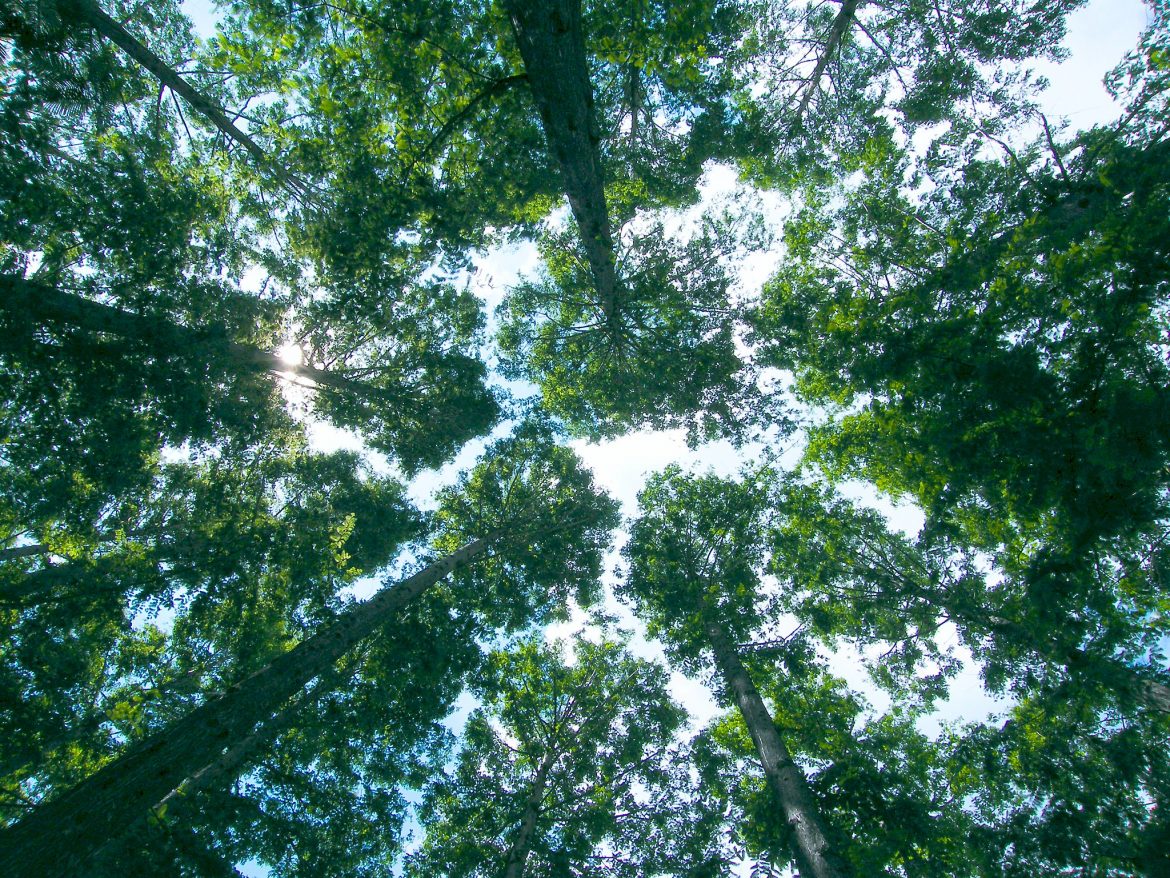 Dr. Shaul Magid does a brilliant job of examining the metaphysics and theology of Reb Zalman Schachter-Shalomi (z”l) in the Winter 2015 issue of Tikkun. Pointing out that Reb Zalman advocated for a “Paradigm Shift Judaism” that is as radically new and heretical today as Maimonides, the Zohar, Isaac Luria, and the Baal Shem Tov each were in their own times, Magid puts this Paradigm Shift Jewish philosophy in the realm of the “Postmonotheistic.” In other words, Paradigm Shift Judaism declares that all Gods are One, One with themselves, One with one another, and One with the world, even while our names for and celebrations of this uncountable divinity are many and varied. This is in contrast to monotheism, which generally says something like, “Our God is One, but your gods are all zero.”

Magid underscores the significance of this break by noting that Reb Zalman “claims to open the channels for a divine-human intimacy that Theism can only accomplish by apologetic means.” That is to say, Reb Zalman’s work imagines a divinity that is radically personal and radically transcendent at the same time. Postmonotheistic Paradigm Shift Judaism lives in parallel with an alternative core philosophy of Renewal, “second wave Neo-Hasidism,” which updates Hasidic theology for contemporary values of egalitarianism, ecumenism, and personal choice, but remains essentially monotheistic. Paradigm Shift Judaism and Neo-Hasidism are fully aligned in their ritual and political implications, but utterly distinct on the matter of God’s personal immanence in all human life.

In the final days of his life, Reb Zalman wrote a response that was also printed in this issue of Tikkun. While agreeing with most of Dr. Magid’s analysis, Reb Zalman mentioned in that brief note a preference for describing the ongoing transformation of Judaism as an Axial Age, rather than a Paradigm Shift. He says that this language emphasizes “a process of turning,” and points to the “long arc of transition from one paradigm to another,” rather than “the crossing of an imaginary line.” Unfortunately, Reb Zalman’s flagging health limited his ability to elaborate on this distinction.

And so, with great appreciation for what Dr. Magid has accomplished, I would like to step in and add a few thoughts about Paradigm Shifts and Axial Ages. I don’t have Dr. Magid’s scholarly eye for Reb Zalman’s work, but as the late sage’s youngest son, I have many years of Shabbes table conversations and walks around the park on which to base my understanding.

Living in an Age of Transformation

My father heralded the rise of Aquarian Judaism after a two-thousand-year global Age of Pisces, and at one time he enthusiastically declared a Paradigm Shift from one age to the next. In the last decade, however, he saw the Aquarian transformation as more gradual. On one level, this is simply a reflection of historical truth—the Neo-Hasidic monotheistic paradigm coexists for the moment with the postmonotheistic paradigm, so any implication of suddenness by the term “Paradigm Shift” is ill founded. But if we are not yet in a fully manifest Age of Aquarius, and already too Aquarian to be living in the Age of Pisces, then when are we? What era is today? The answer must be that we are living in an Axial Age, an age of the transformation of truth.

Still, there is more to this terminology than the precise and accurate slicing of history. The difference between an Axial Age and a Paradigm Shift is not only the pace of transformation, but how the transformation itself is understood. Let us consider more deeply what it means to be an Axial Age Jew.

My father taught many times that, just as plants are heliotropic beings that grow toward the sun, we humans are theotropic beings that grow toward God. (Rabbi Lerner has also written beautifully about this image.) Perhaps you’ve had the experience yourself of feeling a sacred influence on your life and in response becoming somehow more than you used to be. Perhaps, even, we can see a hint of the sacred in every influence that pushes and pulls us to keep growing and becoming. And just as a tree doesn’t have to understand the sun to feel it and be fed by it, we don’t have to understand God (thank God!) to be nourished by subtle sacred influences.

Judaism Is a Living Being

My father also taught that Judaism is a living being unto itself, growing toward God in its own theotropy. If the metaphor demands comparing us to plants, than Judaism is a grand old redwood, tall and strong with the accumulated wisdom of 3,000 years of collective human transcendence. We, the inheritors of this tradition, can be guided and supported by it, and with that tree, or as parts of that tree, we can reach that much higher toward the God who feeds us with light than we could by standing alone. (Of course, I hear my conscience reminding me in the voice of Dr. Magid, we are also God. Eventually, every metaphor fails.)

“If the metaphor demands comparing us to plants, than Judaism is a grand old redwood,” Schachter writes. Credit: Creative Commons/Jason Hollinger.

The wisdom of Judaism isn’t true or right in a postmonotheistic worldview, but it is one useful, beautiful, powerful, living system in which we can deepen our relationship with what is. But to be a postmonotheist is to recognize that Judaism is only one tree in the forest, and that each tree is limited in its own ways. As postmonotheistic worshippers, we follow our own theotropic urge, our sense of the holy light on our skin, even as we let ourselves be guided and supported by the structures of those who worshipped before us.

My father excelled at the art of integrating within himself his personal, ecumenical urge toward God and his commitment to the Jewish people’s collective theotropy. He taught the skills of that integration in all three core aspects of his work, identified by Dr. Magid as his theological, ritual, and pastoral projects. But in my father’s response to Dr. Magid, he alludes to the fact that his explorations of theology and innovations in Jewish ritual were both byproducts of his pastoral mission to help people navigate the tension between our individual theotropic urge and the living structures around us, both of which we intuit to be true expressions of God coming to know God.

The Expanding Heart of Jewish Renewal

My father often talked about Renewal as the growing edge of the grand Jewish tree, and how our own individual seeking, discovery, and growth are each parts of the growth of the whole. But in the last few years, I heard my father start to distinguish between two ways a tree can grow. The growing edge under the bark at the outer ring of the tree he started to call growth from the outside: Jews who welcome in Buddhist or Sufi practices, or scientific reality maps, or psychotherapeutic models are all contributing to the growth of the tree from the outside, and my father was of course a master of that practice. But it was important for him that people also see that he had contributed to Judaism’s growth from the inside, growth that happens at the top and center of the tree, rather than the outer edge: the further expression, or the fuller manifestation through time, of that which is and has always been essentially Jewish.

What mattered to him was not only that postmonotheist Judaism gets us closer to our fellow worshippers of other faiths, but that the tree itself can grow closer to the sun. The sun hasn’t changed, and the tree in its essence has not changed; it has only continued to grow. Ultimately, I believe this is why later on he began resisting the term Paradigm Shift. Clearly a shift is happening all around us, but he believed that it was always meant to occur, nascent but present in the tree from seed, so that what is preserved is wholly more significant than what is shifting.

The postmonotheist can look to her neighbors of other faiths and see that no one has to be wrong; what is true of our neighbors is also true of our past. From the beginning of a postmonotheist Aquarian Age, we can look back at the henotheists and monolaters and monotheists who came before us and say, “Yes! Yes! Yes!” There is no cause to be embarrassed that our forebears wouldn’t agree with our philosophies, because we can still agree with theirs. The core limitation of a Paradigm Shift is that it says “No” to the past, while my father, always the great improviser, was every day saying “Yes, Yes, Yes. And…”

“May His Memory Be a Blessing”

I cannot help but end this piece with a personal thought. It has been six months since my father died, enough time that grief can begin to decompose into fertile soil where something else can grow, something I have yet to understand, something that is clearly helping me grow toward God.

Until my father’s passing, I never had cause to seriously consider the phrase, “May his (or her) memory be a blessing,” but today I like it very much. In the worst depths of grief, memories can twist and pull at our hearts, but in time that violence softens. Later on, memories come to hold us or caress us, or sit patiently near us while we miss the ones we love, and they show me what it means for a memory to be a blessing.

We are theotropic beings, growing toward a vast, divine truth, and we have much to learn from the ones who came before us. May the memory of our parents, teachers, and sages bless us with inspiration and humility in our growth.

Yotam Schachter lives and works in Boston, helping coworkers communicate and collaborate. This June he will marry Rabbi Shoshana Meira Friedman, and together they hope to add their own few leaves to the great Tree of Life.

5 thoughts on “Growing Toward God: Jewish Movement through an Axial Age”