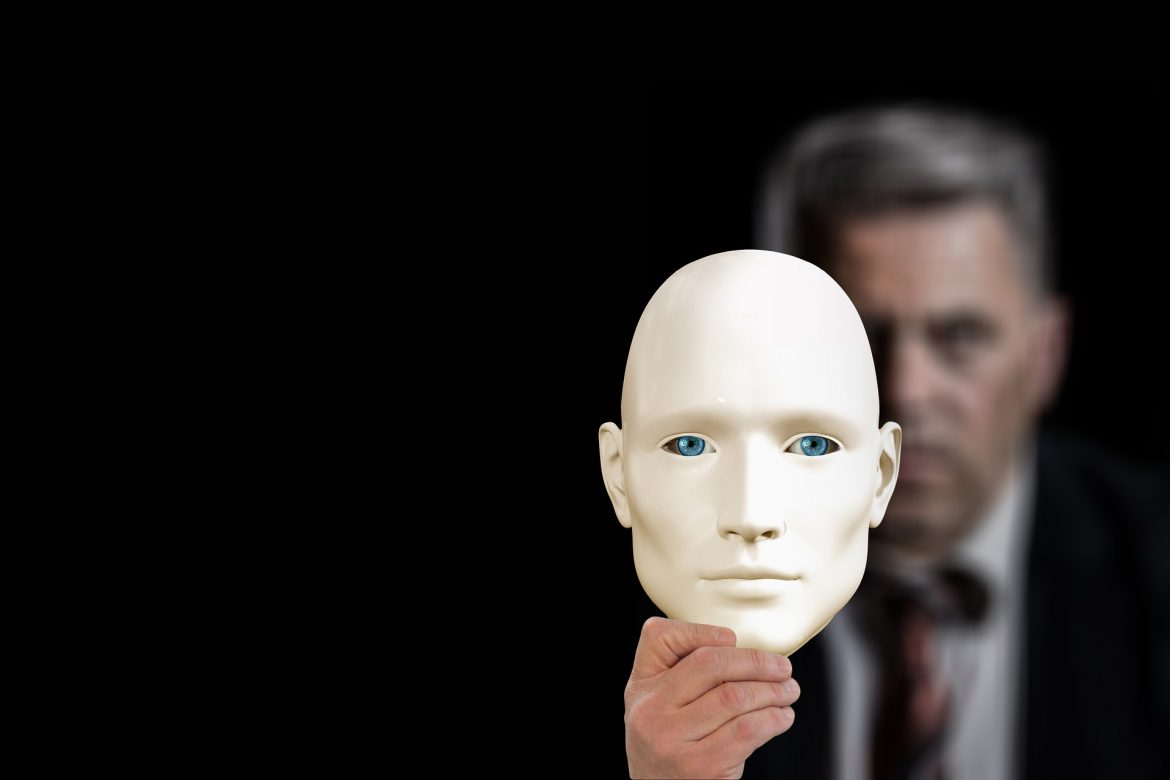 When we are born, and over the course of our childhoods and early adulthoods, we are, without being conscious of it, folded into ways of seeing and thinking about the world that are simply taken for granted by the culture around us. These received ways of seeing and think-ing form a kind of envelope that, because we are initially inside of it, constricts our capacity to apprehend the world as it actually is in its Being. For example, if our sense of the nature of reality is shaped within the liberal or progressive sectors of the culture, we are likely to initially simply accept Darwin’s theory of evolution with its notion that the world is comprised of biological species which evolve by adaptation through a process of natural selection. If I, for some reason, happen to be having a conversation with someone about evolution and I say, “actually although I think natural selection can sometimes play a part in evolution, I actually believe there is a spiritual force in nature striving through the evolutionary process to become conscious of itself as love,” the person I’m speaking with is very likely to look at me as if I’m stark-raving crazy. The reason for the reaction is not so much that what I am saying is so outlandish, but rather that it fails to participate in a Darwinian world-view that in our sector of the culture is simply taken for granted as true.

On the Left, and here I am speaking about the socialist Left, this same taken-for-granted credulity is given to Marxism—and here I mean not just orthodox Marxism, but Marxism with all the additions that what is called Western Marxism has brought to the theory—for example, the additions of progressive psychology (capitalism causes alienation of people from each other and repression of psychological needs) and “the relative autonomy” of ideology (capitalism produces screwed-up ideas that justify the system and are a relatively independent force in preventing progressive social change). From the more orthodox Marxists to the more liberal and multi-factor Marxism of the last hundred or so years, the fundamental taken-for-granted assumption is that behind everything there is something called “the economic system” driven by material interests that leads to the division of society into classes, the creation of the competitive market, and the exploitation of the powerless by the powerful as the latter seek to pursue and maximize their own material self-interest. From inside this portion of the cultural envelope, the economy is perceived as a kind of thing that is the fundamental driving force behind everything—“it” leads to exploitation, alienation, the formation of justifying ideologies, and the manipulations of politics and other operations of the State.

While the satisfaction of basic material needs has to be at the center of any thinking about the processes that shape social reality—we are in part material beings that must survive physically through the acquisition of food, shelter, and physical safety—I think we have to let go altogether of the notion there is something called “the economy” that is a kind of moving thing driven by material need that is producing society, social structures, and the interrelationships of human beings. That thing-like approach to the economy is actually created by the theory itself, an externalizing metaphor that obscures what is actually taking place inside the human beings who are co-creating the social world—the lively, interactive region of our interbeing—one aspect of which is addressed to our collective material survival. If instead of beginning by simply accepting the validity of this externalizing metaphor of “the economy” and if we let ourselves plunge into a description of the socio-economic world from the inside, from within our interbeing, we may be able to illuminate the reality of what is taking place as a living milieu rather than as something that is presupposed to be a series of effects of the economic mechanism.

Seen through this interiorizing lens, we may see that what gets called the economy is actually a circulation of fear of the Other which utilizes hierarchy, including the class hierarchy, to monitor itself in order to allow for material survival without having to depend on other people whom we long to connect with but whom we are terrified of. Seen through this lens, the economy is a circulating rotation of social alienation allowing us to feed each other at a distance, at maximum arm’s length—a paranoid circulation of mutual distancing that functions like a spinning top, always on the verge of falling over, always kept spinning by the concentrated effort of the mini-rotation of each individual firm and in the last hundred years, of the synoptic conduction of the maxi-rotation of the State. The whole thing forms the existential truth of the intersubjective whirling we are accustomed to calling the capitalist system. But it is not really a system, only a system-like living patterning or flow whose predictability and normal functioning requires constant work by all participants who secretly all long in their hearts to escape from it. The economy is the conflict between desire and fear ricocheting through a vast web of living interactions, or better a vast hologram of moving existential interspace. And because it is not a thing but a flow of social alienation masquerading as a thing, our revolution must gradually dissolve it rather than overthrow it. And this we must do by generating social presence (to each other) that manifests and then increases the confidence in each of us that the Other—this other person, that other person—desires the love and affirmation and mutual recognition of each other’s authentic humanity that we ourselves desire. And that we accomplish by generating a new spiritually conscious social movement that reverses the ricochet of the fear-saturated rotation of the alienated patterning, and births the new mutuality of being-here together, of being fully present to each other, that we all long in our hearts to bring into being. This new milieu of reciprocally affirmed social presence is the carrier of what Michael Lerner in his new book calls revolutionary love.

Having said this, Marxism and critical economic thinking still does have a value: to be able to partially predict the ongoing behavior of the flow of social alienation. Will the ruling class still seek to maximize profits by minimizing costs with all firms in a given industry competing with each other for market share, leading to the exploitation of workers’ labor, the mobility of capital overseas seeking cheap labor, the pursuit of cheap resources in distant lands through toppling governments and through desecrating the earth? Yes, but only as a manifestation of the maintenance of a rotation of social alienation made predictable through a fear-saturated mind-control that is never stable, always being surpassed and challenged by the revolutionary impulses of the longing in everyone’s heart across the globe, requiring perpetual vigilance by those on the side of fear who suppress their own longing for a fundamentally different world from the one they feel compelled to trap themselves in. In other words the supposed “economic facts” of “the capitalist system” are actually porous and unstable processes that might, like a spinning top, tip over and that are vulnerable to activism and change. Marx himself recognized that the actors in his version of the capitalist system wore “character masks,” performative appearances of personhood that legitimized one’s role in the exploitative economy (Capital, Vol. 1, Ch. 24). But what he did not see is that this masking expressed an underlying fear of becoming truly present to the other, to any other, a presence that would have exposed one’s vulnerability and longing for love and affirmation and sacred comradeship. The mask is the thing rather than the division of labor through which it is enacted. The Achilles heel of capitalism is the pressure of the desire for a healing mutuality of presence that pulses through each of us at every moment and has since our birth when we encountered the first other person, who (inadvertently) brought the world as it then was and still is to us as our social fate, and hurtled us into the donning of the mask by which we learned to keep the other at an (unstably safe) distance. And through the family we began to learn how to monitor that mask in ourselves and others through deference to an imaginary authority above us (projected into and then carried by the father, the teacher, the boss, the President) which we imagine ourselves to exist “underneath”.

Marxism describes porous and unstable processes enacted by masked actors trying to maintain mutual distance through the mediation of symbols like “money” (everyone is born, randomly, with an imaginary “amount” with which to negotiate the world of social separation and fear). And because these processes are porous and unstable, we can potentially organize each flow for love rather than the replication of separation. The firm, the market, the State, the belief in capital itself as an imaginary governing power are all unstable, all capable of dissolution to the extent that we can come to see them as existential pseudo-cement rather than as the things that Marxism would turn them into. Of course it is much more difficult to spark and sustain movement toward love and mutual recognition inside the living terrain of those most committed to maintaining the fear-system (the ruling class family, the corporate boardroom, and other locations of mutually protective false-self pseudo-recognition and material safety)…but the important thing to see is that it is not impossible to do so because we are not talking about a thing-like system functioning according to external interests, but rather multiple, spiritually alienated locales seeking to maintain their own survival and safety in a fear-saturated world in which each character with his or her or their mask peers out from a withdrawn true self at a rotating world committed to the inevitability of fear reproducing itself, monitoring itself, denying the desire and longing with each and all of us that it is our task to affirm and give confidence to.

That redemption, that I write of today on Erev Yom Kippur, is what it will really mean to spiritualize socialism, to bring a new socialism into being that carries forward the evolution of human consciousness toward the realization of the unity of all being and the universal love that all of us actually long for, if we can admit it.