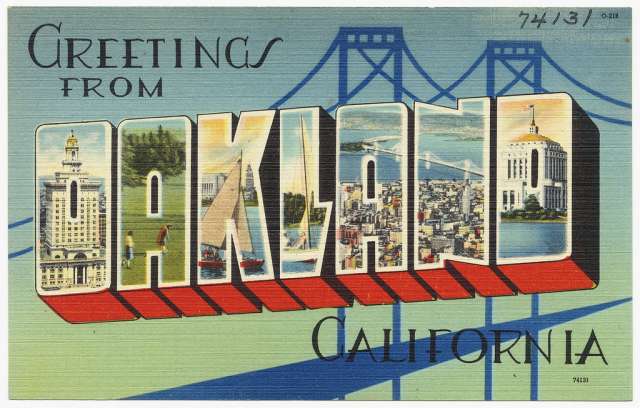 The North Pole, a new comedic web series focused on three friends born and raised in Oakland, CA, opens with its main characters questioning the role of new residents as they confront the gentrification of their home. This sets the tone for the series’ comedic exploration of the ways race, capitalism, gentrification, and environmental issues intersect to impact people’s lives. The series not only warmly invites a wide audience into a complex conversation free from judgment, but it also demonstrates a new way that activists, organizers, and culture-creators can think about influencing public consciousness. The show was created in partnership with Movement Generation, a collective that works at the intersection of climate and racial justice; their work takes a justice-based approach to ecology, striving to create an economy that is ecologically sustainable and equitable. Movement Generation initially formed in response to the trend of people becoming involved in environmental justice while ignoring communities of color and vice versa. The North Pole is not an example of how campaigns and shifts in public consciousness can push large network television towards more equal, and often shallow representation. Think Modern Family’s one gay couple, who are flamboyant but de-sexualized, or Hillary Clinton dabbing live on Ellen or her guest appearances on shows like Broad City during the 2016 election. Instead, this is an instance of grassroots organizers taking direct control over media production, and creating something that is meant to be as enjoyable to watch with friends and family as whatever Netflix show we may be binging on.

This show uses narrative arc to make points that many Tikkun readers are familiar with, but may only encounter in dense critical texts and sensationalist or accusatory reporting. Among them: the rising cost of living and displacement of Oakland residents, symptoms of the extractive economy which encourages the accruement of material wealth to signify an individual’s achievement of ultimate freedom; to increase excessive wealth and power for the hands of a small few. This process requires extraction of physical labor, emotional labor, and natural resources from non-ruling communities, particularly communities of color. One manifestation of this is gentrification, which Causa Justa :: Just Cause, a housing justice organization in Oakland and San Francisco, defines as: “a profit-driven racial and class reconfiguration of urban, working-class and communities of color that have suffered from a history of disinvestment and abandonment.” Story based strategy is an intentional approach to movement-building which places narrative at the heart of social change. Classic elements of storytelling (i.e. conflict, characters, imagery, and foreshadowing) are applied to investigate the stories our opposition is telling and to craft our own in response. It’s about creating content that envisions social change we want to see while tackling large systemic issues such as the extractive economy, displacement, greed, racism, climate change and gentrification in a relatable way.