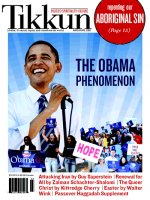 “I’m on strike because my job at Marriott isn’t enough for my wife and I to even consider having kids,” said Julian Penrose, a bellman at the W San Francisco by Marriott. “I recently gave up my second job as a cashier after more than a year of working 70 hours a week – but I still have to work overtime to pay my bills. I regularly work 24-hour shifts, and I once worked for 32 hours straight. Marriott is the richest hotel company in the world, so I know they can afford to make one job enough for me and my coworkers to raise a family.”

This is the biggest hotel worker’s strike in San Francisco in more than a decade, and it has serious implications for the lucrative hospitality industry. Tourism generated $9 billion in 2016, and the average rate of a hotel room has increased by 28 percent in the last five years. “Our strike is sure to disrupt the lucrative hospitality industry – but it needs disrupting,” said UNITE HERE Local 2 President Anand Singh. “It’s unacceptable that hotel workers struggle to survive while Marriott rakes in billions.”

Hotel guests can expect to encounter picket lines at all seven Marriott hotels where workers have gone on strike, including several that do not use the Marriott name, and workers are urging all future customers of these hotels to relocate their reservations or events to another hotel where workers are not on strike. They are: The Courtyard Marriott Downtown, the Marriott Marquis, the Marriott Union Square, the Palace Hotel, the St. Regis, the W, and the Westin St. Francis. Go to www.marriotttravelalert.org  to support striking Marriott workers by signing the “One Job” pledge and for the growing list of at-risk and on-strike properties.

“After months of negotiations, Marriott’s disrespectful proposals still wouldn’t make one job enough for hotel workers to support a family,” said Singh. “We’re going to stay on the picket line until Marriott workers no longer need to work two or even three full-time jobs just to make ends meet.”

In addition to one job that’s enough to afford the cost of living, support a family, and retire with dignity, Marriott workers want relief from unsafe workloads, including overwork created by the so-called “Green Choice” program, and a real voice in deciding how technology can be used to improve jobs rather than eliminate them.

All photos courtesy of David Bacon.