Demonstrations for Environmental Sanity Around the World as Paris Talks Open

We did it! Despite losing our flagship Paris event, this weekend’s Global Climate March still broke records as the largest climate mobilisation in history! From São Paulo to Sydney, 785,000 of us shook the ground in over 2,300 events in 175 countries, united in one voice calling for a 100% clean energy future to save everything we love. It was front page media worldwide, and the impact is already being felt at the summit here in Paris.

It’s nearly impossible to describe the powerful and diverse beauty of humanity that rose up yesterday, but these photos help: 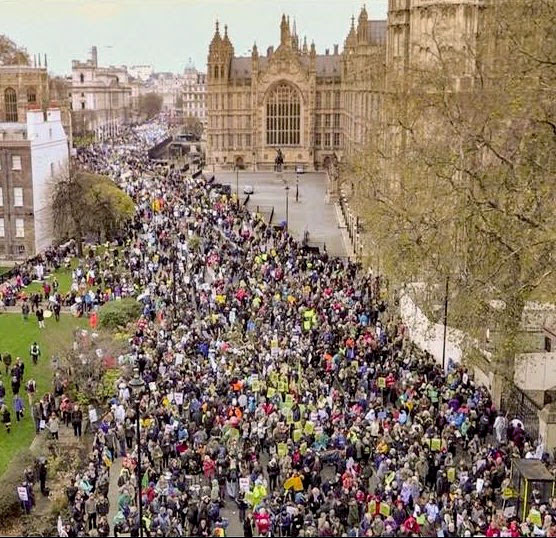 This is the movement our world has been waiting for. Many countries, from Bangladesh to Ireland, saw the largest climate marches in their history. In Australia, 120,000 people marched, in India, over 100,000. And in towns across the planet small groups of us joined together in beautiful local events. Even in Sana’a, Yemen, organisers went ahead with their march despite bombs falling close to the route!

In France, massive planned marches of over 500,000 people were cancelled for security concerns, but demonstrators rallied to collect and display over 20,000 shoes of people who wanted to march — including the Pope’s and the UN Secretary General’s! — placed at the Place de la Republique, right on the doorstep of the climate talks: 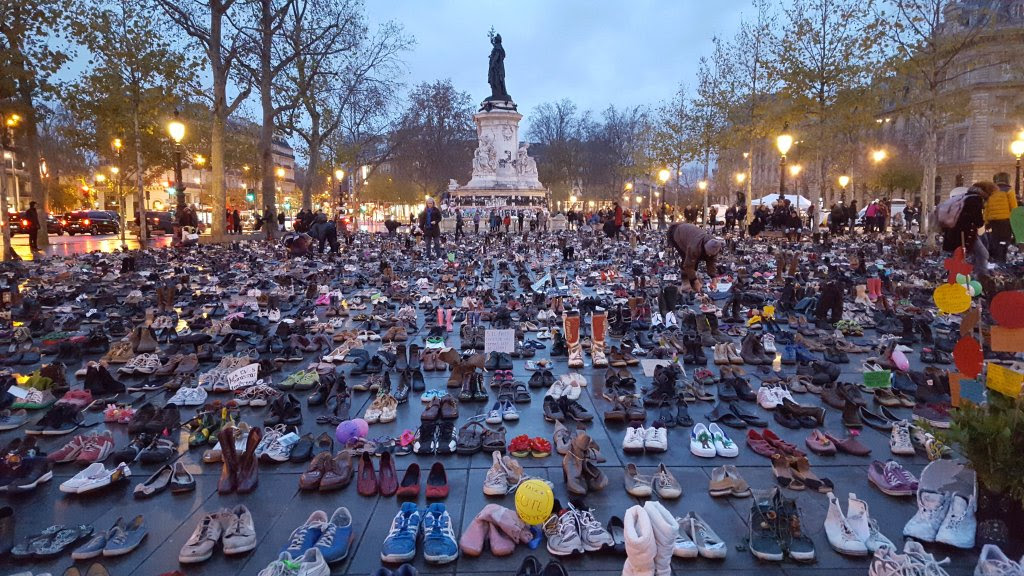 Global climate marches were covered by hundreds of major news outlets and made the front pages from Al Jazeera to the New York Times.

Pope Francis’ envoy said of our marches: “The Pope is in spirit with hundreds of thousands today, hand in hand with the poor and those who seek climate justice.” And Christiana Figueres, the head of the UN Climate talks, thanked us all and announced: “I am working to install a large screen for your voices to be heard. All delegates will be able to see your support for a strong climate change agreement that protects our common home.’’

Today, the crucial climate talks begin. For years politicians have said to us “Show us that people care and then we will act”. This weekend we’ve showed them that the whole world wants a 100% clean energy deal. And right now a video of us demanding it is screening above Heads of State as they enter the conference. They can’t miss us. And they won’t miss our call either — Avaaz’s top staff are right inside the summit and will be carrying our voices to the negotiators everytime they try to dilute the deal.

We have taken our movement to a new level this weekend. Over the next two weeks, let’s keep coming back again and again, to keep our flame of hope held high, to shake these talks, until we win a deal to protect our future.

With so much gratitude and determination, Now if only the global leaders meeting in Paris would adopt the Environmental and Social Responsibility Amendment as the guide to action to restrain those who put profit above saving the life support system of the planet!