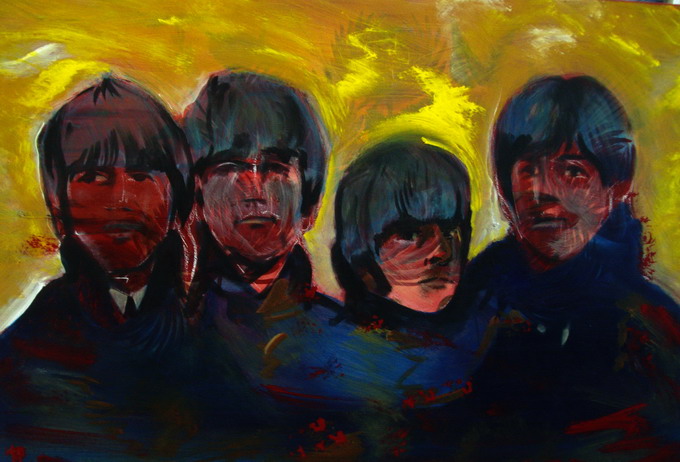 The music of the 1960s had unique expressive power because it both expressed and helped to constitute the deepened sense of meaning and purpose that broke through the surface of the world during that historic upsurge of social being. When the Doors sang “Break on through (to the other side),” we knew they were talking about dissolving the false appearances that were enclosing the world and spawning insanity like racial prejudice and the Vietnam war. We knew that a world of greater love and community was possible…and we knew it because we were touching it in the very rising that we ourselves embodied and that imparted to us our knowledge of the social alienation that we were in the act of (partially) surpassing. “Arms that chain us, eyes that lie/Break on through to the other side.”

Nor was this transcendental quality and meaning accessible only to our generation. My son, who is 23, feels it too and understands it, even though he didn’t live through the historical moment that produced it. He can tell—he also “tried to run, tried to hide” and he can instinctively transpose his own need to break on through, which he and his comrades are expressing through hip-hop, into a spontaneous grasp of what the Doors were getting at.

For decades now, advertisers have been stealing the meaning of those songs and using the memory of that meaning to sell products. General Motors provided the first example I can recall of this crossover process, where the sacred is used to market the profane, when the Doors’ own “Light My Fire” was transposed into a jingle for a Buick commercial (a crossover captured beautifully in Oliver Stone’s movie The Doors). An even more shocking moment for me personally was when Bob Dylan’s “The Time’s They Are a Changin’” provided the background for a 1994 ad for Cooper and Lybrand, Accountants.

And in this past month, Google has entered the negative alchemy sweepstakes by using the Beatles “Help!” for its television ad that appears to say that clicking on Google can provide the answer to all human problems. When John Lennon sings out “Help, I need somebody, not just anybody, I feel so insecure, I need you like I’ve never done before,” the Google ad responds instantly with a congeries of rapid-fire clicks for cheap flights to Hawaii, birthday cards for mom, guitar lessons so you can learn to play Help!, the famous Beatles song, wheelchair accessibility—in other words anything you can possibly need help with.

But it’s a mistake to think the function of these ads is to use popular cultural artifacts to simply increase profits. This is the materialist error that still underlies so much left thought, as if the capitalist system were an autonomous machine of sorts using the form of corporate power to insatiably increase the material assets of the wealthy. A subcomponent of this way of thinking is that whereas “we” are motivated by ideals and longing and aspiration to the better world that our music often speaks to, “they” are motivated by the wish to maximize profits.

But the actual source of the impulse to capture and transpose beautiful, meaningful songs in advertising is found in the very meaningfulness of those songs themselves—in the way that they create beautiful public sound intended to dissolve and surpass the painfulness of our alienated social world, the world enveloped in false appearances masquerading as real. These enveloping false appearances, those newscasters posing as Harry Potter’s dementors guarding the boundaries of our permitted cultural transmissions, are motivated by a Fear of the Other, of each other, that is deeply rooted in a terror of humiliation by each other that we have inherited, via our conditioning since birth, from prior generations. We have been conditioned to feel that the other is a threat, rather than the source of our completion as inherently loving social beings.

The profit system is but a manifestation of that rotating Fear, and the use of our songs to sell products is fundamentally Fear’s response to the songs themselves, Fear’s attempt to pluck the songs out of the airwaves and to re-present them to us neutralized of their transcendent meaning. The singer cries “help i need someone not just anyone to connect with you to break on through to the other side so the waters around us can grow and the wheel’s still in spin so it’s not over yet and so come on baby light my fire and try to set the night on fire.” And fear intervenes in the cry to say, on television, that all is well, that the singer’s longing has already been realized by the world we already have, wheelchair accessible.

And when we watch one of these ads, seemingly backed by infinite resources representing “the world” speaking back to us in our longing that we can only watch from the isolated perch of our couch or chair, we feel ever so slightly defeated, an echo of the much deeper despair that reflects the trauma of our separation from each other that Fear has been engineering since birth, since all of our births.

And yet our fear of each other can never win, but only postpone the revolutionary evolution we are ineluctably a part of. And the next song is always on someone’s lips.

One thought on “Coopting the Beatles”