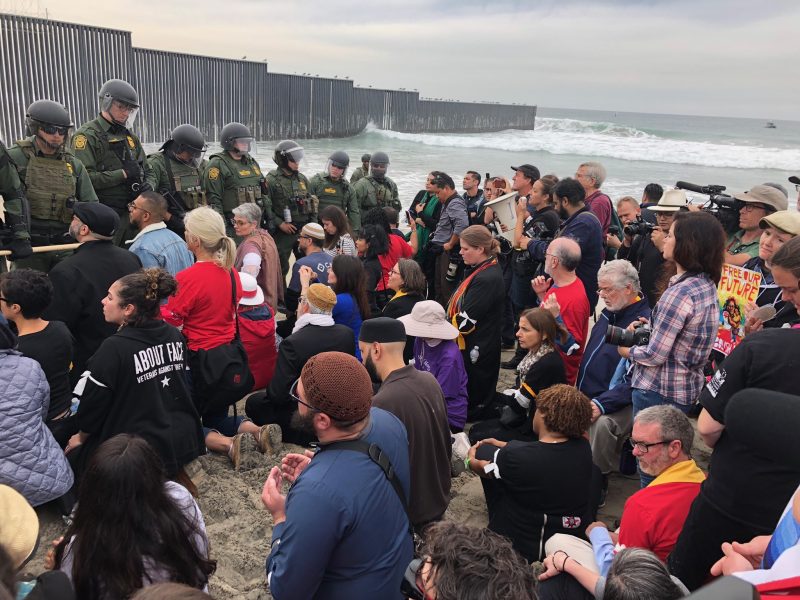 Richard A. Bachmann reviews Ron Aronson's new book, "We – Reviving Social Hope" and reminds us of the importance of collective action to sustain hope.

Our education system and methods of learning are linked to the fate of our environment in the new, digital age.

Pew Report on Religion and Education Around the World

Religion and Education Around the World

Large gaps in education levels persist, but all faiths are making gains – particularly among women

WASHINGTON, D.C. (Dec. 13, 2016) – Jews are more highly educated than any other major religious group around the world, while Muslims and Hindus tend to have the fewest years of formal schooling, according to aPew Research Center global demographic study that shows wide disparities in average educational levels among religious groups. At present, Jewish adults (ages 25 and older) have a global average of 13 years of formal schooling, compared with approximately nine years among Christians, eight years among Buddhists and six years among Muslims and Hindus. Religiously unaffiliated adults – those who describe their religion as atheist, agnostic or “nothing in particular” – have spent an average of nine years in school, a little less than Christian adults worldwide, the study finds. These gaps in educational attainment are partly a function of where religious groups are concentrated throughout the world.

This personal drive to “take the world by the throat” in order to transcend the superficial ideals of the “American Dream,” along with its evanescent promises of attaining a lasting materialistic happiness, was my main motivation in creating the first applied religion course ever offered in a non-religious studies/non-divinity school in the United States. This brief essay is my account of what I have learned about the quest for meaning, and the practice of teaching about religion, from thousands of pre-professional, professional, and post-professional students throughout the decades. And, while it might sound like a feel-good cliché, I will say it nevertheless: I have learned at least as much from my students about making meaning of my life as they might have from me. Unequivocally!

Created from Man: The Challenges of Bereishit – And How to Teach Them to High School Students

By the time Simchat Torah rolls around each year, I usually find it refreshing. Back to the beginning: creation and all of the lovely and (comparatively) simplistic themes following the weight of Devarim. Last year, however, I had been teaching Bereishit to ninth and tenth graders at a Jewish high school in Chicago for the eight weeks leading up to the holiday, and by that point, I could barely look at the Torah’s introductory story. It’s not that the beauty of the beginning had been lost. But the perceived simplicity had certainly been ripped out from under my previous romanticism of it all.

Educated Hope and the Promise of Democracy

Educated Hope and the Promise of Democracy[i]
by
Henry A. Giroux
Commencement Speech at Chapman University
May 24, 2015—Final Revision

I am very moved and humbled to accept an honorary degree on this important occasion today, and to be with all of you in sharing this wonderful achievement of graduating from Chapman University. As a father who struggled to put three boys through higher education, I think it is appropriate that I should begin by first acknowledging those parents and family members, whose support throughout the years helped to make it possible for you to achieve this tremendous milestone in your life. And as Stephen Colbert said to a graduating class at Northwestern University, Aif you don't thank them now, you'll have plenty of time to thank them tomorrow when you move back in with them.@ Just kidding, I hope.

I am especially honored to be in the presence of so many of you who have chosen education as a field of study. I can think of no generation for whom education is more important than it is for yours at this particular time in history.

What it Really Means to be Jew-ish

I am both Arab and Jewish, and I enjoy resisting those binaries through the performance of my own unique identity. But identifying with both my Arab and Jewish heritage garners mixed results. So long as Hillel is in the business of defining people’s Jewishness for them, they will continue to marginalize Jewish voices.

How might we update the Bible’s call for the periodic redistribution of wealth? Could we use estate taxes to create a trust fund for every child?

Why is the Education Department not treating the exponentially increasing student loan debt and astonishingly high default rates as a national crisis?

Jewish Education During the Nazis as Spiritual Resistance

“Somehow Nazism and Martin Buber worked together to give a lot of us a much deeper feeling for what Judaism offers.”

The Making of Beauty Is a Verb and the Spiritual Body

Considering our society from a disability perspective forces the question of why we seem so bent on forging a society in which so many are marginalized, stigmatized, or deemed somehow unworthy.

Work Your Quirk: The Power of the Disability Art Community

When I first joined Interact Theater Company, I had recently been in a motorcycle accident and lost the use of my right arm. The question was posed, “If there was a pill to take away your disability, would you take it?” I was surprised to find that I was the only one in the circle who said yes. I looked at my fellow performers and wondered if I would ever be able to accept my new self.

Beyond the Narrow Straits of Memory

How can we create powerful, cross-race movements for change? A child of the Civil Rights Movement wrestles with the idea of allyship.

Let us not forget our deep and intrinsic connection to the natural world—a bond that can motivate, sustain, and inform all our efforts. Nurturing children’s connection to nature is one crucial step in our multifaceted struggle to save the planet, and in turn the solace of the natural world can also become a lifeline for many children.