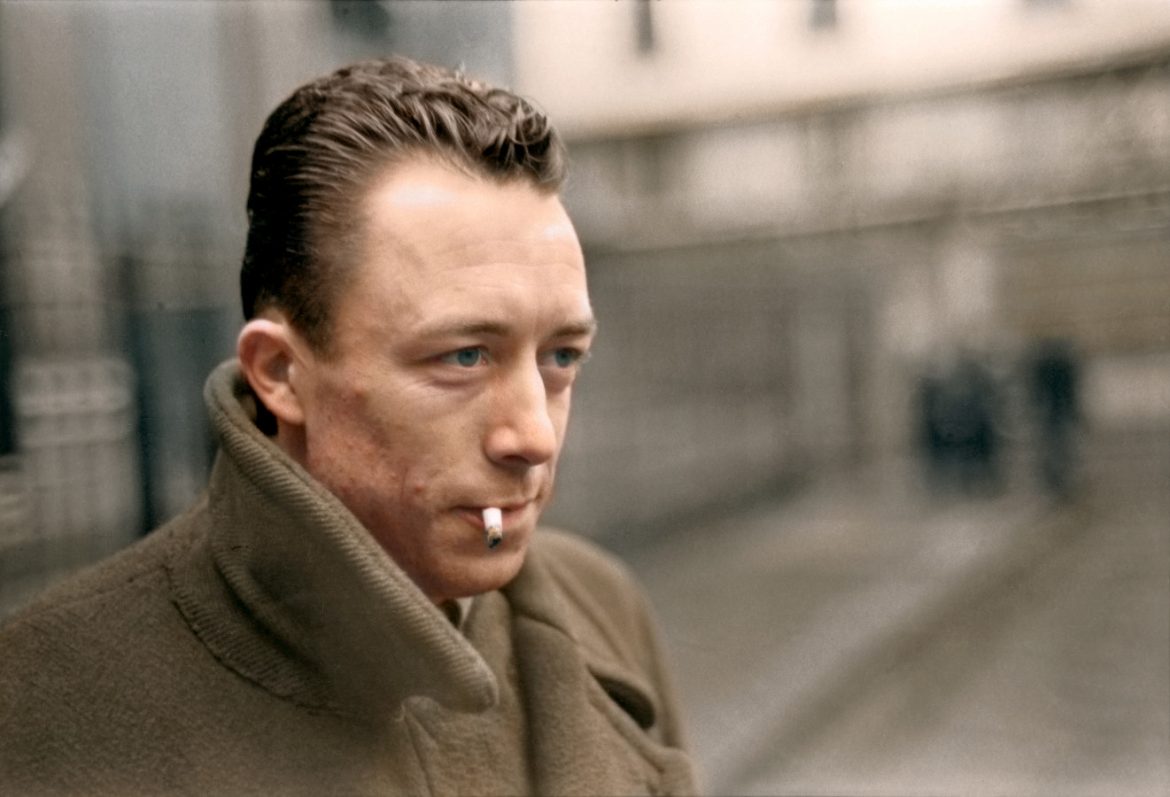 Camus’ great novel about Oran under siege by nature has a number of things to teach us about living amidst plague – for example about the sense of coping with it day after day while waiting for the epidemic to end, and about being able to unheroically do what has to be done to mitigate its effects. Yet our situation differs radically from The Plague as read for example by Alain de Botton in the March 19 New York Times: he takes it as a universal statement of the fundamental suffering of the human condition, indeed, its absurdity. (note) Pace de Botton, our condition is not at all like Oran’s fictional situation in the 1940s (or perhaps symbolically, France during the German Occupation). First of all, in Camus’s story the plague strikes people entirely randomly, while we are slowly learning how it spreads and what we can do, individually and collectively, to avoid being struck by it. This is of course why the regime of social distancing. Furthermore, unlike Camus’s people we’re stuck in our homes – they still lived through days at work in Oran, had social life, went to restaurants, bars, and movies. Many of them longed to join the outside world. Among us there is no outside world, because this plague is everywhere on earth, not confined to a single region or city. Still, separated as we are, we have free access to friends and family through electronic devices, and can partake of endless media activities from nonstop news coverage of the plague to online meetings and lectures, as well as an ever-widening choice of entertainment.

The deepest difference, however, is that despite the fact that many in Camus’s audience read it as referring to the Resistance to the Nazis during World War II, there is nothing political about his plague, while our situation is profoundly so. For one thing, as our plague goes on, profound class and racial differences appear – as the African American death rate doubles and triples the death rate among white Americans, as workers go on wildcat strikes demanding safety, as the stress of unemployment and poverty hits those least able to afford it and the government creates slush funds for the largest corporations. Moreover, our plague takes place through the social and political madness of Trumpism, which from day one has forced every sequestered one of us to experience it through its crazy-quilt political reality. Long ago many of us worried and said: “What will happen if Trump is faced with a real crisis?” And now he is, and the chickens of Trumpism are coming home to roost: its viciousness, its sense of grievance, its cult of personality, its proud rejection of science and reason. Camus’s protagonists were doing battle only against nature afflicting humans, while we have to somehow struggle against our sick leadership and the social sickness that produced him and continues to sustain him (notice that his support has increased since our plague began!), all the while combating the disease itself.

Camus’ novel does parallel our experience as it highlights the sense of solidarity created among the team battling the plague. This reaches its climax in the late-night swim surreptitiously taken by the doctor, Rieux, and his friend and helper, Tarrou. That spontaneous solidarity, always a powerful theme for Camus, happened to be shared in the book by only a few actors in the small North African city while everyone else struggled to keep up a normal life. But among us, things are different. Our normal life has stopped, and while so many of us stay home and we depend on several millions doing what has become emergency work: medical work, transportation, stocking and delivery of food, restaurant work, all sorts of safety and infrastructure and information workers, and those coordinating all of this. We have been experiencing an ever-increasing appreciation of our dependency on others, especially those in the hospital front lines, and a growing concern for their safety and well-being. And we too have been assigned a role in the battle against our plague. Articulated with unexpected eloquence by the man who has become a kind of de facto national leader, Andrew Cuomo, our role begins with a paradox never before experienced: the widest possible social solidarity in the form of the most rigorous social separation. Even while protecting ourselves, this self-discipline seeks to help others, and all of us venturing out for groceries and medicine, waiting for carryout meals or taking walks in cities and suburbs are aware of it. With his feeling for human connectedness, Camus might smile at the fact that, as time goes by, our deep but latent social belonging has been awakened and our sense of solidarity has been growing.

And, greatest of ironies, this is needed as we begin to mobilize for the election that will above all become a referendum on how Trumpism has failed to protect us. Will the kind of social solidarity needed to effectively mobilize people against the coronavirus carry over and unite enough of us to defeat the plague of Trumpism? Will the growing sense that “we are all in it together” have an appropriate political effect? And knowing that we may still face months and years ahead of rebuilding and reorganizing our society, can we keep alive today’s sense of caring widely beyond ourselves?

Ronald Aronson’s most recent book is We: Reviving Social Hope. He has written both on Camus (Camus and Sartre: The Story of a Friendship and the Quarrel That Ended It) and on Trump (“The Relevance of Hope Under Trump,” The Nation; “Solid Trumpism,” Boston Review). He is a Tikkun Institute Fellow and Contributing Editor to Tikkun.