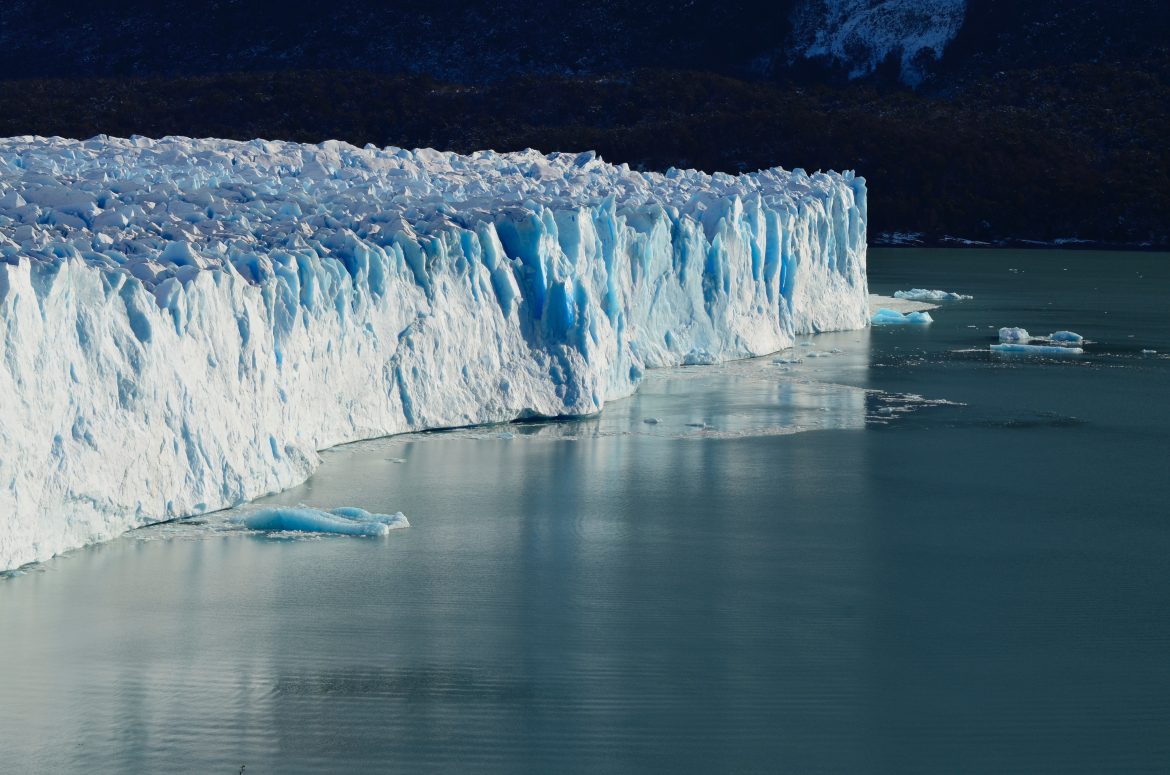 [Editor’s Note: In this review of Dahr Jamail’s book The End of Ice: Bearing Witness and Finding Meaning in the Path of Climate Disruption, Deena Metzger once again relates the powerful images and distressing story of climate disruption contained within the book. While it is important to face the reality of climate disaster, it is equally, if not more important, to engage in concrete activism to stop it. We at Tikkun and the Network of Spiritual Progressives have one such proposal, our Environmental and Social Responsibility Amendment to the U.S. Constitution. You can read more about it and sign onto it here.]

On December 3, 2018, Dahr Jamail, who regularly issues Climate Disruption Dispatches for Truthout, published an essay titled, “In the Face of Extinction, We Have a Moral Obligation.” It was not the first time that Jamail connected his vast store of knowledge about our failing environment with ethical responsibility. To relate the two and so to transform information into wisdom is characteristic of the way he walks in the world.

“You will only reach the summit if you have the right intentions and your actions have been good.”

When he and I first met in June 2018, Jamail described his development from “a young ski bum” mountaineer and guide to an unembedded journalist in Iraq and Afghanistan, sending sometimes daily reports to Democracy Now. Unembedded in the military, but entirely embedded in the reality of those who were victims of the US invasions – soldiers and citizens.

The End of Ice: Bearing Witness and Finding Meaning in the Path of Climate Disruption is written from the same consciousness that led him to write Beyond the Green Zone Dispatches From An Unembedded Journalist in Occupied Iraq and The Will To Resist: Soldiers Who Refuse to Fight in Iraq and Afghanistan. A meticulously researched document on the specifics and causes of Anthropocene Climate Disruption, it records the terrible knowledge, moral anguish, and great love of a journalist who embeds himself in the physical reality that the natural world is suffering. Maybe easy enough if you practice scientific distance to scan the research, read the latest documents, ingest the implications of the various International Panel on Climate Change (IPCC) reports, interview a great number of experts, nationally and internationally, and integrate all of this for us to have a substantial understanding of what we are in. But that is not Jamail’s way. He tests everything he has studied and learned intellectually through his own direct experience by immersing himself in the field, engaging directly with the range of those affected and with the gravely wounded land itself. This is the way of deep knowing.

Similarly, had he not presented us with a single scientific document but had only communicated his substantial observations and direct experience, we would still be sufficiently informed to understand and meet the tragedy we are in, its origins and future.

Had he gone to Iraq to dispatch reports based on military reports and on venturing out in relatively protected convoys, we would have learned about the war but we would not have learned what war is. The distinction was clear when he told of being taken in by a Muslim family in Fallujah during the siege who laid out what could well have been their last food on a white cloth on the floor of their house during a bombardment that threatened everyone. He tried to refuse the food, but they would not eat if he would not eat. Respect for his commitment and holding on, no matter what, to the values of hospitality, were essential to what remained of their lives.

Trustworthy and courageous enough to bear witness unflinchingly, Jamail gathered the stories of war from individuals like he was gathering the dead. In Beyond the Green Zone, he writes,

“I stood near a building riddled with bullets and spoke with people who crowded round anxiously waiting to tell their stories. A man in early forties exclaimed with his hands in the air, If the Americans can shoot every child walking in the street, it means the end of the planet.”

And yes, here we are at the end of the planet for just the reasons the man asserted, and Jamail is still listening to and gathering the stories, this time not only of the people but of the other beings who are suffering the wars we are enacting upon them. And as in the war zones, he holds nothing back, nor does he does protect us from the truth.

“Becoming aware of the wounds climate disruption has caused to the mountains and glaciers I have come to cherish over the years felt like watching a dear friend struggling with a terminal illness. What I was witnessing firsthand on Denali and what I had learned from the climbing community and the steady stream of scientific studies about the rapid glacial melt rates around the globe was overwhelming.

“…. As rapidly as global temperatures are increasing so are temperature predictions. The conservative International Energy Agency has predicated a possible worst-case scenario of a 3.5º C increase by 2035…. Leading climate researchers believe there is a possibility that the world will even see a more than 6º C temperature increase by 2100, which would lead to “cataclysmic changes” and “unimaginable consequences” for human civilization.

Perhaps Denali is Jamail’s first love and most constant beloved. Knowing what is occurring on the summit and flanks of the highest mountain in North America is sufficient to understand what is happening to the entire ecosystem of the globe. Climbing as high as you can, wary of the increasing danger of avalanche and destabilized terrains, you can, if you have Jamail’s eyes, see everything on the planet from this vista: The temperature rising, the glaciers melting, the permafrost releasing the methane stored there for eons, rising sea levels, forests dying, floods, climate changes, patterns of rain and drought intensifying as islands disappear and cities sink like Atlantis. Absorbing carbon and agricultural runoff further damage the oceans, the coral bleaches, food and sanctuary for the fish disappear, plankton diminishes while the toxic red tide kills the fur seals, as more fish, whales, sea creatures, birds begin to die. The planet begins to burn, fire seasons develop and floods overwhelm cities. Hurricanes and typhoons, tornados of all sorts, wind, rain, and fire. You can see everything from here because everything is connected to everything else. Climate Disruption demonstrates what has been a fundamental understanding of Indigenous people everywhere and for all time.

“Moreover, activities in one part of the world can disturb the equilibrium of the climate in another. A 2016 study showed that when large numbers of trees die from drought, heat, deforestation and insect infestations in North America, it can, for example, negatively affect the climate of forests in Siberia. This is possible because changes in one place can ricochet to shift climate in another place simply because of the fact that everything on Earth is connected via the atmosphere.”

A difficult and necessary lesson for the denizens of the world who believe they can set themselves apart, isolate themselves from nature, insulate themselves from the beings of the natural world when they are not raping the Earth to take everything from it or bombarding it, enacting war and pillage wherever they go, when we are not wantonly destroying the beauty we need to survive.

To quickly gain information, learn the facts, the particulars of the gravity of our current situation, it is worthwhile to read Jamail’s essay “In the Face of Extinction, We Have a Moral Obligation” where he carefully and exactly documents the dire results of the most recent human-caused climate/bio/geosphere disruptions. But it is End of Ice which will inform our minds, hearts, and souls.

With similar scientific completeness as “In the Face of Extinction…” The End of Ice also contains the range of Jamail’s witnessing from mountains to the depths of the ocean from the Alutiiq Islands to Antarctica, Australia to the Florida coast, from melt to flood to drought. In each place, he repeats the pattern of consulting with scientists, local people, and the natural world itself. In each place, he honors and admires what was, meets unflinchingly what is and what is coming, and stands in full heartbroken relationship with the places themselves.

Not content to only give us the information we need to understand the all life-threatening situation we are in, he reveals place as sacred and allows us to enter literally as in a tent on Denali’s flank buried by a snow blizzard or diving deep alongside the Great Barrier Reef or walking out toward the Chuckchui Sea where a few days later hundreds of walruses were hauling themselves to land for loss of the ice they need to survive, another living proof of the terrible momentum of the 6th Extinction.

“The reporting in this book has turned out to be more difficult to deal with than the years I spent reporting from war-torn Iraq. But I have come to realize that only by sharing any intimacy with these places can we begin to know, perhaps love, and certainly care for them.”

And so we come full circle, or better said, we enter the circle of life from which we have been torn to the detriment of all life, including our own. Agonized by the losses, Jamail persists in bearing witness and maintaining relationship. Accordingly, we experience the utter beauty of the natural world through his eyes and passion. And so, though he cannot offer us hope, he offers us connection, insists upon it.

“My acceptance of our probable decline opens into a more intimate and heartfelt union with life itself. The price of this opening is the repeated embracing of my own grief. Grief is something I move through, to territory on the other side. This means falling in love with Earth in a way I never thought possible. It also means opening to the innate intelligence of the heart. I am grieving and yet I have never felt more alive. I have found that it’s possible to reach a place of acceptance and inner peace, while enduring the grief and suffering that are inevitable as the biosphere declines.”

Deena Metzger is a writer, healer and advocate on behalf of the natural world and all its beings living at the end of the road in Topanga, California. She has hosted Daré for 20years, community gatherings on behalf of healing and vision, at her home which is considered a village sanctuary for all beings. Her books which speak to this issue include Intimate Nature: The Bond Between Women and Animals (edited with Linda Hogan and Brenda Peterson); and her most recent novels, Feral, La Negra y Blanca, winner of 2012 Oakland PEN Award for Literature, A Rain of Night Bird and The Burden of Light, her latest poetry, deenametzger@icloud.com and deenametzger.net.