In a world facing global climate disruption, mass species extinction and general environmental decline, moral philosophers have two pressing jobs: articulate compelling arguments for the environmental policies needed to avoid near-term disasters, and explore new conceptions of human being and our place within nature to further long-term ecological sustainability. These two jobs sometimes pull in opposite directions, yet both are necessary. While not neglecting the first job, Roger Gottlieb’s new book focuses on the second. Readers of Morality and the Environmental Crisis will benefit from exploring these questions in the company of an experienced guide with a fine and empathetic mind. Gottlieb is well versed in practical environmental issues, contemporary environmental philosophy, and Jewish and other faith traditions, including non-western ones.

What needs to change to create ecologically sustainable societies? Pretty much everything, according to the author. We need a different kind of economy: one not built on creating and showing off ever more wealth, but instead on securing a sufficiency of resources for everyone. We need a different kind of politics: where corporations have been tamed, and it is possible to enact laws and pursue policies that further the common good. Perhaps most difficult of all, we need to be different and better people: less greedy and more grateful, focused more on strengthening our relationships than puffing up our egos. Gottlieb devotes a whole chapter to the question of whether environmentalists should pursue reform or revolution in the quest for sustainability, finding a place for both more and less radical political efforts, and warning against holier-than-thou condemnations of the honest efforts of others. But he is himself a radical, skeptical that the current global economic system can be tweaked into sustainability. Rightly so, in my opinion.

As successful as modern economies have been at generating wealth, modern societies have only succeeded in sharing that wealth widely when they have enacted laws and policies explicitly designed to do so. These institutional changes, curbing entrenched power, have been made possible by citizens’ robust moral concern for their fellows. Similarly, there is no reason to think that modern societies will curb excessive pollution or reduce excessive resource use absent sufficient moral concern for fellow citizens, future generations, and those other species that we habitually sacrifice in pursuit of our economic goals. Indeed, to achieve sustainability, the demands for an extension of our moral concern and for taming our natural acquisitiveness may be even greater. While we have several examples of contemporary developed nations that share their wealth relatively fairly and where poverty is largely a thing of the past, none have anything close to ecologically sustainable economies. What such economies must demand of their citizens remains to be seen—or perhaps not seen, if creating them proves too hard for us. 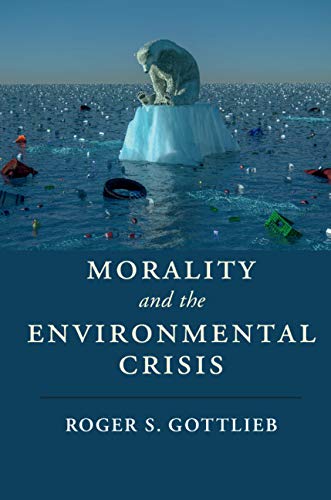 Some of Gottlieb’s most valuable reflections treat the virtues necessary for good ecological citizenship, including obstacles to their successful cultivation, and practices that nevertheless may help us to do so. Appreciation of wild nature is a key environmental virtue, enriching our experience while diminishing our sense that we need to control the world. Yet our plugged-in contemporary lives, often spent staring at screens and shot through with distractions, undermine the attentiveness necessary for such appreciation. The biologically impoverished urban environments many of us live in compound the problem. “Connected to the loss of actual biological diversity, is a corresponding lack of experience of biological diversity,” Gottlieb writes. “A diminished immediate environment creates a consciousness in which the past richness of life does not appear” (p. 210).

Lacking a sense of what has already been lost, we do not fight to preserve the wild nature that is left. Yet there are practices that can help us reverse this process. These include mindful meditation on particular trees or ponds, birdwatchers’ practices of identifying and documenting particular species and their behaviors, gardeners’ loving engagement with a particular patch of soil. There are ways to connect, to reflect and build on those connections, and to reap the benefits. Those who do so are more likely to see what needs doing in the political realm, and to have the energy and enthusiasm to follow through.

Similarly, gratitude is a central spiritual and environmental virtue. “In traditional Judaism,” Gottlieb writes, “the first thing a person does in the morning is express gratitude. ‘I give thanks to you, living and everlasting God, for returning my soul to my body. Great is your faithfulness’” (p. 43). The world is a gift—whether or not we are believers. Yet we tend to forget this, or act as if we had forgotten. Somehow, modern societies’ immense success in turning nature into natural resources and products for our consumption, undermines the gratitude people living materially simpler lives often expressed for the Earth’s bounty.

Yet here again, there are habits and practices which can help remind us of nature’s gifts and turn our hearts gratefully to the source. This, in turn, can make a difference in our economic and political decisions. Gratitude for what we have can drive out graspingness for more and more, opening up a space to share resources more generously with our fellow citizens. Gratitude, surprisingly, can help us get more out of those resources while using less of them. By helping us get to “enough,” gratitude allows us to leave more resources and more habitat for other species.

Readers of Tikkun will tend to agree with the author that a true spirituality is shown in our actions in this world, rather than by what doctrines we may believe regarding whatever lies beyond it; also, that achieving spiritual growth depends on “a radically different understanding of human identity and fulfilment,” compared to conventional conceptions of material success (p. 136). They should also prove amenable to his ideas for developing “ecological democracy,” a central concept in the book which involves caring about a wider circle of beings, beyond the human, and making decisions with greater empathy and willingness to limit our own demands on nature. Gottlieb explores the practical challenges to achieving this approach in detail and with creativity. For example, how can we meaningfully “extend democracy” to creatures who cannot speak to us? How might we manage fundamental disagreements with fellow citizens who are committed to dominating and exploiting nature? In a world where many of us have gotten used to luxuries, how can we cultivate the ability to do without them? The complexities and nuances of these questions are daunting, and I will not try to recapitulate Gottlieb’s analyses and recommendations. But his explorations regarding them are well worth reading.

If cultivating appreciation, respect, and love of nature is one pole of Gottlieb’s environmental philosophy, the other is recognizing, accepting, and even embracing limits in our demands upon it. And necessarily so. For the hope that greater efficiency, by itself, will solve our environmental problems, is as dead as the parallel idea that a rising tide of wealth will raise all economic boats. The daily headlines—which speak of rising temperatures and sea levels, of historically deadly heatwaves, fires and hurricanes, of “planetary boundaries” for safe resource use transgressed—show that increased efficiency alone cannot solve our environmental problems. We must set explicit limits to our demands on nature, or all our efficiencies will just wind up digging our environmental hole deeper: perhaps postponing the day of reckoning, but perhaps also making it that much worse when it comes.

To his credit, Gottlieb returns repeatedly to this need to respect limits, exploring it from various directions. One difficult and important practical issue is how to fairly implement drawdowns in human demands in a world where so many people live in poverty and gross want. Gottlieb is skeptical of environmental philosophies that advocate a moral equality between people and other species, given our need to use nature’s resources in ways that would not be morally acceptable in our treatment of people. “But,” he continues, “we can honor the reciprocity of our relationship with the Earth, and out of that honor limit our use to that which makes moral and spiritual sense. If we respect what we use, we are not so likely to use it all up or waste so much of it; if we attune ourselves to other life forms we may look hard for ways to coexist rather than to obliterate” (p. 76).

Gottlieb has many more useful things to say about limiting our economic demands than about limiting human numbers, a weakness he shares with many contemporary environmentalists. I call it a weakness, because the scientific evidence is clear that human population growth and growth in per capita wealth are the two, interlocking drivers of climate change, biodiversity loss, and our other global environmental problems. Getting a handle on these problems must involve setting limits in both domains. When Gandhi said, “Earth provides enough to satisfy every man's needs, but not every man's greed,” the planet held fewer than 2 billion people. Today, as we close in on 8 billion, his statement is no longer clearly true. A stable population dedicated to maximizing wealth and consumption could easily drive global ecosystems to collapse—but so could an ever-growing human population with more reasonable economic demands.

It is particularly important for ethicists to address population matters, because any solutions to overpopulation must respect human rights. Fortunately, philosophers and environmental thinkers are beginning to address these issues; good recent work includes Sarah Conly’s One Child: Do We Have a Right to More? (Oxford, 2016) and Diana Coole’s Should We Control World Population? (Polity, 2018). Perhaps in the future, our author will join them in addressing population issues along with the other types of limits he discusses so thoughtfully.

Still, I am grateful for what Roger Gottlieb has given us in his new book. I encourage anyone concerned with the future of our natural world not only to read it, but also to adopt some of the practices he recommends to cultivate the virtues we need to tackle these immense challenges.

Philip Cafaro is Professor of Philosophy at Colorado State University and an affiliated faculty member of CSU’s School of Global Environmental Sustainability. He is the author of Thoreau's Living Ethics: Walden and the Pursuit of Virtue.