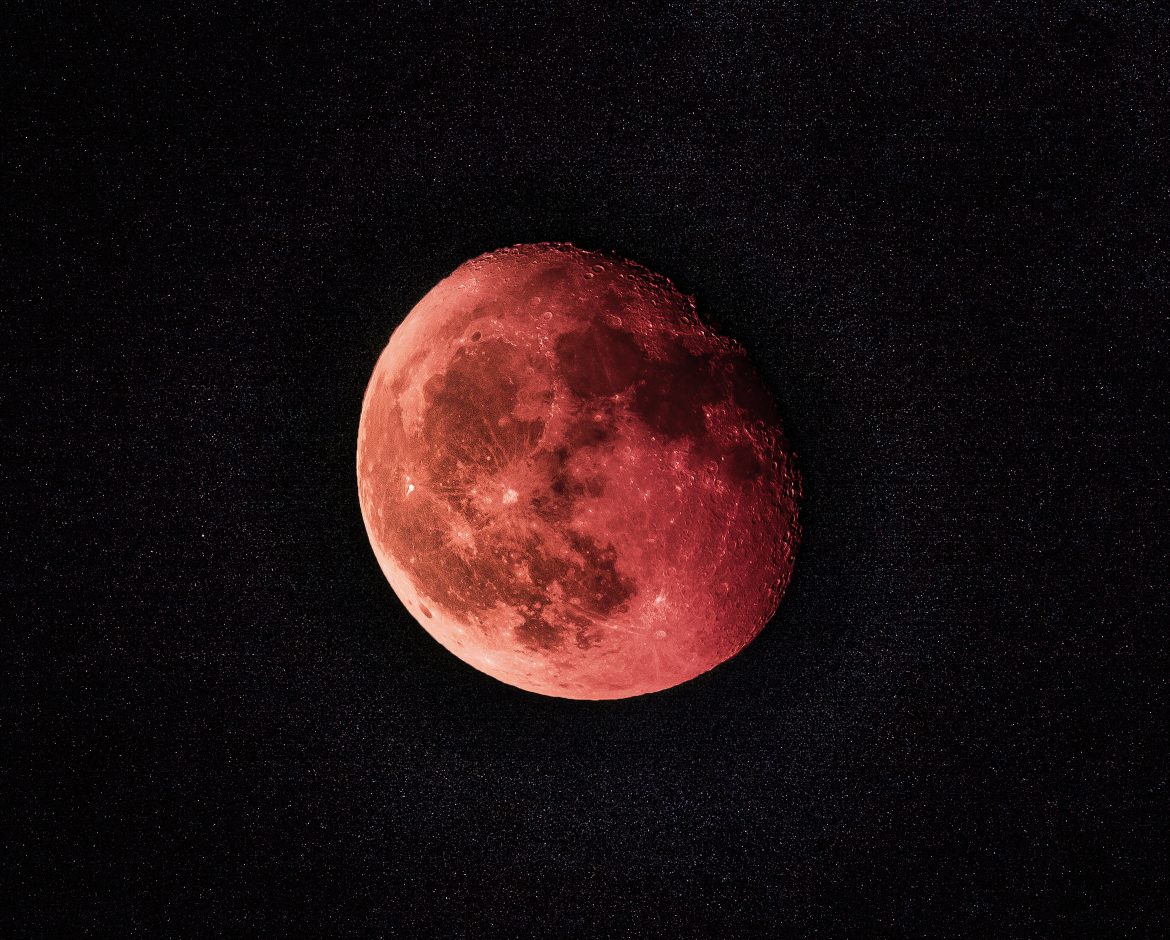 Came a red moon the night between the Easter vigil

and the morning of the resurrection and that shade

made a horizontal of the window rail and a vertical

of half the curtain, a cross—and because I wasn’t well
(some spring distemper) lying alone in the guest room

where we also kept a small shrine and our mothers’ ashes

to see a cross only because it was almost Easter 2015

but nevertheless here at first seemed to be three shadows

and I thought to myself I have not recently taken drugs
have I or gone strictly-speaking crazy like Philip K. Dick

a reluctant doctor confirmed and saved him from)

and have I anyway gotten my antidepressant dosage right?
My light too though not pink was somewhat real because

and then it was night again noche oscura as St. John of the Cross
might have put it and I knew I was in danger of making of all this

a meaning because it was Easter and outside the rabbits

of my making Christ the vertical and the horizontal Christ

that Xerxes stopped his armies to adore and away from which

he would not move again until his goldsmith struck the image
on a medal which afterwards he wore always next to his heart.

At 11:11 in the morning from this vision I awoke I who do not

have visions or want any but for all that is the sad world not yet
utterly emptied of parable? Does the young corn still put