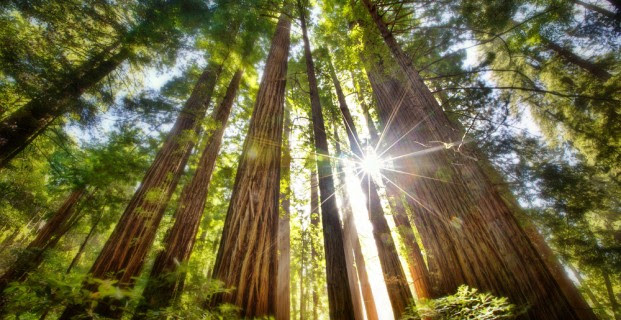 [ Editor's note: We republish this Tikkun article in light of the rapidly growing destruction of our environment, of which fires, floods, and COVID-19 are plagues that are the barest tip of the destruction to come. When we focus on environmental destruction during Beyt Tikkun's High Holy Days atonement for sins, it comes from this deep place in the Jewish tradition, and in solidarity with the wisdom of Pope Francis and his amazing "Laudato Si" (You are invited to participate in our High Holy Days wherever you are on the planet thru Zoom: info at www.beyttikkun.org).
— Rabbi Michael Lerner, rabbilerner.tikkun@gmail.com ]

Bal Taschit: What’s Wrong With the Jewish Law Against Destruction and Waste — and How to Fix It

[Managing Editor's note: The spirit of David Seidenberg's insightful Torah commentary (below) is directly related to The Environmental & Social Responsibility Amendment to the U.S. Constitution, a call by The Network of Spiritual Progressives for a radical change in policy about how corporations interact with the environment. Join us at www.spiritualprogressives.org.]

In Deuteronomy, we encounter one of the deepest principles in Jewish law: “When you lead a siege against a city many days … you may not destroy any tree of hers, to hew an ax against it, for from it you will eat, and you may not cut it off! Is the tree of the field a person, to come before you in the siege? Only a tree that you know is not a tree for food, that one you may destroy and cut off, and build siegeworks …” (20:19-20)

The principle of bal tashchit derived from the Torah’s commandment is far-reaching in that the rabbis applied it to destroying anything needlessly, which they compared to committing idolatry. The Talmud states that, “One who tears his clothes or breaks his vessels or scatters his money in anger should be considered like an idol-worshipper.” (Talmud Bavli, Shabbat 105b; also, Shabbat 67b and Maimonides’ Mishneh Torah, Shofetim, Hilkhot Melakhim 6:8, 10)

That’s pretty significant – idolatry is regarded as one of the top three sins. However, even though bal tashchit as a moral principle could hardly be given a stronger formulation, the law determined that if one could profit more from cutting down a tree than from leaving it standing – that is, if the value of a tree’s wood is greater than the value of its fruit – it could be cut down. (Talmud Bavli Bava Qama 91b) This did not count as destroying. Maimonides codifies this law in Mishneh Torah, Hilkhot M’lakhim 6:12-13 (8-9); he also states there that an ilan s’raq, non-food-bearing tree, may be cut down for any reason.

For these reasons, the legal framework around bal tashchit makes it ineffective for preventing environmental abuses.

What seems to have been missed in past rabbinic interpretation of bal tashchit is that the rule given in the Torah is both literally and fundamentally about sustainability – about what sustains you: “Don’t destroy the sources that nourish your lives over generations for the sake of a moment’s need, no matter how dire that need is.”

An object lesson from the 1980s and 1990s illustrated well this weakness in Jewish law. In 1986, Maxxam Corporation, led by CEO Charles Hurwitz, a prominent donor in Houston’s Jewish community, succeeded in its hostile takeover of Pacific Lumber through a leveraged buyout.

Pacific Lumber, which controlled the rights to a vast area of old-growth redwoods in northern California, had for over a century followed a policy of sustainable harvest, but Maxxam proceeded to clearcut the redwoods. In fact, Hurwitz’s appraisal of the situation was that Pacific Lumber’s policies had failed to maximize profits for investors – thus exploiting a weakness in corporate law that was a direct corollary of the weakness in Jewish law. 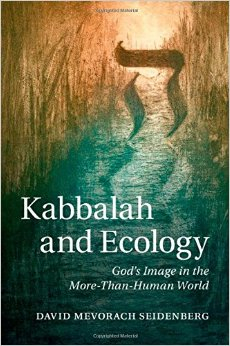 Jewish environmentalists tried to mobilize bal tashchit as part of a campaign to stop Hurwitz. They were countered by people who touted the for-profit interpretation of bal tashchit. The debate rendered halakhah (Jewish law) impotent, and left the Jewish community in a muddle – especially in Houston, where the debate made it easy for traditionally liberal synagogues who received Hurwitz money to not take a position. Instead it was the tree-sitters, whose work brought national attention to the issue (and who included no small number of young Jews), that eventually moved the U.S. government to bribe Maxxam to stop.

In several ways, the problem with halakhah parallels the problem with corporate law. The financial rules governing publicly-held corporations often require corporations, which can last for a very long time, to seek not the furthest horizon, but rather the profit of the next day. These rules put everyone in a bind. If you think about it, it’s similar to the kind of bind that is engendered by war, where immediate and expedient goals take precedence over almost everything, even human life.

Maxxam destroyed not only old-growth redwoods but also Pacific Lumber. Founded in 1863, Pacific Lumber harvested trees in a way that would have kept it in business for a very long time, even for centuries. Maxxam’s devastation of the redwoods took place over the course of a decade or so. A resolution came in 1999, when Maxxam received $480 million in exchange for giving up its timber rights to a section of the redwoods, which became protected as the Headwaters Forest Reserve.

Maxxam pushed Pacific Lumber into bankruptcy in 2007. But Maxxam is currently valued at over $14 million.

Huge profits are still made by ignoring sustainability, most treacherously by the companies that continue to feed our addiction to fossil fuels. And the fight to save the redwoods and other wildlands continues, most currently in the movement to stop the North Dakota pipeline.

Torah, and religion in general, must always work to be a counterweight to that kind of thinking. Never forget about the longest term vision of what you are doing. This is the proverbial seven generations that was a guiding principle in some Native communities.

But what about the redwoods? Since they don’t provide anything for people to eat, wouldn’t the Torah itself simply let us tear them down, as Hurwitz would have been happy to do? One way to look at it is that the redwoods and the other great forests of the world provide air, oxygen, stabilize the climate, store carbon, and the services they render us as living creatures are far greater than any harvest of fruit.

However, if we incorporate the spirit of the Torah, we can go far beyond such utilitarian measurements. The Torah after all doesn’t just protect the trees when it says, “Is the tree of the field a person, to come before you in the siege?” It ascribes a kind of subjectivity to them.

More than this, the deepest Torah guidance is that we must respect the sources of life. That spirit is expressed in so many ways – including not just in bal tashchit, but also burying the blood/soul of a wild animal one has slaughtered, never eating blood, which represents the life force, and never combining milk, the source of life, with meat. Life – all life – is the purpose of Creation. As Isaiah taught in God’s name: “The One who formed the Earth … – not to be waste/tohu did the One create her – the One formed her for dwelling upon.” (Isaiah 45:18)

If the halakhic judgment of bal tashchit is trumped by profit, nothing is really forbidden, as long as you can get people to pay. That is a formula for a dying world. But if the principle of respect for Life and the yardstick for sustainability outweigh profit, in Jewish law and corporate law, then we have a fighting chance to make it to the next century

Rabbi David Seidenberg is the creator of NeoHasid.org and the author of Kabbalah and Ecology: God’s Image in the More-Than-Human World (Cambridge 2015, kabbalahandecology.com). He teaches on text, music, dance, and ecology, and on all aspects of Jewish thought and spirituality. David has ordination from the Jewish Theological Seminary and from Rabbi Zalman Schachter-Shalomi. David also founded the first Chasidic-egalitarian minyan, on NYC’s Upper West Side. Purchase “Kabbalah and Ecology: God’s Image in the More-Than-HumanWorld”, Rabbi David Seidenberg’s acclaimed book, from Cambridge Press using discount code Seidenberg. For more info, go to: kabbalahandecology.com.