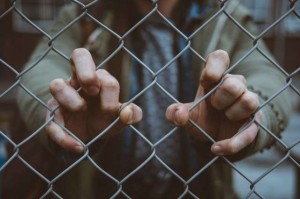 Many questions swirl around Donald Trump’s executive order that supposedly reverses his policy of breaking up families at the border, but one thing is certain amid so much confusion, hypocrisy and ineptitude: permanent damage has already been done, and more is to come. Damage to the children and their parents, and damage to the United States and what it stands for.

I think of them in the dark, when their keepers have turned off the lights, when the children sob themselves to sleep. I think of when they awake and neither mamá or papá are there, just other kids and unknown adults hovering nearby, strangers charged with caring for their basic needs. I think of the toddlers, above all, eating their American breakfast, old enough to be asking a question in Spanish — dónde está mi mami? — and the inevitable answer in English, your mother’s not here.

I can imagine how the children try to please their elders, suffocate their emotional turmoil,

smile at the new faces they have never seen before in this country that does not belong to them and does not want them. My obsession with the children who are still detained, right now, in what the Trump administration calls, without any sense of shame or irony, “tender age” facilities, does not stem only from the outrage I share with so many decent citizens.

In my case, there is a special reason why my heart goes out to those victims of a cruel and inhumane policy. I know, from my own severe experience, that those youngsters have been irreparably harmed.

I was only two and a half years old when I was separated from my parents soon after I arrived in New York City in the bitter winter of 1945. Like the undocumented children of 2018, I had been given no say in the decision to emigrate, merely dragged along when my family had escaped fascist persecution in our native Argentina. Nor was I consulted when I was forcibly removed from mi mamá y mi papá.

It is true that I was not the victim of border guards back then, but of a pneumonia that landed me in a hospital ward where I was completely isolated from any outside contact. And true also that, unlike the caged children of 2018, my confinement was not brutal and had an end in sight.

And yet, even if I was treated with love and care, even if I was taken from my parents in order to heal my illness and returned to them three weeks later, that separation from my family scarred me for life. I still have panic attacks at the mere thought of being away from those I love for even a short period of time. And I exhibit many other symptoms of someone who has suffered some traumatic event as a child.

No matter how much I try, I cannot recall details of what I underwent in that Manhattan hospital, but it must have been exceptionally disturbing for that little migrant boy who could not possibly understand why this was being done to him.

When I did emerge from that infirmary, I refused to speak one word of the Spanish of my birth to my distressed parents. Indeed, for the next 10 years, I communicated exclusively in English, did all I could to become an all-American kid who now pledged allegiance to a different culture and flag. During those three brief but harrowing weeks, I had obviously learned a perverse lesson about where real power lay: not with those who had afforded me life, but with the adults and role models who controlled whether I lived or died, ate or starved, received affection or disapproval.

The drastic decision of that lost child to turn his back on his Latin American heritage must have seemed to him a way of punishing the parents who seemed to have abandoned him — a rebuke to their inability to protect him from solitude and sickness.

Seven decades have passed, and today thousands of children have now been subjected to similar forms of estrangement and psychological torment. Except that they were not released, as I was, into the loving arms of their family. Nor is it clear if they ever will be. Whatever happens to them and future undocumented children as this bureaucratic nightmare plays out, let’s not forget that their affliction derives from a deliberate attempt to publicly hurt them in such a flagrant way that other families fleeing violence and oppression will be deterred from undertaking the perilous journey north.

These youngsters — and all those yet to come — crossed the border into America because their parents, like mine so many years ago, believed that this country would offer them refuge against the storms of their time.

Has that welcoming America died, the America that saved my family? Or can it resurrect from the ashes of heartlessness? Does the widespread indignation and outcry caused by this vicious policy mark the beginning of a radical reassessment of how undocumented migrants seeking asylum are henceforth treated and received? Will the pain of those innocents sobbing in the dark wake us up to who we are as a compassionate nation?

Or is it already too late?

Ariel Dorfman, the Chilean-American author of “Death and the Maiden,” along with a wide variety of other plays, fiction, poetry and essays, is the Walter Hines Page Professor Emeritus of Literature at Duke University. His most recent book is “Darwin’s Ghosts,” a novel centered on human zoos. He lives with his wife Angélica in Durham, North Carolina, and in Chile.

Ariel Dorfman is a Chilean-American author. His latest book is Feeding on Dreams: Confessions of an Unrepentant Exile. Seven of his books have been translated into Farsi. He lives with his wife, Angélica, in Durham, North Carolina and, when time permits, in their native Chile. He teaches at Duke University.