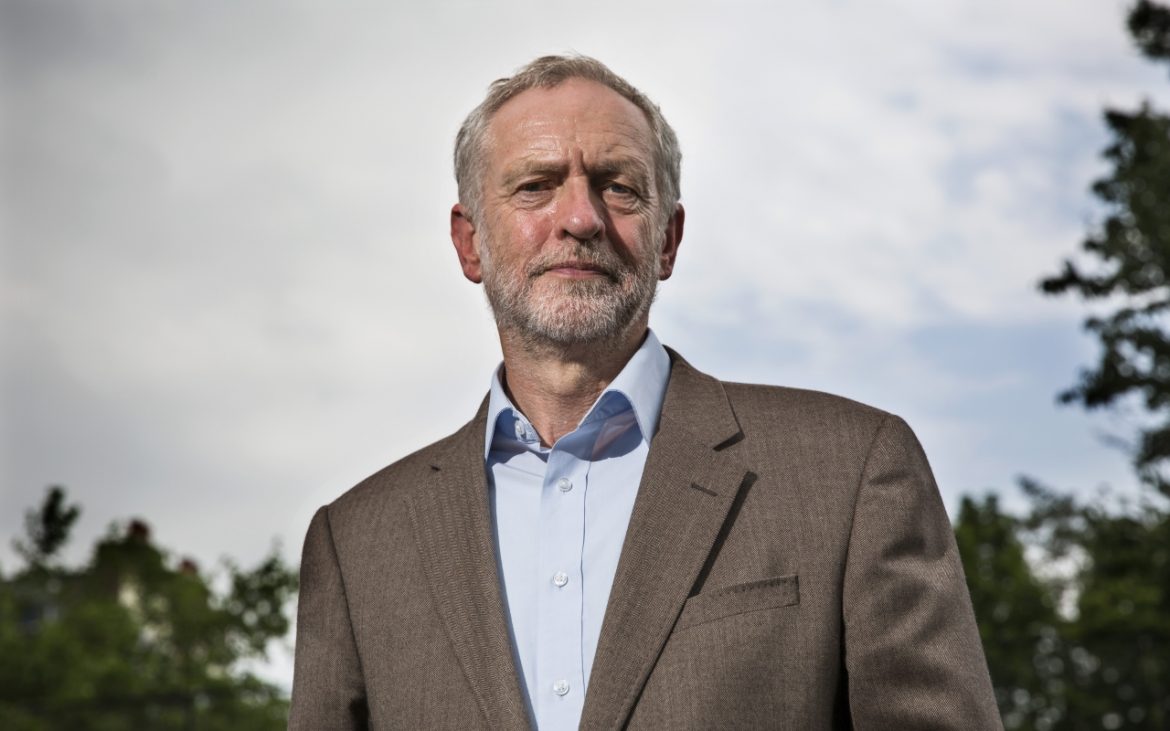 The current hysteria engulfing the British Labour Party resolves itself into a pair of interrelated, if discrete, premises: Anti-Semitism in British society at large and the Labour Party in particular have reached crisis proportions. If neither of these premises can be sustained, then the hysteria is a fabrication. In fact, no evidence has been adduced to substantiate either of them; on the contrary, all the evidence points in the opposite direction. The rational conclusion is that the brouhaha is a calculated hoax—dare it be said, plot?—to oust Jeremy Corbyn and the principled leftist politics he represents from British public life.

But even if the allegations were true, the solution would still not be to curb freedom of thought in the Labour Party. At its worthiest, the Left-Liberal tradition has attached a unique, primordial value to Truth; but Truth cannot be attained if dissentients, however obnoxious, are silenced. Given the fraught history of anti-Semitism, on the one hand, and its crude manipulation by Jewish elites, on the other, an objective, dispassionate assessment could appear beyond reach. Still, it must be attempted. The prospect of a historic victory for the Left might otherwise be sabotaged as, thus far, Corbyn’s supporters, whether it be from fear, calculation, or political correctness, dare not speak the name of the evil that is afoot.

The degree of anti-Semitism infecting British society has been the subject of numerous polls over a sustained period of time.  These surveys have uniformly, consistently, and unambiguously concluded that anti-Semitism (1) has long been a marginal phenomenon in British society, infecting under 10 percent of the population, (2) is far less salient than hostility to other British minorities, and (3) is less pronounced in the UK than almost anywhere else in Europe. One might suppose that settled matters. But in 2017 the British Institute for Jewish Policy Research (JPR) published a study that purportedly refined conventional wisdom by measuring the “elasticity” of anti-Semitism: that is, not just the percentage of confirmed anti-Semites, but also the prevalence of stereotypes that stigmatize Jews.[1]  It found that, whereas a mere 2-5 percent of the British population can be reckoned anti-Semites, fully 30 percent harbor at least one anti-Semitic stereotype.

Before parsing the study’s data, a couple of truisms warrant recalling.  First, a generalization is something that is held to be generally true; it evidently allows for exceptions. Although Engels the mill-owner generously subsidized his impecunious comrade, it didn’t prevent Marx from generalizing about capitalist “vampires.” Were it not for the heuristic value of broad generalizations, the discipline of sociology would have to close up shop. Its mandate is to map and predict the behavior, on the whole and in the main, of the multitudinous groups and subgroups crosscutting society.  Second, every national/ethnic group is subject to generalizations: “The French are,” “The Italians are,” “The Germans are,” . . .  These generalizations range from more to less flattering to downright vicious, from more to less valid to outright false. It also ought to be obvious that if most positive generalizations raise no hackles, then neither should most negative ones.  The fact that stereotypes of Jews run the full gamut is scarcely cause for alarm; it would be surprising were it otherwise.

In fact, the JPR does not sound an alarm. Whereas some anti-Semitism-mongers have latched onto its findings, the researchers themselves sought to answer a different question: “Why [do] the levels of anxiety found within the UK Jewish population about the scale of contemporary antisemitism appear to be so far out of sync with the low levels of antisemitic sentiment observed among the general UK population?”[2] The study posits that, if British Jews express deep anxiety even as anti-Semites are going the way of the dodo, then it springs from the wider “diffusion” in British society of anti-Semitic stereotypes: “This [diffusion] goes a considerable way towards explaining contemporary Jewish concerns about antisemitism.”[3]

The JPR study compiles a seven-item roster of stereotypes. If they are designated anti-Semitic, according to the researchers, that’s because Jews find them hurtful: “Some ideas are known to resonate with Jews as antisemitic, and this study adopts a Jewish perspective on what constitutes antisemitism as its starting point.”[4] But a generalization can plainly be both hurtful and true, as in truth is often a bitter pill to swallow. If the hurtful generalization is true, then—inasmuch as the epithet anti-Semiticsignals an irrational animus—it cannot be anti-Semitic.

Some 20 years ago, Daniel Jonah Goldhagen wrote a book purporting to show that the Nazi holocaust originated in an ingrained German predisposition to murder Jews. Were it true, his thesis could not fairly be labeled anti-Teutonic: “There are no prima facie grounds for dismissing Goldhagen’s thesis,” this writer observed at the time. “It is not intrinsically racist or otherwise illegitimate. There is no obvious reason why a culture can’t be fanatically consumed by hatred.”[5] Even as Germans might recoil at this depiction of them, indeed, find it singularly offensive, if the facts vindicated it, then it couldn’t be said to be rooted in irrational malice.  As it happened, the evidence adduced by Goldhagen didn’t support his thesis, but that’s a separate matter.