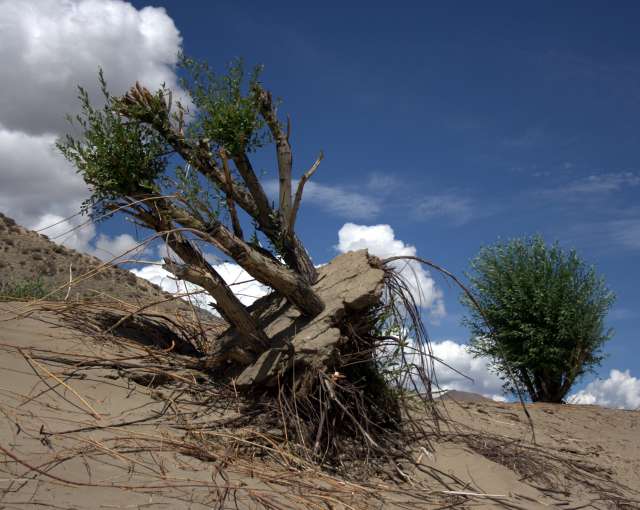 This unease became clear to me only while working on this article, born of reading a definition of what it means to be indigenous, and realizing, with a physical sense of shock, that being indigenous is diametrically opposed to the experience of uprootedness that is so quintessentially Jewish. And, while uprootedness is indeed quite the opposite of being indigenous, it is also very distinct from the experience of colonizer cultures. Being uprooted, repeatedly, has been our quintessential experience for thousands of years, born of empires, Christianity, and colonialism. Ironically and tragically, it is only when we took steps to reclaim our indigeneity that we became colonizers.

l want to tell the story of what I – an Israeli Jew in voluntary political exile – see from my singular vantage point. I want to tell the story because in so many self-defined progressive contexts, anti-Semitism is rarely a topic of conversation, even though it’s sadly alive and well, with its overt forms on the rise, especially since Donald Trump’s election, and its cyclical nature barely understood.

Not long before the expulsion of Jews from Spain, Jews were highly assimilated into Medieval Spain. Similarly, Jews were well-integrated into German society before the rise of the Nazis, as just a second of many such examples. Whenever the cycle is in its point of integration, Jews find ways of believing that it may just be over. Even Arthur Waskow, writing about anti-Semitism in the US in Tikkun, said: “Until very recently—again that foreboding  phrase!—we had been fully accepted into the American culture, economy, politics, and society.” Acceptance of Jews, so far in human history, has only been temporary.

Not being talked about, not being seen during parts of the cycle, is an aspect of anti-Semitism. I want anti-Semitism to be understood because I want it to end, like all forms of separation and oppression in the world. All of them.

Pontius Pilatus, the Jews, and me

I am in Poland, on the last day of a training retreat, in a room with over 40 people. I am facilitating a discussion about when and how much to involve a group in the process of making a decision. One participant raises his hand to offer an example.

With a smile on his face indicating to me that he is appreciating the example and probably thinks I would, too, he begins recounting the story of Pontius Pilatus in the (in)famous passage taking place just before Jesus was crucified. For my student, this is likely an example of someone, Pontius Pilatus in this case, stepping back and putting a decision on the group that was his to make by dint of his authority.

I stopped him before he was done, knowing all too well what was coming. Here’s the original passage in its entirety for anyone who is not familiar:

When Pilate saw that he was getting nowhere, but that instead an uproar was starting, he took water and washed his hands in front of the crowd. ‘I am innocent of this man’s blood,’ he said. ‘It is your responsibility!’ All the people answered, ‘His blood is on us and on our children!’ (Matthew 27:24–25)

I was simply unable to continue. The pain it brought up was physical, and searing. For anyone who doesn’t know, and perhaps many don’t, this passage has served as “proof” that the Jews murdered Jesus, and has been used for centuries as justification for killing Jews. It wasn’t until Vatican II, 1962-1965, that the Catholic Church formally repudiated this doctrine. I can’t imagine that repudiation has been propagated forcefully outward from that center.

Just minutes before this incident, I had been telling the group how facilitation requires quick recovery and being able to function even when in emotional pain. So there was context for the moment. Here’s more or less what I told the group: “You may not know this; this passage that G. is referring to is at the core of how Jews were persecuted for hundreds of years in Europe. The level of pain this brought up for me is extraordinary.

Miki Kashtan, certified NVC trainer (cnvc.org) and cofounder of Bay Area NVC (baynvc.org), teaches and works with organizations, visionary leaders, activists, and others to support the transition to a world that works for all.