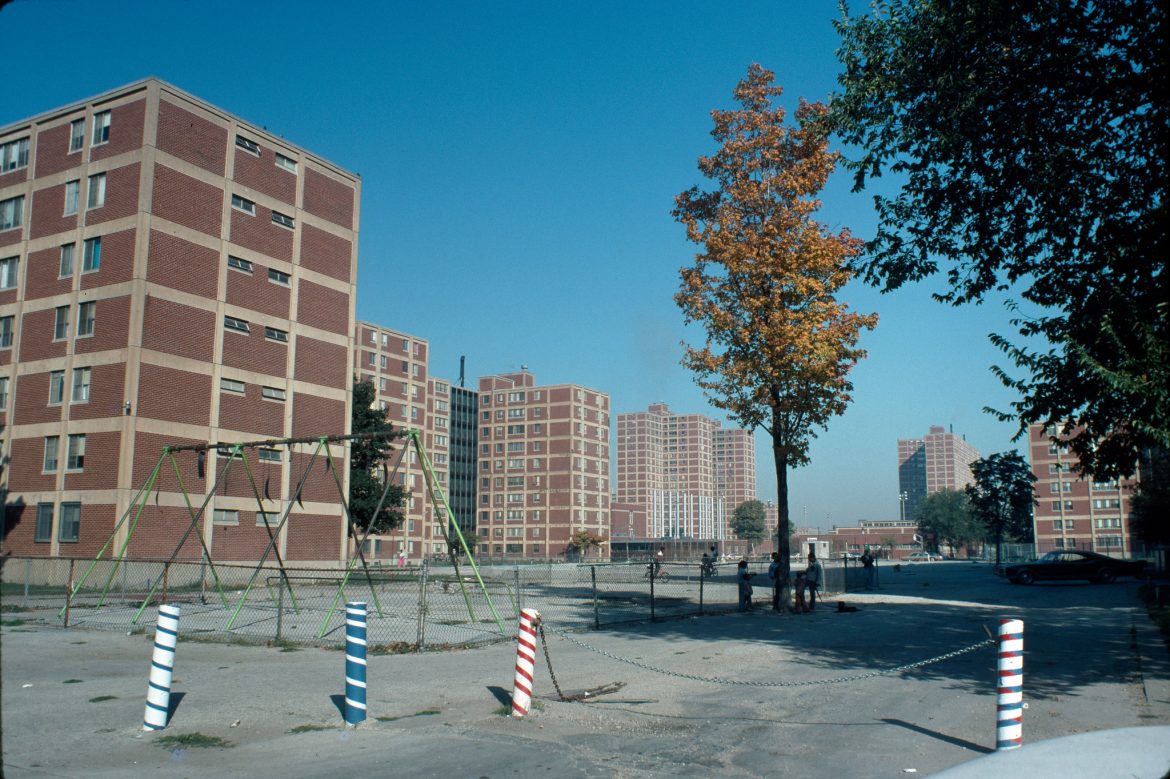 Right now, America’s public housing is poisoning its residents. Hundreds of thousands of low-income Americans live in public housing buildings that expose them to toxic, inhumane conditions. Residents are getting sick because they have asbestos and mold in their walls and ceilings, they don’t have functioning kitchens or reliable access to gas for heating during the winter.

And on top of all this, public housing is often on the literal frontlines of the climate crisis, as New Yorkers learned during Superstorm Sandy, which left more than 80,000 public housing residents without heat or electricity for weeks, in buildings that still aren’t fully repaired 7 years later.

Alexandria Ocasio Cortez (AOC) and Bernie Sanders are introducing a bill to tackle the climate emergency and the affordable housing crisis as one: the Public Housing Green New Deal Act.

The bill will take on a complete overhaul of our public housing, transforming these buildings into zero-carbon, highly energy-efficient developments that produce their own renewable energy--while also improving living conditions to make sure residents have safe and comfortable homes.

Tikkun and our interfaith and secular-humanist-welcoming Network of Spiritual Progressives is partnering with the Sunrise Movement to take action in support of this effort.

Will you call your representative and ask if they’ll protect public housing residents from toxic pollution and transform our public housing into zero-carbon models of efficiency and sustainability?

We know that stopping the climate crisis is going to require far-reaching changes in all parts of society. Because of that, a Green New Deal can’t just come in the form of a single bill on a single issue. It needs to be a series of bills that will bring a Green New Deal to all parts of our lives. A major step would be to convince Bernie and AOC to introduce Tikkun's proposed ESRA--the Environmental and Social Responsibility Amendment to the US Constitution. If you haven't read the updated version, please go to www.tikkun.org/esra to read it now, and then ask Bernie and AOC to consider introducing it. And of course, if you read Rabbi Lerner's new book Revolutionary Love, you'll get an understanding of how each of these projects fits into a larger strategy that actually could an amazing impact

Perhaps the sponsors of the Green New Deal could be convinced to include the ESRA. Over the coming months, many more official Green New Deal bills will be released. Together, they’ll lay out all the nitty-gritty details of how we can make the Green New Deal happen, and get it ready to be passed into law as soon as we take power in 2021.

The Public Housing Green New Deal Act is a valuable step toward putting the Green New Deal into law. Jumpstart us on that path by calling your representative in Congress today and asking them to co-sponsor it.

I’m so excited that this public housing bill is kicking off the Green New Deal bill series, because it embodies an idea that is central to the Green New Deal: As we tackle the climate crisis, we need to also address systemic inequality. It’s an essential part of building the multiracial, cross-class coalition we need to take on the oil and gas lobby, and it’s the only way to build a future where all people can truly thrive. Read how Tikkun does that with the ESRA!