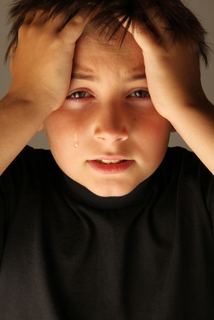 Dr. Warren J. Blumenfeld shared a post that struck a very loud chord, loud enough that with his permission we’re sharing it here. Dr. Blumenfeld is one of a group of wonderful people who have reviewed the pre-release version of Speaking Out: Queer Youth in Focus, a powerful photo-essay book by Rachelle Lee Smith which our teams at Reach And Teach and PM Press are publishing this Fall. Dr. Blumenfeld’s experience, as described in this post, is all too familiar, not just to those of us who lived back in the day, but today.
Despite incredible progress for GLBTQ rights and increasing levels of understanding and acceptance, taunting, bullying, name-calling, and other hurtful behaviors are still epedemic in our culture. Dr. Blumenfeld alerts us to an article in the Feb 17 2014 issue of Pediatrics, in which a Boston Children’s Hospital study clearly and compellingly shows the long-term impact on quality of life bullying can have, especially bullying that occurs over long periods of time.
We’re sharing Dr. Blumenfeld’s post in the hopes that it will spark a desire in anyone reading it to make a difference. After his post we share a YouTube video of a song called “Don’t Laugh At Me” which we hope people will use to start a conversation with children AND adults in their lives. Talk about the pain that our words, laughing AT someone, teasing, bullying can cause. If each one of us takes the time to find a way to talk about this with someone, we may be able to start to make a real difference. Boys and girls shouldn’t come home from school crying, or be afraid to go to school, or go to school with stomach aches because they know how bad it is going to be. We can make a difference.
Thanks Dr. Blumenfeld for sharing your story, and thank you Mosaic Project, for providing a song and an entire curriculum that can be used to truly make a difference.

Sticks, Stones, and Names Can Damage the Spirit

I dedicate this commentary to my life-long friend and comrade,

Lawrence (Larry) J. Magid, who has been there himself,

and who always has been there for me.

In my life, I earned numerous degrees including a doctorate, and I published quite a number of books and peer reviewed journal articles. I have been asked to speak throughout the United States and around the world on varied topics, and I have been given a wonderful opportunity to travel to places I only dreamt about when I was younger.
I have come to understand full well, though, and I have come to accept my severe limitations due to the damage I endured from those earlier times. Sondheim’s “whistling” stands as an analogy for relationships.
Though I have attempted to develop long-term romantic relationships along my way, I have come to endure the harm to my emotional self. I have lived alone since 1977 following a series of tries at sharing residences with trusted roommates, though none of these living arrangements worked for me.
In truth, sticks, stone, and names can damage the body as well as the spirit, and they all can kill. Fortunately, schools have at least begun to leave the myths and lies behind, and to take actions. Most notably, we are witnessing more schools conducting programs to empower the so-called “bystanders” – those who know of the bullying, but often feel powerless to step in – transforming them into active “upstanders” intervening to stop the abuse.
With knowledge, understanding, and interventions, young people are now leading the way to a better future. So…

Maybe you could show me how to let go,
Lower my guard,
Learn to be free.
Maybe if you whistle,
Whistle for me.

Dr. Warren J. Blumenfeld is author of Warren’s Words: Smart Commentary on Social Justice(Purple Press); editor of Homophobia: How We All Pay the Price(Beacon Press), and co-editor of Readings for Diversity and Social Justice(Routledge) and Investigating Christian Privilege and Religious Oppression in the United States(Sense).

Permission granted to forward, print, or post:warrenblumenfeld@gmail.com
**************************************************************************
It is with certainty that we know people reading Dr. Blumenfeld’s story will feel the pain and will wish that the world were different. It is with equal certainty that many will then ask themselves, “But what can I do?”
You CAN make a difference!
Watch this YouTube of the song “Don’t Laugh At Me” and then find someone in your life with whom you can share it. Too many people of ALL ages get pleasure from other people’s pain. We all need to talk about it and work together to change that.
At a gathering of over 200 middle school children, during an exercise where the kids were asked to walk to one side of the room or the other, depending on their answers to certain questions, every single child in the room walked to the “yes” side when asked if they had ever laughed at someone because of a particular trait in that other child. 90% walked to the “yes” side when asked if they had ever been laughed at that way. If we can impact that, we can make a huge difference in everyone’s lives. This little song can be the launching point for conversations about that.
Here are the words to the refrain:
Don’t laugh at me.
Don’t call me names.
Don’t get your pleasure from my pain.
Deep inside we’re all the same.
We all need hope and care and love.
Don’t laugh at me.
This song is one of many included in the Mosaic Project Curriculum, a comprehensive curriculum that has made a huge difference in creating more peaceful and accepting schools around the world.

Watching this video, singing or listening to this song can be a great start to an important process of talking about and planning how to handle situations where someone is being teased, bullied, laughed at… Just feeling bad for the people who are picked on isn’t enough. We all have an opportunity to at a minimum NOT participate in such behavior, but we can also step up and make it stop whenever we see it.
Find someone in your life with whom you can share this video, watch it together, and then discuss it. Discussion items can include questions like these:

A great way to prepare for being an upstander instead of a bystander is to rehearse what you will do the next time you see someone being teased, laughed at, or bullied. Rehearse with one or two other people who can play roles like the one doing the bullying and the one being bullied. We ALL have the ability to stand up!