Two weeks ago, during the absurd multi-lateral Geneva peace talks with the Assad regime , I posted an image of Hamza Ali Al-Khateeb, a 13-year-old Syrian boy who was tortured, mutilated and murdered by the regime of Bashar al-Assad. Some folks asked for more information about Hamza, so I provided a link to a Wikipedia page devoted to his memory.
Today, the office of the U.N. Secretary General issued a report, to be presented next week to the U.N. Security Council, documenting widespread abuses and torture of children in Syria. While the report suggests that opposition forces, including the Free Syrian Army, have recruited child soldiers, primarily teenagers, the brunt of the report appears directed squarely at the Assad regime. From the New York Times:

In 2011 and 2012, the report said, children as young as 11 were held in government detention centers with adults and, according to witnesses, subjected to torture in order to coerce relatives to surrender or confess. 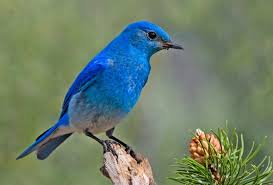 “Ill treatment and acts tantamount to torture reportedly included beatings with metal cables, whips and wooden and metal batons; electric shocks, including to the genitals; the ripping out of fingernails and toenails; sexual violence, including rape or threats of rape; mock executions; cigarette burns; sleep deprivation; solitary confinement; and exposure to the torture of relatives,” the report said.

Investigators said they had documented reports of sexual violence against children in government detention, “perpetrated mostly by members of the Syrian intelligence services and the Syrian armed forces” against those who were suspected of being affiliated with the opposition.

From my standpoint, the question that ought to be asked by those of us who read this information could not be more plain: What is our responsibility to the children, and all the victims, who are living, dying and being tortured under the Assad regime?
Democracy matters. All of our voices matter. When President Obama sought congressional authorization to strike the Assad regime last September in response to the regime’s use of sarin gas that killed over 1,400 people, a majority of Americans, from left and right, made their voices heard: they said no.

I believe that was a catastrophic mistake, and I believe the fact that the Assad regime is currently being treated by Secretary Kerry as a legitimate negotiating partner is equally catastrophic.
As I see it, the proposed military strike put forth by President Obama – namely lobbing Tomahawk cruise missiles as a “shot across the bow” as President Obama put – was woefully inadequate, and critics were right to point out the liklihood of civilian casualities from such missile-lobbing.
What is needed in Syria, immediately and at minimum, is a Western-imposed no-fly zone, which means this: any aircraft flying inside Syria not authorized by the Western coalition as a non-regime humanitarian aircraft – like the UN – will be shot down; shot down not by offshore missiles, or by drones, but Western planes imposing the no-fly zone. That would at least prevent Assad from his continued barrel bombs assaults on civilians througout Syria. (Barrel bombs are huge drum-like bombs filled with shrapnel that are dropped from helicopters.) Members of the Assad regime also need to be told that any on-the-ground efforts to blunt delivery of food and medicine by the UN and NGO’s to the civilian populations will be targeted.
This is the most bare minimum action that anyone concerned about the victims of the Assad regime should support.
More complicated is the matter of stepping up military support for the moderate Free Syrian Army. As one Tikkun Daily commenter mentioned last week, Congress has now provided funding for small arms to the Free Syrian Army, although they did so with a secret vote, probably because House and Senate leadership feared a deluge of calls from Tea Partiers and their left-wing isolationist counterparts demanding that the U.S. not get involved in Syria’s civil war. Congress’ secret vote was totally unjustified: we don’t stand a chance of helping foreigners stand up to their own tyrannical regimes when we ourselves are willing to throw our democratic principles – like an informed citizenry that has a right to know how their representatives in Congress vote on international conflicts and crises – down the tubes.
As concerns stepping-up military support for the Free Syrian Army, one idea that might be considered is making all military aid contigent upon the latter’s argreement to have a standing, roving team of Western war crimes investigators and prosecutors to ensure they are not engaging in war crimes or other illegalities, like recruiting teenage soldiers. In other words, the Free Syrian Army would have to agree to the latter’s physical presence in order to obtain more substantial military aid. Such a concept is precisely the kind of measure that would need open public debate – on blogs, in the papers, and in congressional hearings.
That said, we cannnot call ourselves humanitarians or civilized people and watch this evil regime kick back international norms of civilized behavior a hundred years. I urge spiritual progressives and all liberals to get involved, throw ideas out there about how to hold this truly wicked regime accountable. Don’t be afraid to air your ideas and viewpoints, or to have those ideas proven either wrong or impractical, etc. later on. The victims of this regime need our help. We are all one; children of the same God.
I will close with a video link to a rare tape of the legendary Judy Garland singing “Somewhere Over the Rainbow.” Whenever I get dispirited about American politics in particular – and the American people’s and indeed the entire Western response to Syria has been so disappointing – I turn to our nation’s great artists for comfort.
I keep thinking about that Syrian father President Obama mentioned in his White House address to the nation last September, after the sarin gas attacks in the Damascus suburbs. As President Obama explained to our entire nation, this Syrian civilian father held the bodies of his two gassed daughters in his arms. He was shaking them, screaming at them, ordering them, to wake up. Of course, they couldn’t. They were dead.
Where did this father go? Is he still alive? Where is he now? How is he coping with this ongoing horror?
I have no idea. But in this clip of Judy Garland, introduced by her daughter Lorna Luft, Garland is dressed as a hobo, with a scrungy beard on her face. Of course, the voice, and the eyes, are all Garland. There is no mockery here in this American legend’s depiction of the downtrodden, but rather a deep and profound connection to world’s suffering people.
I think that Syrian father must be in the same state of sorrow that Judy Garland expresses here, trying to remind himself that the bluebirds, his own baby bluebirds – his daughters – are angels in heaven, flying freely.
Pray. Pray some more. And then take action of some kind for the bluebirds, the children, of Syria.
[youtube: video=ss49euDqwHA]