Over the last year I’ve written several articles and a book chapter trying to demonstrate the moral ambiguity of spiritual practices like yoga and meditation. In other words, I’ve argued that these practices won’t lead one to be aware of or challenge the injustices in their surrounding culture. They are ethically and politically neutral. Furthermore, the increased presence, clarity and focus gained from these practices can and has been used to support war, killing and racial hierarchies.
In response to my recent article “Why the Dalai Lama is Wrong to Think Meditation Will Eliminate Violence,” my writing colleague Matthew Remski (see the new book 21st Century Yoga) challenged my assertions. One of his central arguments is that there are some practices like “mindfulness meditation” that can and do create states of empathy and lead to progressive politics. 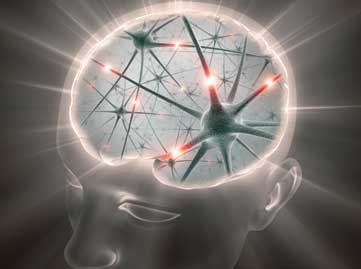 One of the first problems is that Remski is, I think, misunderstanding the central premise of my argument. I’ve always stated that yoga, meditation (of any type), psychotherapy or other practices can increase empathy, intimacy and feelings of love. My argument is that despite these feelings of expansiveness, joy, love, empathy or whatever else – they don’t translate into helpful strategies that address the havoc of industrial civilization, capitalism or white supremacy culture. There is no evidence that they do. Therefore, Remski could point to plenty of examples of people feeling more empathetic, loving or kind and it wouldn’t prove anything. He could even show brain scans of certain parts lighting up, confirming when people are experiencing these warm and fuzzy states. You could measure it through any form of “independent observation” or any other method as well. If a Christian colonizer’s brain lights up indicating empathy when he thought about “saving” the “savages” of North America, does that tell us anything?
My argument is that while there is a lot of emotional scarring in the world, many people are already operating from the place that Remski wishes more of us could get to and yet it has done nothing to save the planet. Nor is there a direct cause/effect relationship between internal states of love or empathy and one’s political views.
For Remski’s theory to be true, it would mean that Republicans and Tea Partiers (anyone with different politics than him) would all have to be cold hearted, disconnected, non-empathetic people. There would simply be too much cognitive dissonance if right wing political people also experienced the same beautiful feelings of love, care, empathy and kindness that Remski does. It couldn’t be possible because these feelings are supposed to lead everyone to Remski’s personal brand of progressive political views. How could people with vastly different political views from around the globe, in thousands of cultures also experience the same degree of love, kindness and empathy as Remski does without embracing his interpretation of things? In Remski’s view it simply can’t be possible.
Since Remski believes that progressive politics (his particular flavor, not Chomsky’s for example) naturally leads from empathy it makes sense that he’d see increasing empathy as a possible solution to the world’s problems. However, he proves himself wrong because there are millions of people who are very empathetic, loving and kind whom are destroying the planet and don’t care about progressive politics. How would more of these warm, fuzzy states of being change anything? It wouldn’t. Again, Remski needs to provide some sort of case study, research or historical example to back up his theory that feelings of empathy support progressive politics (let alone his version). But as of yet, he’s provided nothing.
If one experiences an increase of empathy or love from any form of meditation, yoga or tantric sexual practice it will only be expressed to those whom they believe are worthy of empathy in the first place. Just like psychotherapy won’t turn a Tea Party member into a radical anarchist, any form of meditation won’t turn a KKK member into an anti-racist. It won’t make someone aware of the need to stop deforesting. Now just think of all the cultural diversity in the world and how, despite similar empathetic feelings, there are drastically different ideas about how to act on these feelings. Therapy can certainly help people to solve issues in their relationships, heal from parental distress and become happier, more loving people. I’m sure that some forms of spiritual practices can do this too. Thus, Remski need not convince me that he has a method called “mindfulness meditation” than can actually increase empathy.
Remski counters my claims about psychotherapy:

Therapy changes opinions, beliefs, actions and politics all the time in macro and micro dimensions. Most therapy is specifically geared to help people counter their socio-cultural conditioning. How do you know the effects of therapy on the populations you describe? Are you citing something?

The answer is just common sense. Of course therapy changes people and helps to counteract conditioning in various ways. But it doesn’t teach a white person about white privilege or white supremacy culture. It doesn’t make anyone more knowledgeable about poverty in the U.S. It doesn’t lessen someone’s nationalism. It doesn’t inform people about the severity of deforestation. Again, there is a lot of therapy happening in this country. To suggest that it has made people more progressive is totally unfounded. While therapy can change people, it could just as equally change them from liberal to conservative, as it could from conservative to liberal. There is no direction to it. Perhaps Remski thinks that everyone who goes through therapy will end up with his personal political viewpoint? I’ve provided several compelling examples of how yoga and meditation can and have been used to support the evils of surrounding culture. Most recently, I’ve pointed to the widespread prevalence of Buddhist fascism in WWII Japan era. I’ve also illustrated that yoga has been used by the military and found within the highest echelons of corporate America. There are also lots of problematic yoga global service projects. I’ll add one more example to the coffer. Yoga was practiced throughout Nazi Germany. One of it’s famous disciples was Himmler, who carried the Baghavad Gita around with him and was a yoga practitioner.
It appears that Remski is suggesting that if the Nazis had only slightly modified the type of meditation they were doing, history may have turned out much differently. Or if the Buddhist fascists didn’t have the wrong kind of meditation things would have been much brighter for China, whom they ruthlessly invaded. But I think that any form of meditation, even his mindfulness version, wouldn’t have changed anything.
In his critique Remski calls for a scientific study where 1000 yogis are measured for their “empathy gains” in practices that emphasized “mindfulness and ecology over time.” I’m not quite sure what Remski means here. But if he is talking about teaching ecology during yoga class, well that spoils the study. You wouldn’t be able to isolate the variables of “yoga practice” and “being taught about ecology.” My argument is that yoga practice or mindfulness meditation won’t increase ones interest in ecology. My evidence is the millions of people who have been practicing yoga and meditating without abandoning their Republican or conservative views. Maybe these Republicans just need to slightly modify the type of meditation they are doing and then they will become liberals? But of course if you teach people about the importance of ecology that can increase their interest in it.
If you start doing theme based teaching in yoga classes you will be mostly preaching to the choir. Only people who think ecology is a valid and interesting topic will come to an ecology based course. Or if it is progressively social justice themed, the participants will be highly self selected and will already have the belief that social change is a good idea. A KKK member won’t go to a yoga class that mixes anti-racist teachings into it. That’s simply not a valid option for them.
Conclusion
Remski believes that focusing on the attention of the sensations of “breath, pulse, pain, compression, expansiveness” is the foundation for a “reality-based groundwork for empathy, from which new cognitive insights can flow.” This is mindfulness meditation. He goes on to say, “This is a darned good place from which political change can begin and receive ongoing support.”
Of course I’m all for people being more connected to the sensations of life and I support progressives who want to root their efforts here. However, it is a deeply flawed argument to suggest that these life impulses support Remski’s personal political beliefs.
The fundamental problem in Remski’s argument is that there are profoundly different strategies that people use to express those feelings of empathy and love. There are plenty of people who are already connected to that place of “raw perceptual awareness” that Remski speaks of. There are lots of people who experience deep empathy and would be considered psychologically healthy. They have families, are “kind,” go to church and volunteer. To somehow suggest that the problem of industrial civilization and social injustice is due to a lack of empathy, love or kindness is simply misguided. What we need are strategies, methods, techniques, organizations and resistance efforts to stop the absolute havoc that industrial civilization is offering. Therapy, mindfulness meditation, tantric sexuality or yoga won’t provide these methods.
Even if mindfulness meditation did lead to one appreciating the environment more, what strategies would they use to employ this feeling? There are so many debates about what are the most important ways. Let alone the whole problem of many people embracing environmentalism with no awareness of environmental injustice i.e. how pollution affects marginalized peoples for example. If “green” activism is what Remski thinks mindfulness meditation will lead to, this will be very problematic as it leaves out significant elements.
It makes sense that Remski ties his particular political beliefs to his experiences of love and life. We wouldn’t expect him to embrace a political ideology that is counter to his own merely because he had a baby or did mindfulness meditation. Yet, it is here where he unknowingly proves my thesis. No one would abandon their political ideology for someone else’s simply because they had a child or got in touch with the raw feeling of life. I wouldn’t expect a drastic shift in Remski’s beliefs from liberal to conservative. So, why would he expect a conservative to shift to his? His argument sets his political perspectives up as the divine arbiter of truth. For his theory to be accurate, anyone who successfully does mindfulness meditation or experiences the rawness of life will agree with his personal politics. We will all end up with the same. Despite our many agreements on political issues this sounds entirely unappealing to me.

0 thoughts on “The Limitations of Empathy: A Response to Matthew Remski”