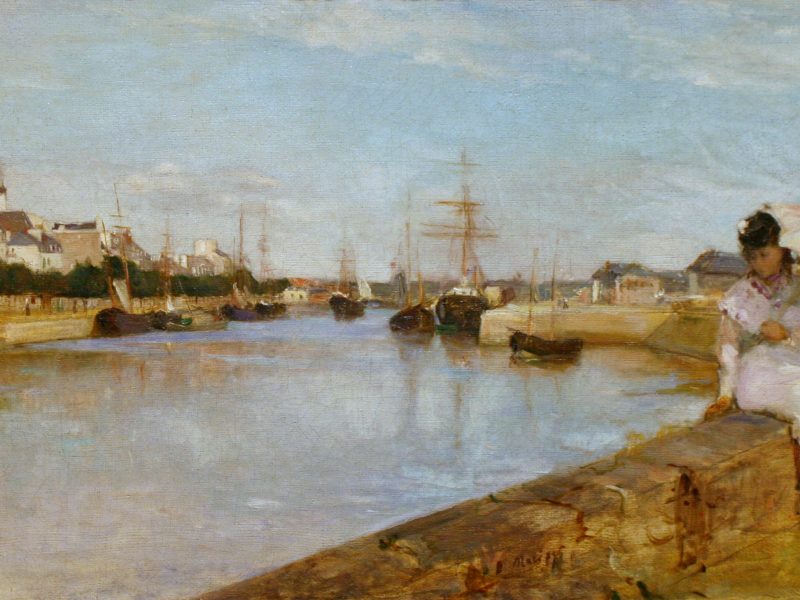 A Theory of Everything

"Perhaps most of all, I miss discussing your theories, Nora. Under the spell of love and a dancing fire, our nude bodies warmed by burning oak and afterglow, we explored without telescopes or complicated mathematical formulas. Free radicals, you called us." A short story by Ron Rindo.

Screaming Faces Made of Dots

“I tightened my hold on the snow globe and then slipped it into my pocket. I had never stolen anything before, but I had an idea that the snow globe was meant to be mine—a consolation for the lost bird keychain—that it was a powerful artifact intended to pass from one Hannah to the next. That it had first belonged to the original Hannah, the one who was favored by God.” A new short story from award-winning author Becky Mandelbaum.

"Having procured the grape leaves, the Whole Foods shopper sat back down next to me on the bed in our married couple pose, lifted the comforter up over himself again, and started munching. . . I was entranced." A short story by Cady Vishniac.

"The truth is, even now he doesn’t know how or why he’d so abruptly turned his back on his wife and children, forsaken his wedding vows, and broken with Jewish law. It was almost as if he’d been under the influence of a drug." A story by Jennifer Anne Moses.

"No, he did not know, as his mother and father did, what it meant to truly be afraid for one’s life." A short story by Becky Tuch.

"[She] tapped out another Kent from her packet, handing it to him. See, she wanted to say, capitalists can be generous." A short story by Julie Zuckerman.

Colin Greer Poems: Mezuzah and All in the Family

A story by Joseph Allen Boone.

She fumbled for the bedside lamp as her husband asked who was it now, for the love of Pete, and what made college students think they could wake up their professors in the middle of the night. She kissed his forehead and told him it was probably one of those wrong numbers again. People should really know better than to drink and dial, she said, knowing that her little joke, like previous attempts at cheerful intimacy, would most likely fall, to use a biblical expression, on uncircumcised ears. He rubbed his nose and mumbled something into his pillow, rolled over and resumed snoring, first softly, like a baby, then with rapidly increasing vigor. She cupped the phone in both hands and whispered a hesitated hello into the receiver.

"And the moment I was able to look them / in the eye, they opened theirs, // as surprised as I was to find themselves alive." A new poem from Jon Swan.

"someone came back / from the edge of the world [...] / chanting the word tolerance / over and over, as if / that would change anything." A new poem from Steven Kleinman.

Reflections on a Line by Anna Akhmatova*

"The sea that tumbles onto shore is not the sea / we waded in as kids. We’ve changed its nature." A new poem from Jon Swan.