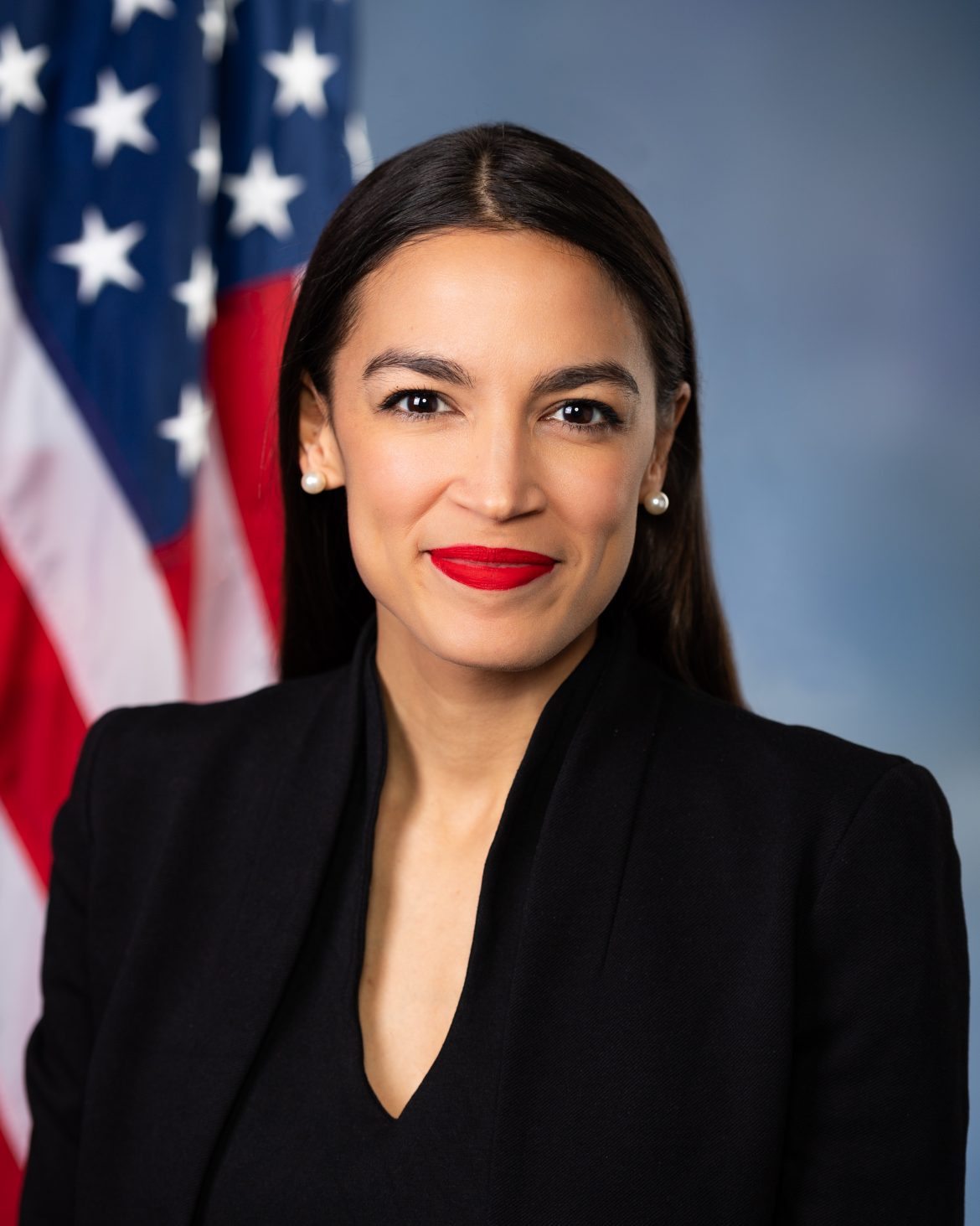 Editor's Note: Please tell your elected Congressional reps that they should insist that as part of the impeachment trial of Donald Trump that AOC be invited to tell this story of the terror generated by Trump's orchestrated assault on the Congress on January 6. While major media have reported this in their newspapers, it has not been heard in most regional newspapers and in much of the radio stations and local TV.  Could you also please call these local media to insist that they cover what AOC describes in the article below? Her analysis of why the Republicans are trying to "move on'' is particularly important. It will take a grassroots campaign to have this information brought before the Senate and the local media. I hope you can join this effort. Healing comes after repentance, not in place of honest facing of the abuse she recounts!

AOC Describes Her Experience in the U.S. Capitol on January 6 (the attempted right-wing coup)

My story is one of many. It’s not the only story or the central story.

But, it’s important to share because so many of the people who helped perpetrate what happened are trying to tell us to move on and forget about what happened – saying it isn’t a big deal.

They’re asking us to move on for their own convenience. These are the same tactics used by abusers. What they are really asking is: “Can you forget about this so we can do it again?”

I'm a survivor of sexual assault, and I haven't told many people that in my life. But when we go through trauma, whether we have neglectful parents or any kind of trauma, these episodes can compound on one another. Part of my hesitancy to tell this story until now has to do with some of my trauma. As a survivor, I struggle with the idea of being believed.

Many Republicans have done everything they can to try to rewrite history. They say we’re exaggerating or stoking tensions or even that I should apologize. Senators Josh Hawley and Ted Cruz have had nearly a month to apologize for their role, but over and over they’ve doubled down and said they did the right thing and if they could go back, they’d do it all again. That’s why they need to resign, because they will do it again.

First, let’s dispel the idea that this insurrection happened suddenly – that there was no way for Hawley, Cruz or Trump not to see this violence coming or anticipate their role in stoking it. Everyone knew something was going to happen.

One week before, I started to get text messages from other members of Congress saying that I needed to be careful on Wednesday. So I started thinking through a security plan with my staff.

Insurrectionists arrived in town starting on Monday. That day, as I exited the Capitol, a crowd of Trump supporters were gathered directly behind my car. All there was to protect myself and other members of Congress was a waist-high fence.

My heart was beating fast. They were yelling insults my way. I tried to lighten the mood to create enough space for me to drive away and get out of there.

Later that day, I went to the grocery store and saw all these people in MAGA hats. It felt tense. And, I guess it felt like – whether you’re from the Bronx, New York City, Queens, or wherever – you can just catch a vibe and kind of know a general sense of when things aren’t right. And things started to feel “not right” when I was in that grocery store that Monday night.

By Tuesday, 24 hours before the events on January 6th, I had already resolved that I wouldn’t go back outside except to vote. Myself and other members asked about security plans, and we were told that it was being handled by Capitol Police and couldn’t be shared.

Fast forward, Wednesday, January 6: At 12:45pm, my chief of staff called me and asked how I was feeling. In that moment, I was feeling great – Rev. Warnock and Jon Ossoff had just won. I was on cloud nine. It took a weight off my shoulders – and I hoped maybe it would take the wind out of the sails of the growing mob outside the Capitol.

This is the moment I thought everything was over. As a spiritual person, I thought: if this is the plan for me, people – you all – would be able to take it from here. I felt that things were going to be okay and that I had fulfilled my purpose.

Peeking through the hinges of the door behind which I was hiding, I saw a white man with a black beanie come into my direct office. He continued to ask, “where is she?” “where is she?” Finally, I heard G follow him and say “Boss, it’s OK to come out.”

The man in the black beanie was a Capitol Police officer – he was alone with no partner, and I never heard him identify himself as Capitol Police or anything. We weren’t sure if he was there to help us or hurt us. He was looking at me with a tremendous amount of anger and hostility.

Yelling, he told us to go to a different building where all Members would be extracted – not providing the room number or any other exact information on where in the building that extraction point was. Still, we started running. Alone with no escort and no specific location, we could hear the rioters outside. Not knowing where to go, I ran to find the offices of members I knew in the building. After running up and down the stairs, googling frantically to find room numbers, I eventually found Rep. Katie Porter’s office and asked if we could shelter with her.

She welcomed us in, and we started searching for where we could hide. We pushed couches against the door. I found clothes and sneakers to change into in case I needed to run, jump out of a window, or blend in with a crowd. We turned off all the lights.

Shortly after we finished barricading ourselves, we received intelligence that bombs were found not far from where we were. We discussed what we’d do if the building exploded. Staffers were making decisions to put their lives on the line to save us.

When I finally learned the location of the extraction point, I didn't feel safe going there, knowing that some Republican members were live tweeting the locations of the Speaker and others. I knew the National Guard hadn’t been called. We were in Rep. Porter’s office for hours.

After the building was secure, I walked over to Rep. Pressley’s office where she and her staffers made sure I was fed. We were at Ayanna’s office until 4am as Congress finally proceeded with voting to certify the electoral college. There are more details to share at some point, but not today.

Rep. Pressley told me that night that what I experienced was traumatizing. Hearing her say that, it forced me to pump my brakes. If you have experienced any type of trauma, just admitting and recognizing it is already a big step. The moment you admit that a thing happened to you is hugely important.

I look back on this and Ayanna really helped my healing. Telling your story is an important tool for healing, which is why I’m telling mine. Together, we have 435 stories and we need to tell them because every time a Republican gets on television and tells us to forget, these stories are reminders of what they’re trying to absolve.

What happens now should not be a partisan issue. This moment is not about a difference of political opinion. This is about basic humanity.

We knew that violence was expected on January 6. We knew the rioters depended on someone upholding the lie that the presidential election was fraudulent. Ted Cruz and Josh Hawley chose to tell the lie because they thought it would be politically advantageous.

Six people have lost their lives, eyes and limbs have been lost, and many more people traumatized. Even after all of that, not even an ‘I’m sorry.’ Not even an: ‘I didn’t realize what I said would contribute to this violence and if I had known, I wouldn’t have done it.’ Instead the response has been, ‘I did the right thing and I would do it again.’

If that is their stance, these members will continue to be a danger to their colleagues. Given the same conditions, they will choose to endanger their colleagues for political gain again. That’s why we need accountability.

It’s not about revenge, it’s about creating safety. We are not safe with people who hold political power who are willing to endanger lives for political gain.

I appreciate you taking the time to read this or listen to my IG live. I’ve been giving myself the time and space to heal. And, if you’ve experienced trauma, I hope you’ll do the same. You don’t need to have experienced the worst thing or the biggest thing. Talk to someone about it. Acknowledge it in your heart.

Big hugs and build a snowman for me,

3 thoughts on “AOC’s Experience: We Need to Respond to It”