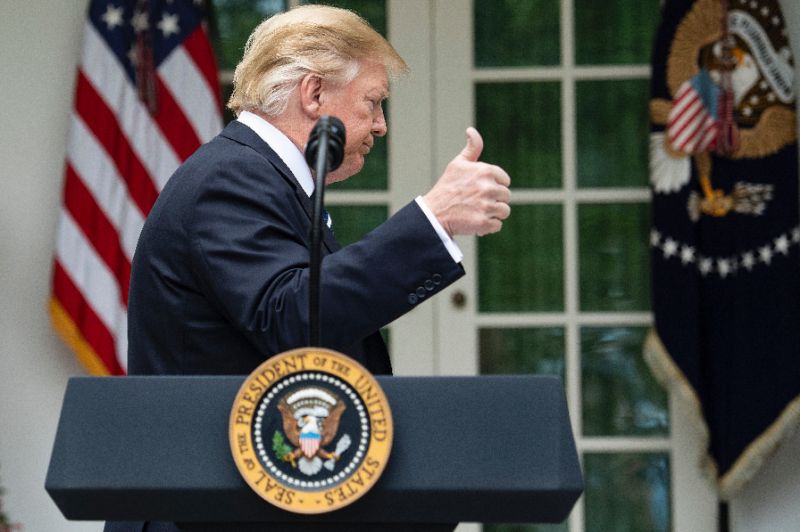 Trump walks out of a meeting with Democratic leaders

Everywhere I look, there's another example of the epidemic entitlement that distorts American society. I'm going to skip right over the Present Occupant of the White House, who walked out three minutes into a planned meeting on infrastructure with Democratic leaders, saying he refused to work with them until they halted all investigations into his conduct. The explosion was clearly staged, as his next stop was a Rose Garden podium adorned with a pre-printed poster saying “No Collusion, No Obstruction,” where he elaborated his ultimatum.

I'm skipping that Big Baby performance in favor of an interesting look at behavioral characteristic that has been allowed to run roughshod over our common culture, an unchecked outbreak of Big Babyhood that needs to be named as such.

Yesterday's New York Times covered a study of the phenomenon. Well, the title says it all: "Why High-Class People Get Away With Incompetence." Appearing in an American Psychological Association journal, the researchers' report explains that people who come from a higher social class—more money and status—were reliably overconfident. They predicted that they would perform better than they actually did on a variety of tests, and were not dissuaded of their superiority even when shown their actual scores. What's more, in situations such as mock job interviews, strangers tended to give the job to the most overconfident of these competitors. Their "overconfidence was misinterpreted as competence," as the Times put it.

Overconfidence was part of the President's performance too. Afterwards, he said this: “I walked into the room and I told Senator Schumer, and Speaker Pelosi: ‘I want to do infrastructure. I want to do it more than you want to do it. I’d be really good at that, that’s what I do." But I'm skipping over that in favor of the riveting "No Fair!" episode of "This American Life," a big chunk of which focused on basketball referees. I know nothing about sports, but that didn't dim my interest or enjoyment in this eye-opening look at the performance of privilege and overconfidence.

It seems—as any basketball fan will surely have observed—that hating the ref has risen to new heights, with demeaning chants, on-court arguments, players who try to trick the refs (as by "flopping," pretending to be injured), mandatory security escorts after games, and even occasional death threats now just part of the job description.

As video capture and playback technology has evolved, the NBA has even opened up the Replay Center, a high-tech operation hidden in a New Jersey strip mall, to vet disputes over contested calls. If you do watch professional basketball, and you observe a referee who's called a violation make a twirling motion with his fingers, know this: the ref is signaling the Replay Center to watch the video posthaste. And the Replay Center can do this easily, as 110 video screens show every video captured at all 29 NBA arenas around the U.S. and on-call technicians are ready to zoom in, zoom out, and freeze-frame as needed. And all this is taking place during a period when the NBA is doing tons of other stuff to improve refs' accuracy, even as outside researchers are documenting the things that can distort fair calls, such as racial bias. Referees can't be perfect, but the podcast makes a convincing case that they are better than ever before.

In the podcast, the writer Michael Lewis explains that despite this, fans are far more focused on refs' mistakes, partly because they too have access to JumboTron footage that zooms in on every detail, pulling their attention, and partly because of the national mood of conspiracy and coverup, which colors every mistake not as an accident but as an expression of corruption and more proof that all games are rigged. But mostly, he learns this:

It's then that it occurs to me, just looking around the room at 110 TV screens, I've had a hard time following the games, never mind the scores. I sometimes don't even know which teams are playing. But every time a player gets up into a referee's face, I've recognized the player. And I actually don't know that many NBA players, but I know all the ones who pitch these hissy fits, because the only players getting up into the faces of the refs are the famous players, or the coaches who protect them.

Lewis is disturbed by the performance of privilege, the pitfall of the richly rewarded: to believe so completely in their own excellence and rightness as to be certain that anyone who calls out a mistake must be driven by envy and resentment, even when they are in fact motivated—and compensated—to ensure fairness.

In the podcast, this realization segues into another story, this time a U.C. Berkeley psychology professor's study of entitlement, conditioned on his experience of almost being run over by the driver of a black Mercedes who evidently believed the four-way stop he ran didn't apply to him. Here's the experiment set up to explore this behavior:

Michael Lewis: So Dacher and a colleague dreamed up this weird experiment. They hid two Berkeley undergraduates in the bushes near four-way stop signs. The undergrads noted the makes of all cars coming through the intersection, assigned them numbers, one to five, according to their market value. A new Mercedes was a five, a Honda was a three, and an old Pacer was a one.

Dacher Keltner: We positioned a Berkeley undergrad by a pedestrian zone, and we make sure they look like they want to cross the street. And they're sort of leaning into their pedestrian zone, where it's required by California law to stop.

<Doesn't this just sum up our moment? The overconfidence of the privileged and sadly, so many people's willingness to buy it. The narcissism of the star and the legions who pay obeisance, perpetually running defense for their heroes' egos. The cozy certainty that in the place of privilege, the rules don't apply.

My hope comes from three places. First the 45 percent of clunker drivers who played by the rules (my own ride is a 1997 Honda Civic, so I'm fairly sure I'd be slotted into that category too). Second the evergreen truth of human potential, that when we become aware that we've internalized the oppressor, believing the powerful propaganda of privilege and tailoring our own actions to suit it, we can stop.

And third, this story about Draymond Green, a star of the Warriors, the top team (and collectively the top pursuer of referees and top complainer about rules), which suggests that the people who benefit from the performance of privilege can decide to stop. Green recounts how is son emulated the questionable behavior of star players, including himself, inspiring him to tone down his belligerent antics even as he kept on scoring high:

"I Know I've Been Changed" by Leo Bud Welch.