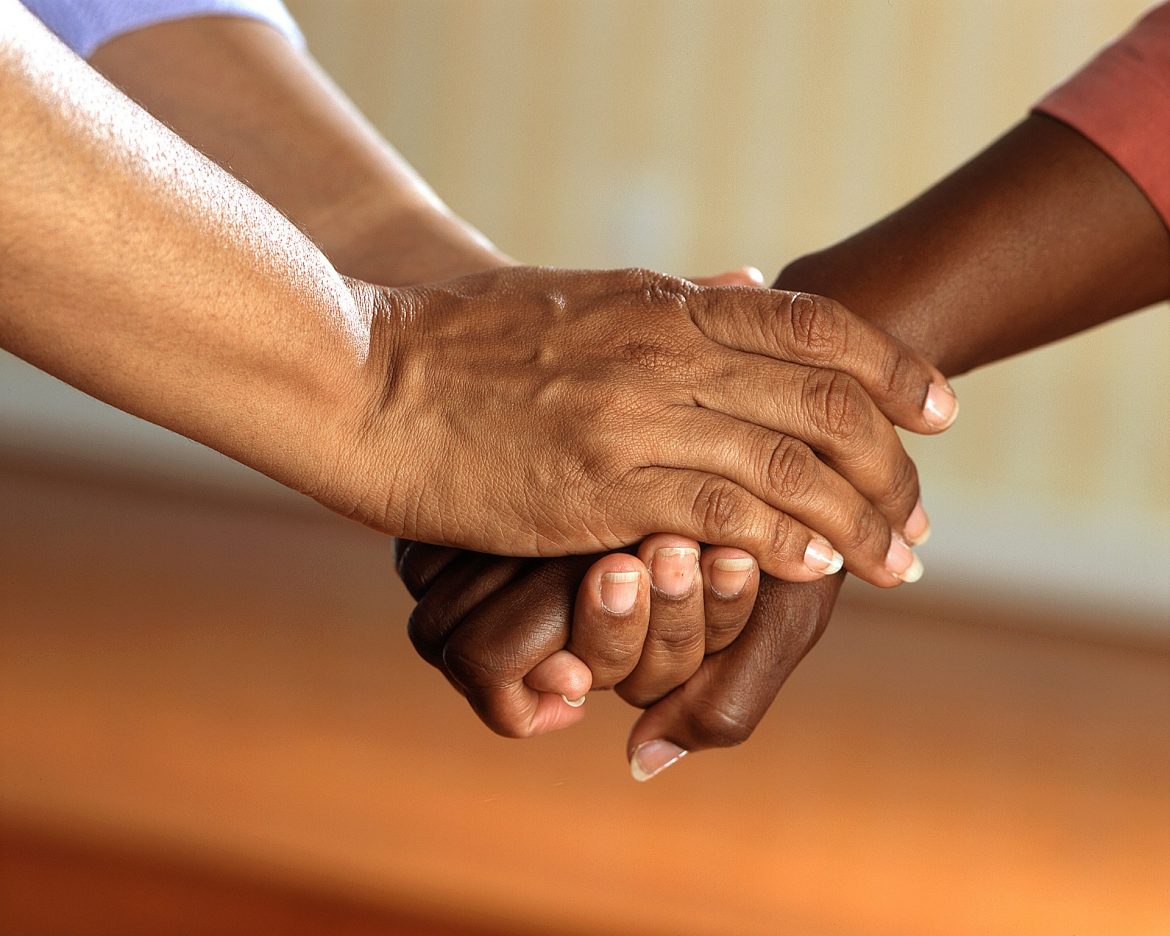 Image by skeeze on Pixabay.

Editor's Note: Zalman Kastel is one of the most progressive thinkers to emerge from the Lubavitch movement of Hasidim. I met him in Australia more than a decade ago when I was a speaker at the Parliament of World Religions. I apologize for having an article that refers to God as "he" but this is his tradition and mine is to let authentic progressive voices speak in their own language, though noting that we at Tikkun think that in this historic moment we prefer to refer to God as S/He indicating our sense that words do have an impact and we are not interested in strengthening patriarchal assumptions. But Zalman spends full time now working to heal the rifts between Jews, Muslims and other faith traditions. He is not patriarchal in his actual practice. So I'm sending his letter and article and may from time to time put up other notes from him!--Rabbi Michael Lerner

From Rabbi Zalman Kastel:
Last week I spoke at a Mosque on the topic of mental health. I present my thoughts below with some reservation, as this a challenging topic. I learned something in my study of the topic and I hope the insights I share from my tradition will be of interest to you. A key idea is that while no one should be shamed for feeling despondent or depressed, these feelings can both lead to reflection and growth as well as pose a risk to spirituality.
The talk was very well received at the Mosque. The Imam on the panel also spoke very powerfully and it was a privilege to be on a panel with him. I welcome your thoughts.
Warm regards
Zalman

One day, I stood in my school library and looked at the bookshelves. I was not looking for a book. I was just feeling down. A fellow student named Yossi came into the library and asked me what was wrong. I could tell, from the way he talked, from his tone and body language, that he cared. So I blurted out that I was never going to be anyone, I would never end up doing anything exciting in my life, I would be one of the “botched and befuddled, huddled masses” that Robin Williams’ character talked about in the movie “The Fisher King”. Yossi asked me why I thought this. “Because I am a yukel!” (1)I replied. "That’s why!” He said I should not believe that about myself.

I have never forgotten that very short, caring conversation Yossi and I had, as 15 year old boys, over thirty years ago. He was like an angel sent to me when I needed it. I reiterate Imam Farhan’s guidance in his talk prior to mine: if we see someone who is feeling down and we are approached for moral support, we must make the time to provide it.

In addition to the support we get from each other, we can also, as the Imam stated, draw strength from our faith. One lesson in my tradition is that God has infinite capacity for forgiveness:  if He can forgive me, surely, I can forgive myself (2).

We must differentiate between clinical depression and low moods, because these are not identical phenomena; however there is certainly overlap between these states (3). I agree with the Imam that there are situations when professional help is the responsible path to take. However, it is also useful to explore how our mental state is influenced by our spirituality, and how our mental state, in turn, can impact on the spiritual and ethical dimensions of our lives.

Sadness is quite appropriate and beneficial (4) at certain times. For example, sadness can lead to repentance, reflection, or heightened sensitivity to the plight of others. Being sad or depressed is not shameful. The secondary suffering that comes from people feeling ashamed that they are not upbeat all the time, is terribly harmful and unwarranted. It is ok, sometimes, to not feel ok. Furthermore, if I feel disappointed about my energy levels, I can remind myself that  I am not to blame for my nature because “I have not created myself” (5). However, I need to balance my rejection of shame and guilt about my sadness with recognition of its possible harmful repercussions.

My community, the Hasidim, say: ”Melancholy is not a sin, but the spiritual damage it can do, no sin can do.” (6) This assertion is explained by using a metaphor of physical wrestlers. If one wrestler is in good spirits and the other is sluggish and sad, the weaker wrestler who is in high spirits, can easily overcome his sluggish, stronger opponent (7). The same is true for the inner jihad, the spiritual struggle with oneself (8). If we are in deep sadness, we have little energy to overcome our evil inclination, the “Nefesh Habehamis”, our animal soul, or, as Muslims might refer to it, the “Nafs” (9). Although depression is not shameful, it is often spiritually inconvenient.

The destructive potential of melancholy can be linked to the Genesis account of Cain, the son of Adam and Eve. He brought an offering to God of the fruit of the land. His brother Abel also brought an offering, of the firstborn of his flocks and of their fattest. The Lord turned to Abel and to his offering. But to Cain and to his offering, He did not turn. This angered Cain exceedingly, and “his face fell” (10). Cain was “despising himself” (11) when he saw how God not only rejected his poor quality offering, but him personally, as a lowly person, of poor character (12).

God invited Cain to reflect on his anger and dejection, but Cain declined. Shortly thereafter, Cain murdered his brother Abel.

Another example is the story of King Ahab and Naboth:

Naboth had a vineyard next to the palace of Ahab, the king of Samaria. Ahab asked Naboth to sell him the vineyard. Naboth refused to sell the inheritance of his forefathers to the King. “Ahab came to his house sad and upset because of [Naboth’s refusal]. He lay on his bed, turned his face away, and did not eat bread”. Queen Jezebel advised Ahab to frame Naboth. "Proclaim a fast and place Naboth in the forefront of the people. Set up two wicked men opposite him and they will testify [falsely] against him saying, 'You have cursed God and the king.'”  The plan went ahead and Naboth was killed. Ahab then stole the vineyard (13).

In both of these cases, the murderer was in a poor mental state prior to the crime. Neither man received or, in the case of Cain, accepted help to deal with this.

After the second “angel’s touch”, Elijah rose. Now, two of our stories converge. Elijah was sent to King Ahab with a stinging rebuke about what he did to Naboth, “Have you murdered and also inherited?!” (16).

To look after ourselves and each other emotionally and mentally, is a challenging religious responsibility.  Feeling depressed is not shameful; it is, at least partly, God’s doing. Many of us have experienced depression at some stage of our lives; in fact, it has even afflicted biblical prophets and kings. Sometimes, people need to be alone in their sadness. This must be respected. However, there are other situations where there is a need for, and openness to, being touched by an angel. Let us be that angel for those who are open to it. Further, when need support ourselves, let us find the strength to seek it, when it is right for us. Let us try our best to accept support by those angels who offer a loving touch.

1)     The Yiddish word “yukel”, as we used it in our subculture, could be translated as a loser, and has connotations of weakness, the opposite of someone charismatic and at the top of the social food chain.

8)     Well-known Islamic teaching, about the greater jihad being the battle within oneself. Also cited in R. Bachya ibn Pakuda in Chovot Halevavot, but attributed to an anonymous “pious one”.

9)     S and Sh sounds are interchangeable in Hebrew, the Hebrew word Nefesh, soul, appears linked to the Arabic word Nafs.

17)  Thanks for inspiration on this topic to Rabbi Nicole Guzik and her article https://namisanmateo.org/judaism-and-mental-illness/