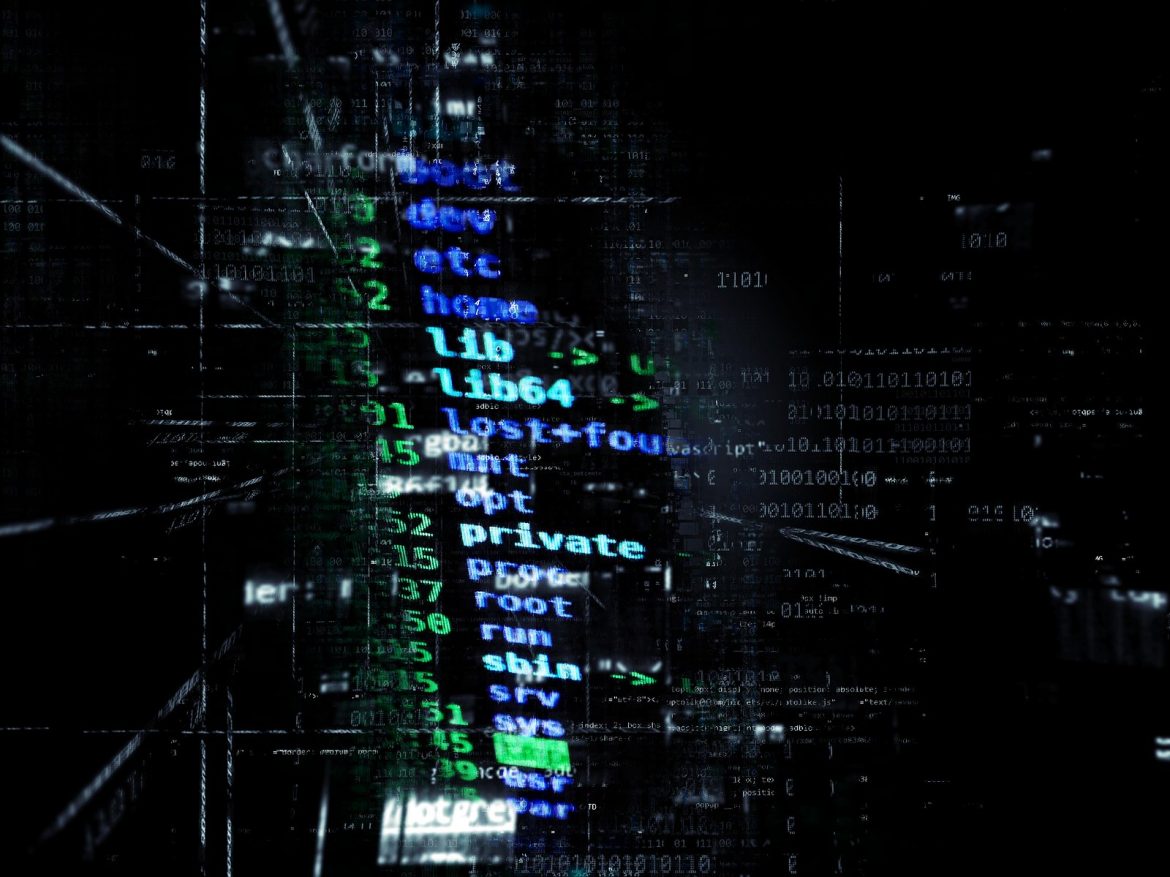 While Israel’s Occupation of the West Bank and Gaza is frequently described in terms of walls and checkpoints, there’s another, critical side of the Occupation that receives much less attention—its expression in the digital realm. For decades, electronic communication in Palestine has been entirely controlled, monitored, and dependent on Israeli technological infrastructure. Even as the Israeli government exerts a more visible rule over the movement of goods and people in the West Bank and Gaza, Israel also exercises tight control over the movement of information between Palestinian landlines, computers, and mobile devices.

It’s what Middle East scholar Helga Tawil-Souri calls a “digital occupation”—a system of control every bit as complete as the blockade that surrounds Gaza. “Just like the ‘physical’ Occupation, there is a semblance of autonomy, there is a façade,” she said in a recent interview. “But there is ultimately no Palestinian control.... The entirety of the Palestinian telecommunications infrastructure is one that is dependent, reliant, and subservient to Israel’s. Everything from spectrum allocation to the designation of area codes, from location of fiber-optic cables to cellular towers, is ultimately under Israeli control.”

During the recent conflict, the IDF’s policy of texting “warning” messages to specific Gaza residents dramatically illustrated what this kind of control can mean. Ostensibly designed to protect civilians caught up in fighting, the warnings single out individual families and households with terse, sometimes cryptic messages before an attack begins. Although it regularly attacks civilian infrastructure, the IDF claims that messages like these turn these areas into “legitimate targets.”

The warnings take different forms. Shortly before its ground invasion began this past July, the IDF called some 100,000 Gazan residents. “Get out,” said a recorded voice in Arabic, “you have five minutes before the rockets come.” But warnings are not always so matter-of-fact. A few days into the invasion, the IDF was set to attack the impoverished Gaza City neighborhood of Shejaiya. Residents there reported getting a text that read “You’ve never seen anything like this,” shortly before their neighborhood was leveled.

The warnings can also be inconsistent. Sometimes residents receive a phone call, or a text message, or a “roof knock” bomb above their building warning of a much larger attack, and sometimes residents get no warning at all. Other times a building may receive one or two warnings but no attack, leading some critics to label the practice a form of psychological warfare.

But for Tawil-Souri, the big takeaway from the IDF’s “technologies of warning” is what it says about the Israeli government’s control over Palestinian communication. Not only does Israel have the authority to approve or deny all technology, infrastructure, and even basic repairs to the system, it also has the power to cut service at will and use it toward its own military ends. “There is nothing mysterious about it,” she writes in a recent blog post. “Just as Israel has control over the airspace over Gaza (and the West Bank too), over naval space, over borders, it has full control over the electromagnetic spectrum.”

Now on paper, Palestine has every right to build and maintain its own, independent network of landlines, cell phones, and internet access infrastructure. The Second Oslo Accords, signed in 1995, guarantee that Palestine “has the right to build and operate separate and independent communication systems and infrastructures including telecommunication networks.” Up until the signing of those accords, the Israeli government owned and controlled all communication infrastructure inside and outside of Palestine. And it didn’t do a very good job: just 2 percent of Palestinian households owned a landline in 1994.

But Oslo promised to change all that. And on paper, it did. Today Palestinians have their own telecom, PalTel, which provides landline, mobile, internet, and a handful of other communication services through itself and its subsidiaries, all of which are run by Palestinians and based in Ramallah. According to the OpenNet Initiative, a full 96 percent of Palestinians in the West Bank and Gaza have a landline and close to a third have internet access in their homes. This makes Palestine one of the most connected conflict zones in the world.

But as is true for most aspects of post-Oslo Palestine, reality is far from what’s on paper. Although Palestinian phone lines and web connections are nominally independent, Palestine’s communications system is structured by the demands of the Occupation at every level.

And in fact, this arrangement itself goes back to Oslo. Although the agreement gave Palestinians the “right” to own and operate their own system, it also stipulated that full independence would come “only when the independent Palestinian network is operational.” With Israel tightly regulating all technology going in and out of the West Bank and Gaza, as well as construction within those regions, an independent, operational network never materialized.

Instead, all phone calls, mobile connections, and internet traffic in Palestine remain heavily dependent on Israeli infrastructure. All routing switches, cell towers, and gateway switches that PalTel uses are located in Israeli-controlled territory. This means that when a resident of Gaza calls her next-door neighbor, the call is routed through infrastructure in Israel. The same is true of mobile and internet traffic. Hadara, a Palestinian ISP owned by PalTel, doesn’t have the capacity to connect directly to the web—rather, they rely exclusively on bandwidth bought from an Israeli ISP.

And that bandwidth is in short supply, says Tawil-Souri. The average Palestinian subscriber contends with a download rate of around 2 megabytes per second (mbps). By contrast, the average rate in Israel, as in Europe and the U.S., is closer to 27 mbps. Technology across the board is badly out of date. Jawwal, a Palestinian mobile carrier owned by PalTel, maintains a network built for around 120,000 users but currently serves closer to 1.5 million. Predictably, this makes service pretty unreliable. Mobile calls throughout the West Bank and Gaza are frequently lost, particularly near hilly terrain.

Coverage like this can present a logistical nightmare for users, especially for those who are moving around. “Whenever I travel [to] Palestine, I have to use three different cell-phone devices, each with a different SIM card,” writes Jordan-based journalist Daoud Kuttab for Al-Monitor. That’s one for places like Hebron and Bethlehem, which are covered by Jawwal, though not near large hills; one for places like Jerusalem, which only receive Israeli coverage; and one for international calls, which can be very expensive for those who are stuck with a Palestinian carrier. On top of all that, because Jawwal doesn’t offer 3G service, data sharing requires a fourth device. According to Kuttab, while Jawwal has both the equipment and permission from the Palestinian Authority to provide 3G service, Israel has barred the technology throughout the West Bank and Gaza. No 3G means no data sharing—a serious impediment to reporting in a conflict zone.

Another serious problem for reporters and residents alike is the frequent service cuts, which are as common during wartime as during periods of peace. And that doesn’t just mean dropped calls. When Gaza lost internet coverage one day in August 2011, it also lost mobile and international phone service. The blackout lasted up to 18 hours for some users, stoking fears throughout Gaza that Israel was planning an attack. When service resumed, the IDF was quick to quell these fears and deny involvement, but separate reports from Al-Jazeera and Ma’an News indicated that the culprit was likely an IDF bulldozer. Reportedly the bulldozer hit several fiber optic cables near the Nahal Oz border crossing with Israel.

And service cuts like these are surprisingly common, especially during fighting. Most recently, the IDF cut mobile phone service in Gaza shortly before its ground invasion began on July 16. The blackout made it difficult, if not impossible, for residents to contact family and friends during the assault, or for the wounded to reach critical medical assistance. It also made it much harder for journalists to report on the conflict, even as it escalated sharply with the Israeli invasion.

Not only that, PalTel’s system suffered tremendous damage during the Israeli assault. Two weeks into the ground invasion, PalTel reported that 80 percent of its mobile infrastructure had been damaged, along with more than 20 internet towers. Fiber optic cables, mobile phone towers, and phone cables have also been bombed, leading PalTel’s CEO to estimate a total repair cost in the tens of millions of dollars. Like other aspects of Israeli control, Palestine’s digital Occupation has a profound impact on daily life, both during conflict and times of peace.

Sam Ross-Brown is a media policy reporter with the Media Consortium. His writing has appeared in Utne Reader, In These Times, The Indypendent, and DailyKos.com.